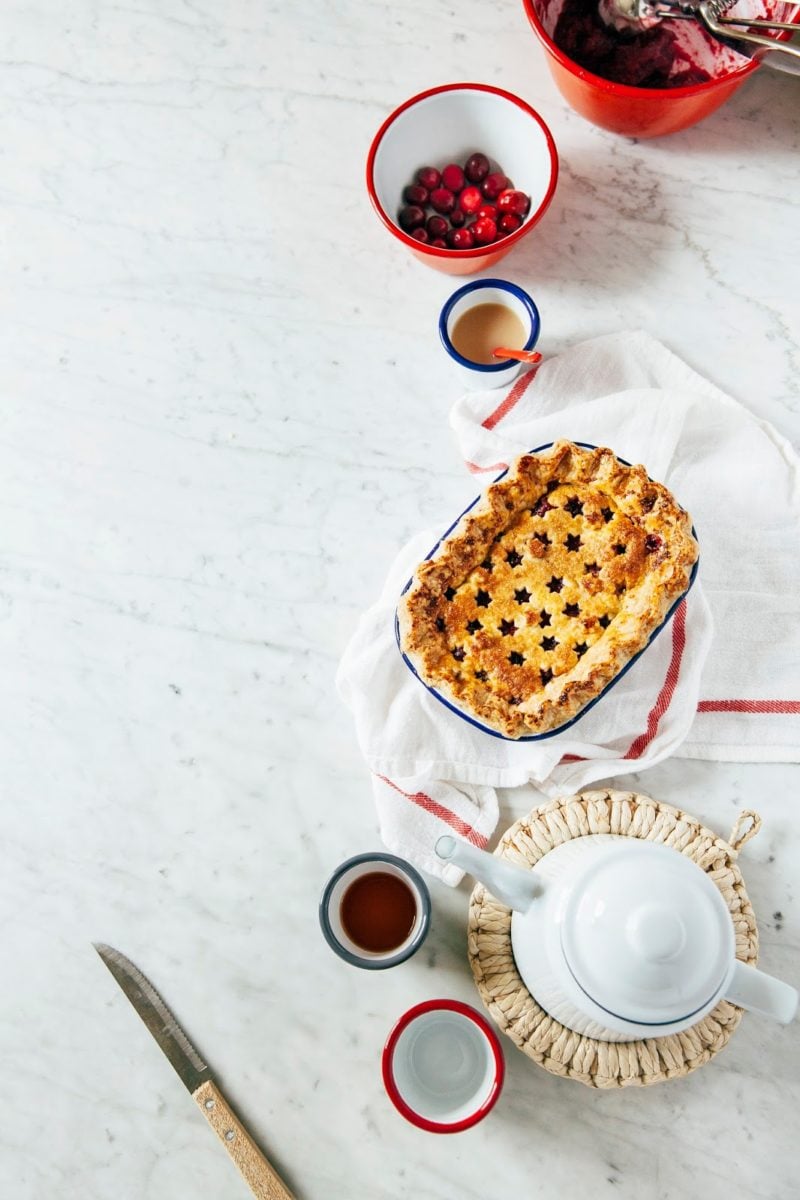 Every time I make a pie, it feels like a freaking marathon: the constant rolling and re-rolling of the dough, the chilling and re-chilling of the pie, the crimping, the latticing, the filling. And I don’t even rest easy after the pie has been transferred to the oven; instead, I spend almost the entire hour […] 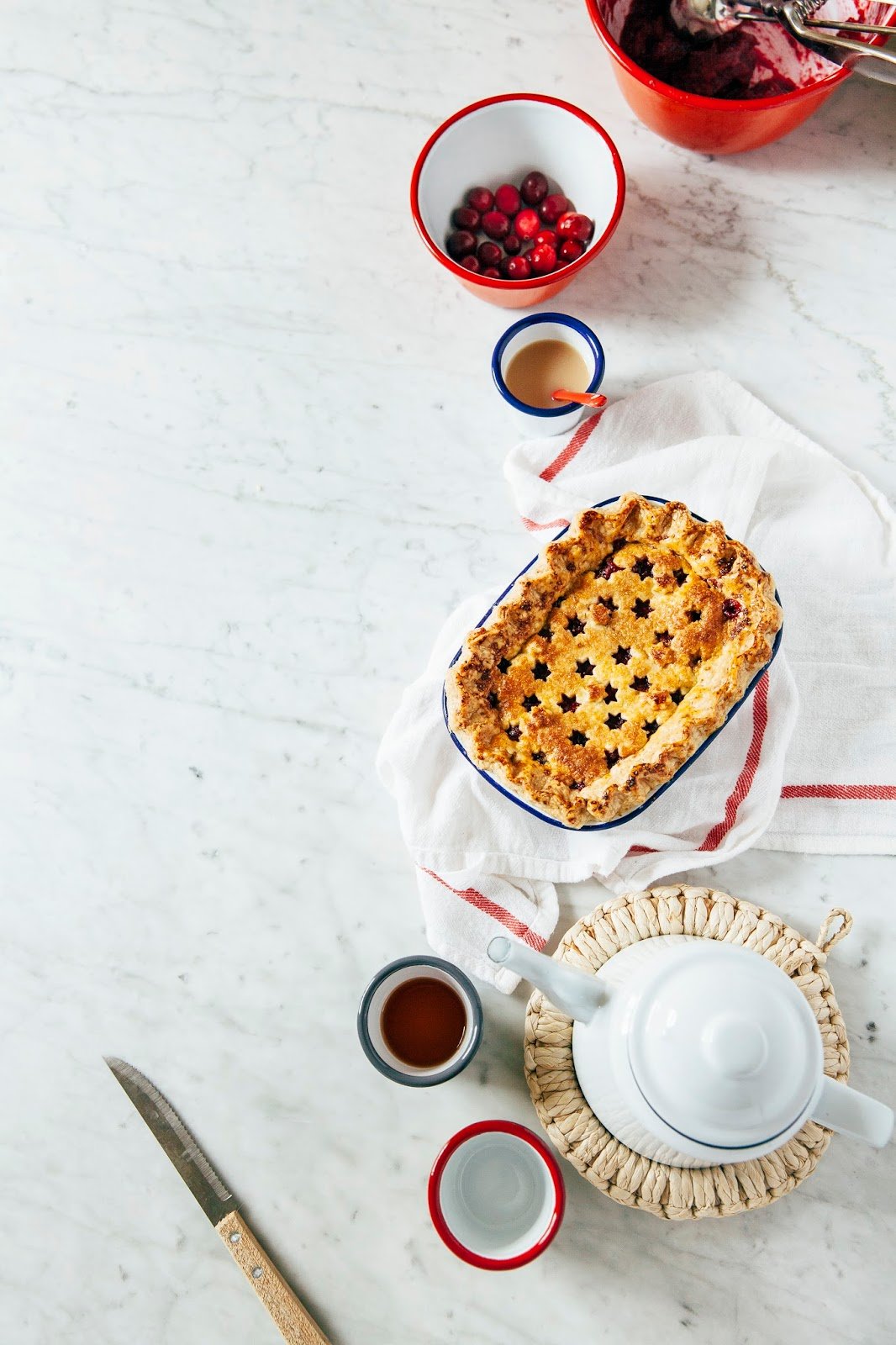 Every time I make a pie, it feels like a freaking marathon: the constant rolling and re-rolling of the dough, the chilling and re-chilling of the pie, the crimping, the latticing, the filling. And I don’t even rest easy after the pie has been transferred to the oven; instead, I spend almost the entire hour crouched by the oven window, coordinating my Spotify to the pie’s progress (a crust that loses its shape and melts slowly away usually gets a soundtrack of Bon Iver), all the while texting friends and tweeting panicked updates. Because after all that work, I don’t even know if my pie will turn out well — I’ve talked about this before, but I’ve never been the world’s best pie maker. Despite my best efforts, my pies never turn out as pretty as the ones I see on Pinterest. 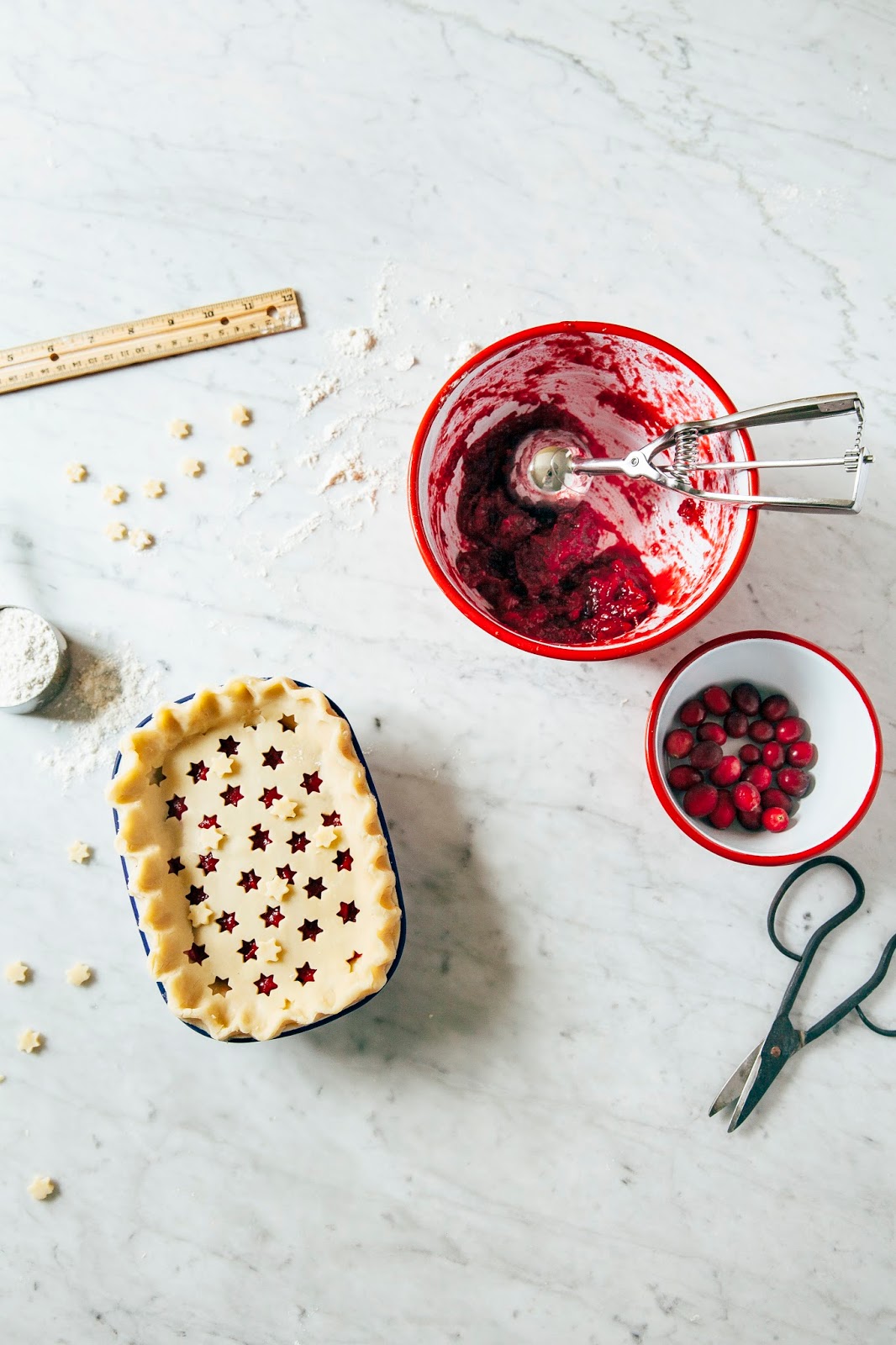 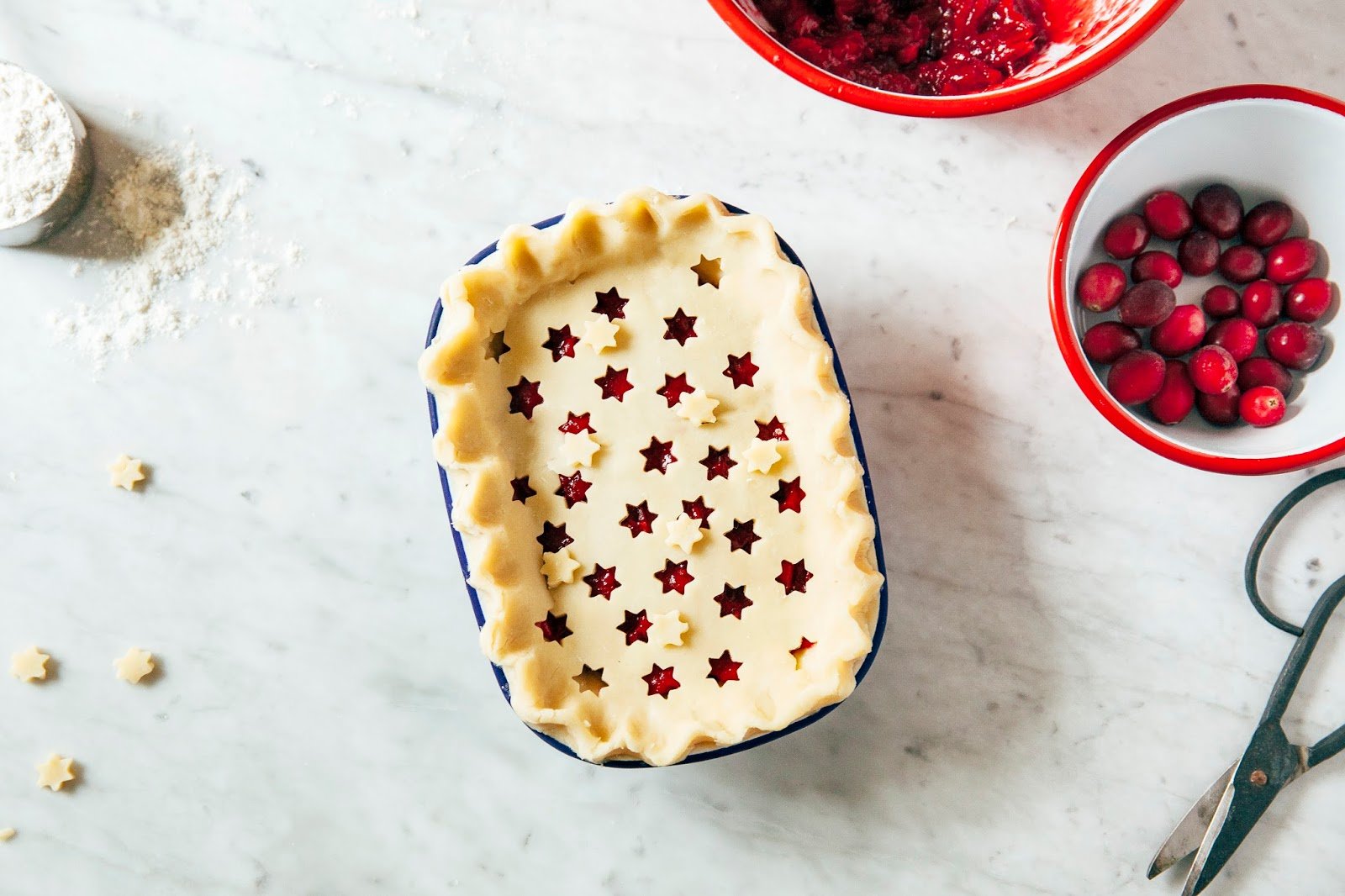 There’s a myth out there that the best pie crusts are all-butter. It’s perpetuated by big food blogs like Food52 and established culinary experts like Serious Eats. An all-butter crust is a right of passage—no, a medal—for people and a chance to brag about bullshit like how their naturally cold hands helps them shape the finnicky dough easily. Right. Whatever.

And for a long time, I bought into that myth. Every recipe I ever tried was made with butter, and butter only. Artificial and highly processed fats like shortening and margarine were out of the question ‘cuz… well, gross.

But what about lard? Lard is also kinda gross if you think about it too much; I mean, after all, it is just PORK FAT. But at least it isn’t as highly processed as shortening and margarine? And although animal fat kinda gets a bad rap in general, more and more studies are showing that it’s actually beneficial for the body to consume a moderate amount of animal fats on occasion. 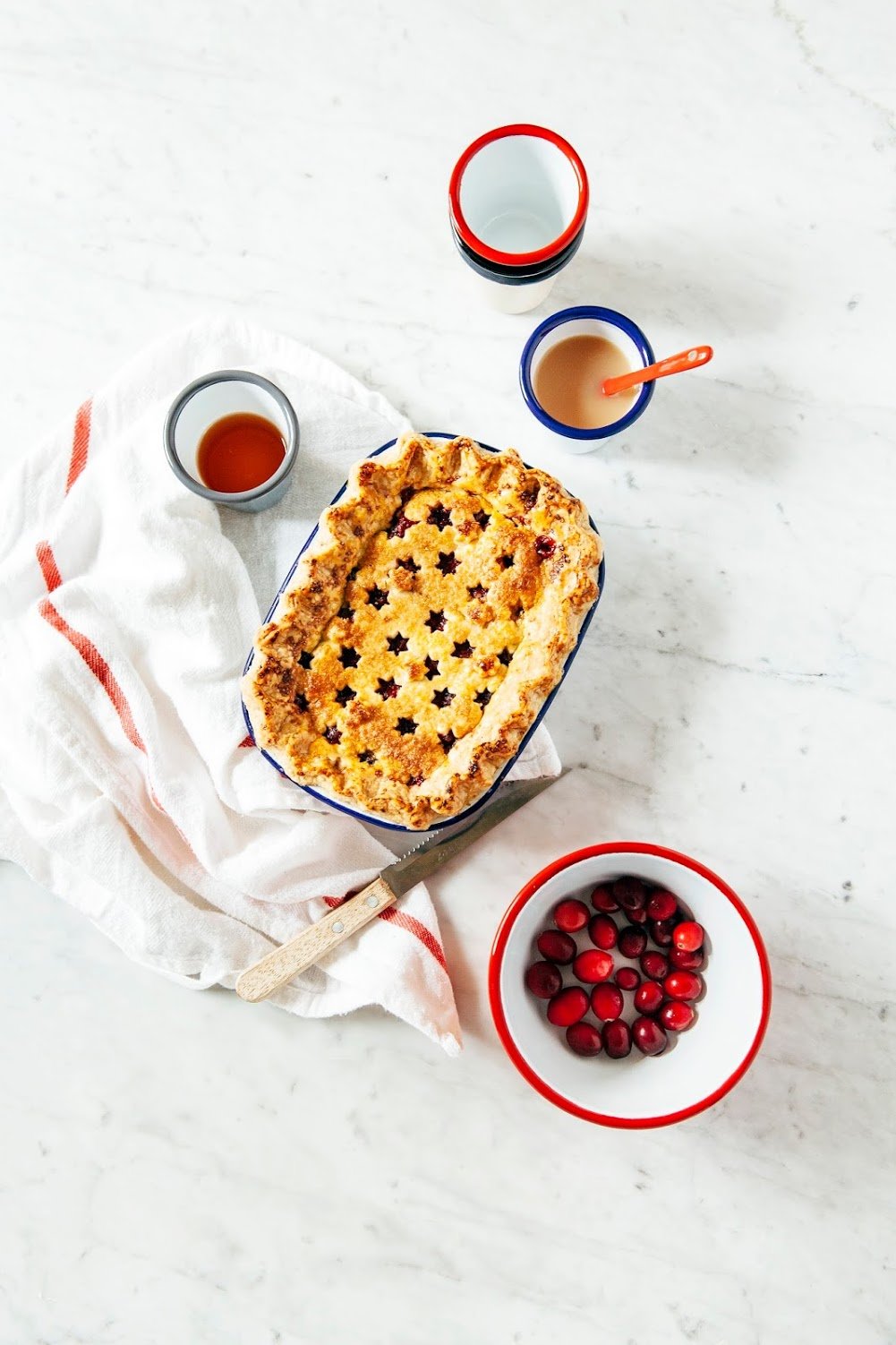 I don’t know what compelled me to finally try using lard in my pie crust, but I’m glad I did. Every lard crust I’ve made has been incredibly flaky and tender — I actually prefer its flavor and texture than that of an all-butter crust. But what’s best about a lard crust is that it’s forgiving. Unlike all-butter crusts, it’s less sticky, more malleable, and perhaps most importantly, almost always holds its shape when baking in the oven.

So with the help of pork fat (of all things!), I might have just conquered the picture perfect pie. Watch out, Pinterest! Me and my lard crust — we’re coming for you. No, really. One of my resolutions this year was to bake more pie. I’m aiming for one pie a month. Is that too ambitious? I don’t know. We’ll find out. Watch this space.

Thank you to Falcon Enamelware for sponsoring this post by providing all the pretty pie plates, tumblers, and prep bowls that you see in the photos. I’m especially excited to work with them as I’ve spent many years lusting after their products at Schoolhouse Electric. These pictures were featured in their December newsletter, which you can sign up for on their site or check out on their Tumblr. As always, all thoughts and opinions are my own, and thank you for supporting Hummingbird High and my sponsors! 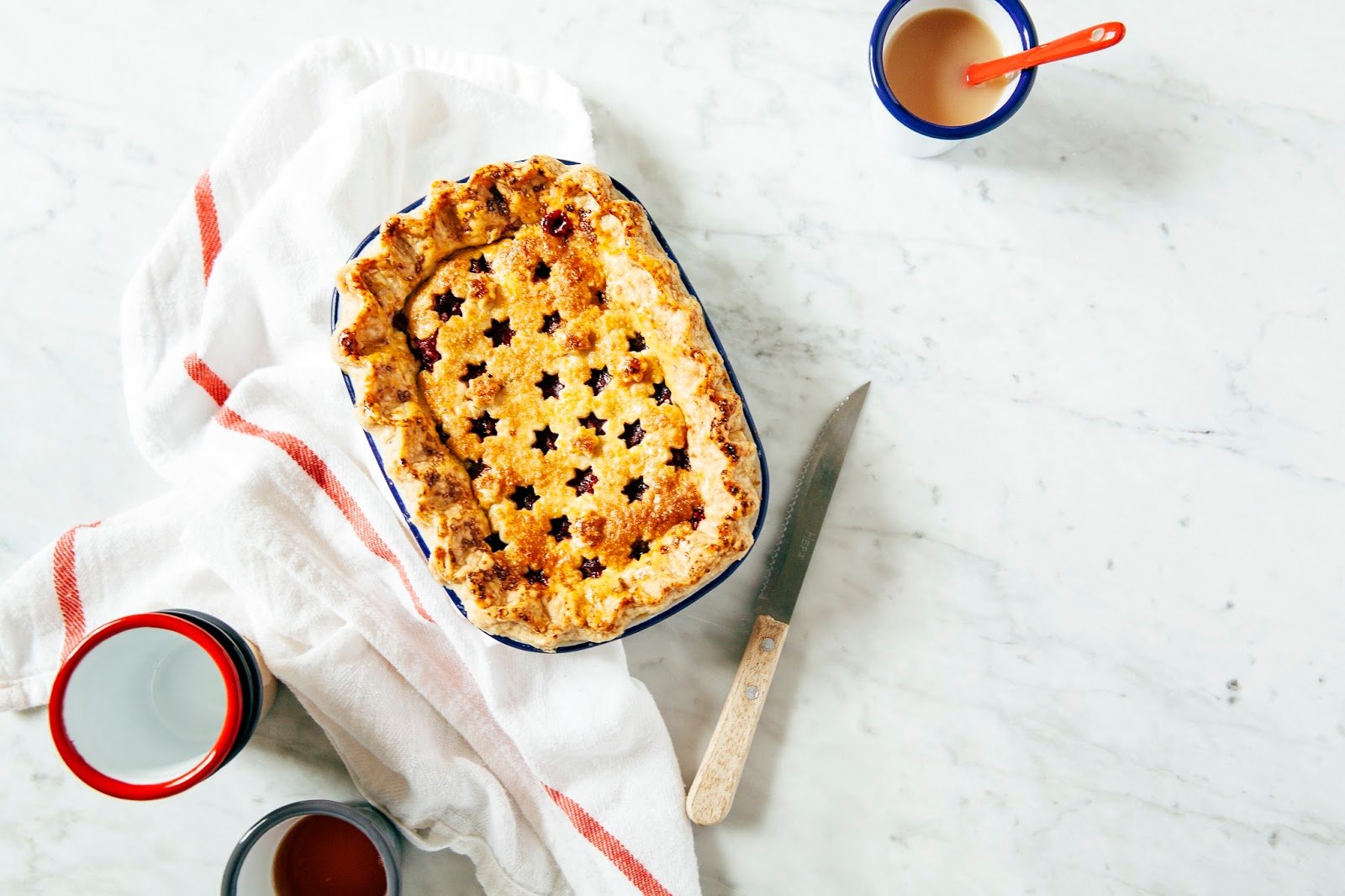 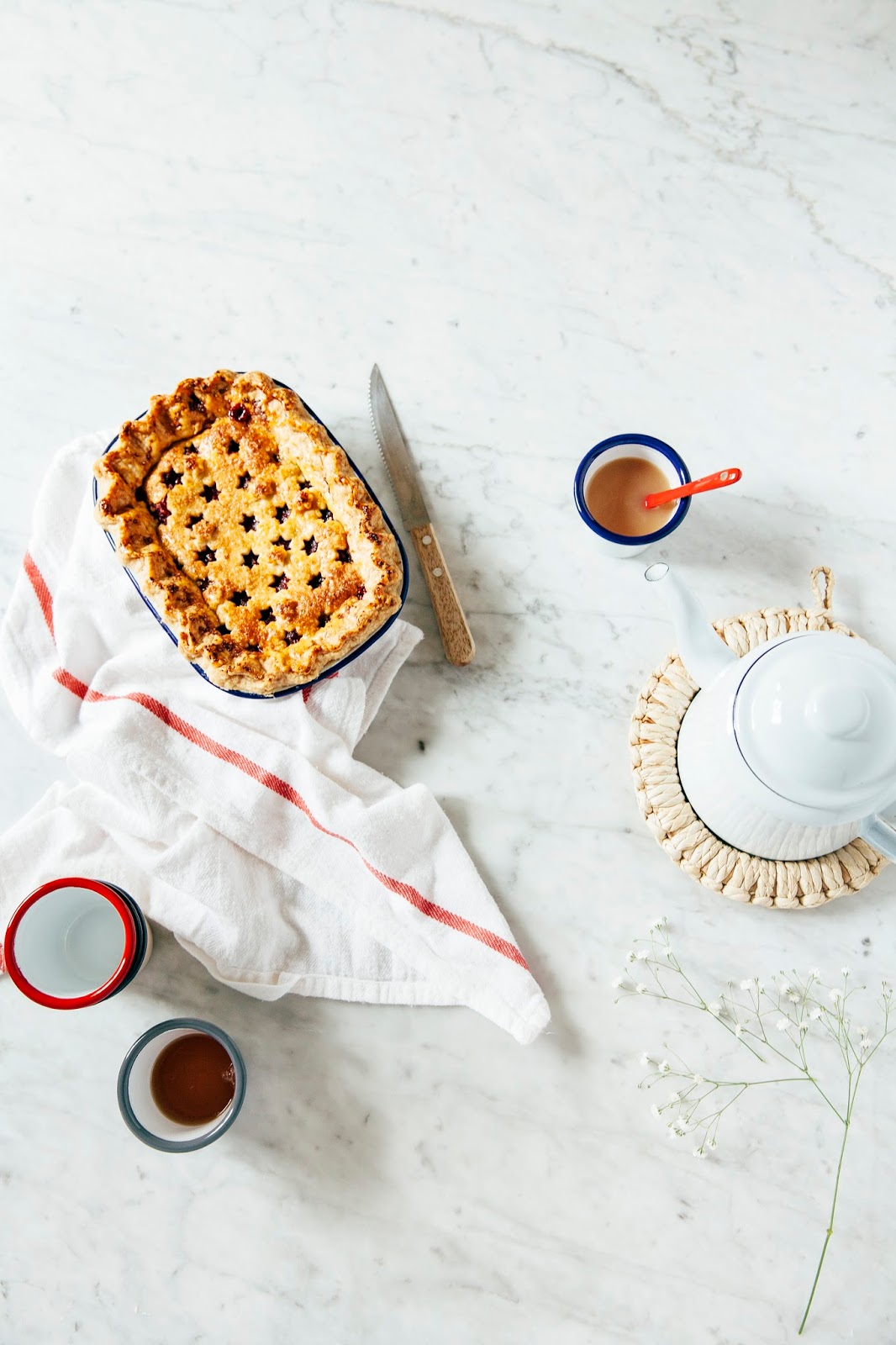 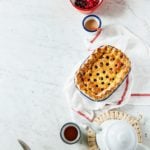 For the Lard and Butter Crust

For the Sour Cranberry Filling

For the Lard and Butter Crust

For the Sour Cranberry Orange Filling

To Bake the Pie