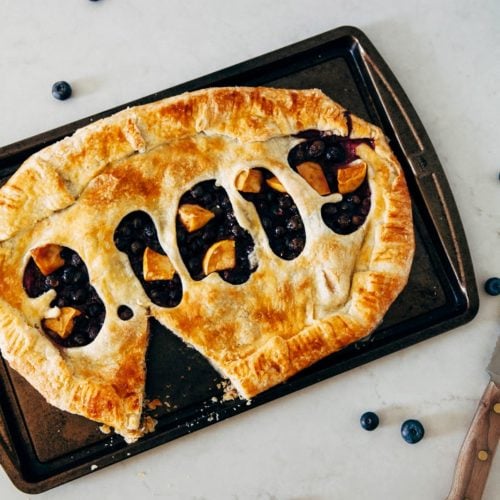 Do you know what the date is, today?

Which matches up with Pi and the first four numbers that follow its decimal point:

This is a once in a lifetime coincidence; the next calendar occurrence will be in 100 years in 2115! In order to mark the occasion, I spent last weekend battling intense jetlag (I had just gotten back from Asia) to test and bake a number of recipes to find one worthy of the celebration. I believe this baby is it: 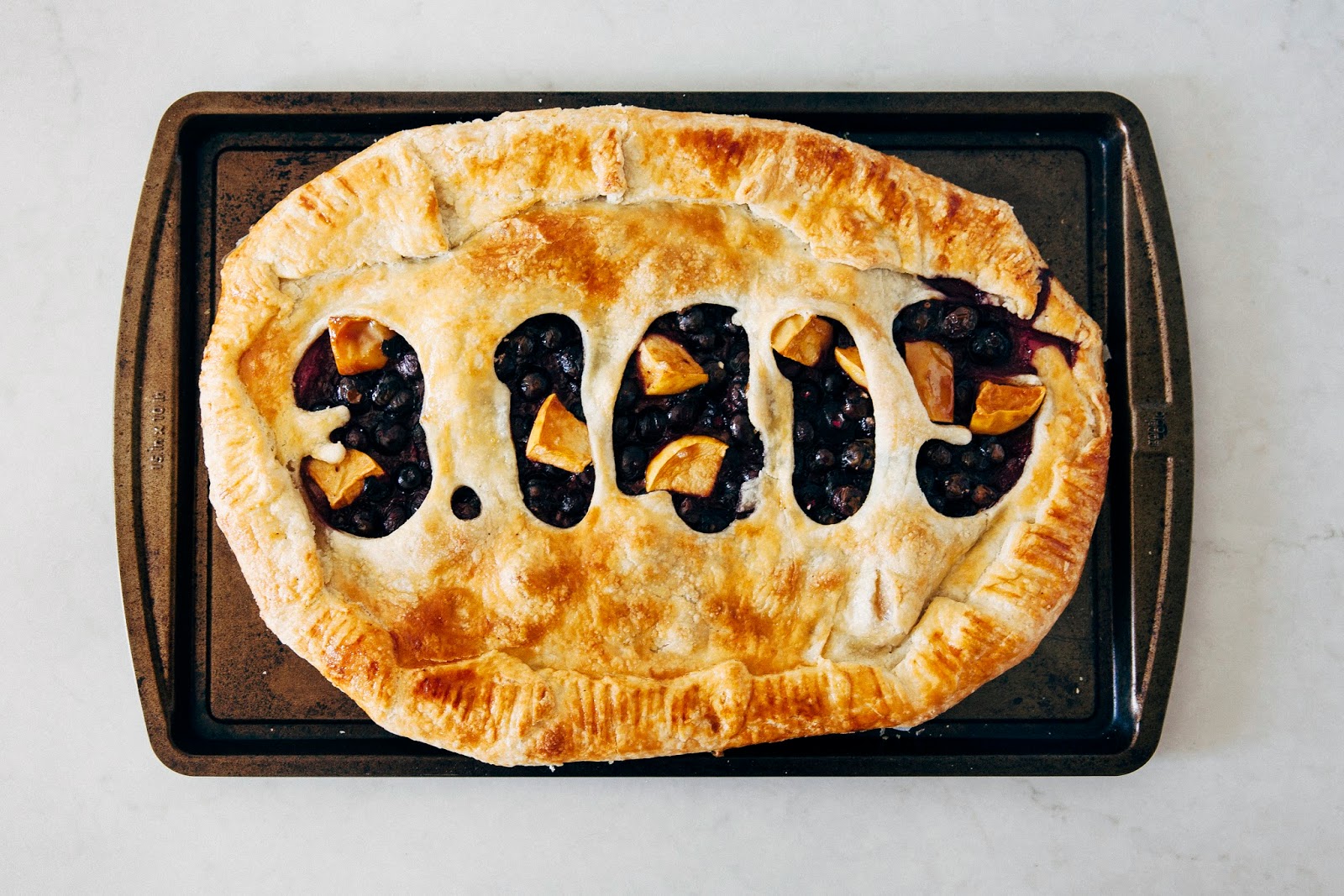 A couple of things:

Yes, yes, I know it’s technically not a “pie” but instead a galette. Yes, yes, yes, a truer homage would have been to keep the pie in a circular shape (because Pi, after all, is the ratio of a circle’s circumference to its diameter), as opposed to the oval above. But come on, cut me some slack! At this point, I was 3 test pies deep, running on about 5 hours of sleep, and just wanted to find a crust that was a) unfussy, b) allowed me to stamp out such HUGE numbers for Pi, and c) tasted good. Because I’m insistent on using all butter crusts (no shortening allowed in my household, them’s the rules), the first two recipes that I tried had illegible numbers since the pie crusts kept shrinking. Oh well. 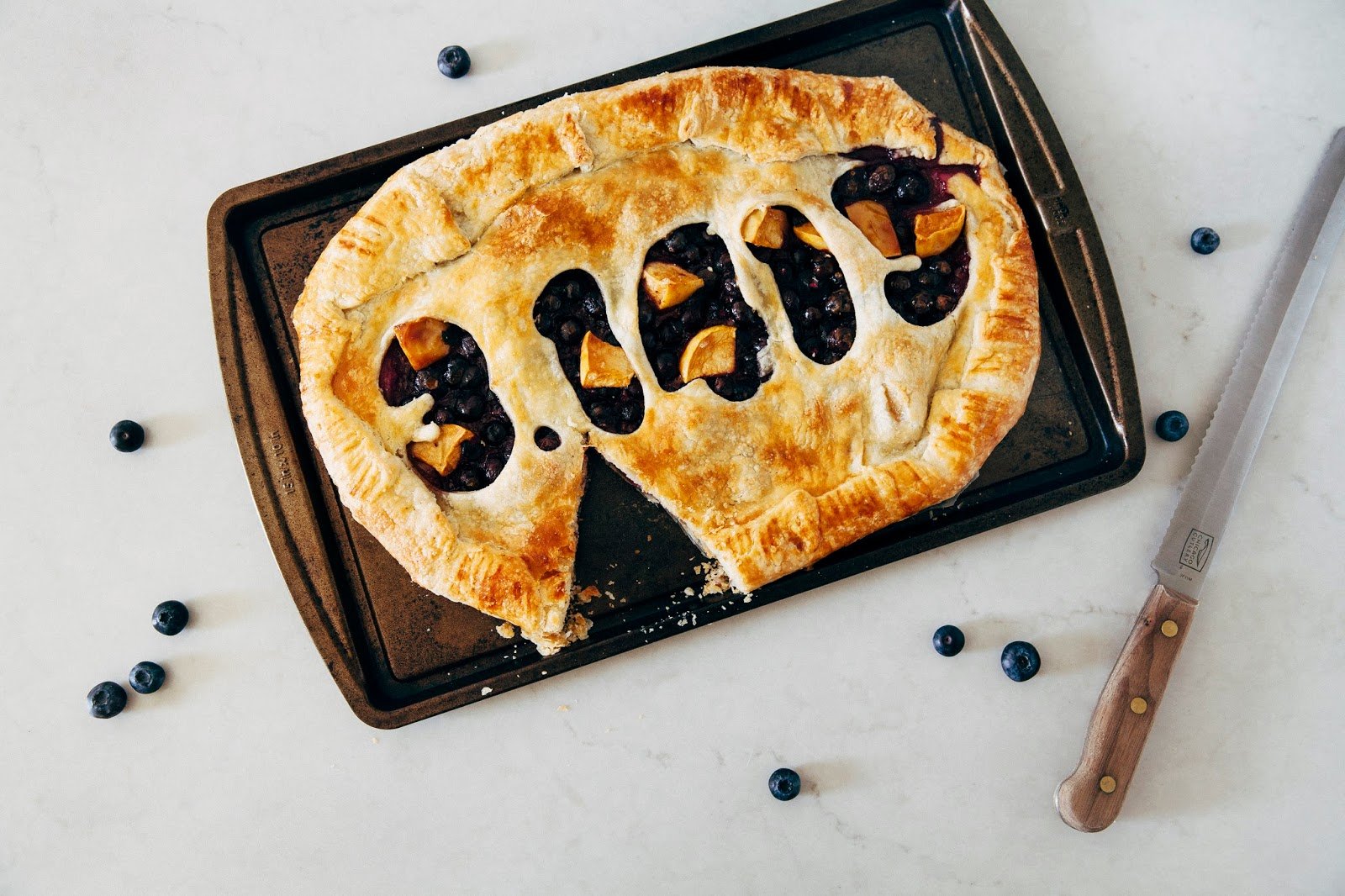 In the end, I used a heavily adapted version of Martha Stewart’s pâte brisée recipe. Pâte brisée is basically French pie crust, but instead of blending the butter in by hand, the French instruct you to use a mixer or food processor to do so. The theory is that a food processor will better distribute the butter throughout the dough, which leads to a flakier, sturdier crust (most French patisserie tends to require a heartier crust to hold all the cream in the pastry). However, with a food processor, it’s easy to overmix the dough, often leading to a crust that’s dense and flat. I ended up finishing the mixing process by hand in order to avoid this problem. My resulting pie crust had a texture that was in between pâte brisée and traditional pie crust: a stronger, heartier crust that allowed me to stamp out and maintain my shapes, but also stayed true to the texture and flavor of good ol’ American pie. Ace.

As for the filling, I was inspired by this blueberry caramel sauce recipe from Bon Appetit that I’ve had bookmarked for many years now. I worried that it might be too intense on its own, so at the last second I added in some Opalescent apple chunks to add some tart bursts of flavor here and there. My worries were in vain — the caramel flavor chilled out in the baking process and blended in wonderfully with the blueberries and apples. It’s definitely a flavor combination I’ll be exploring again soon! 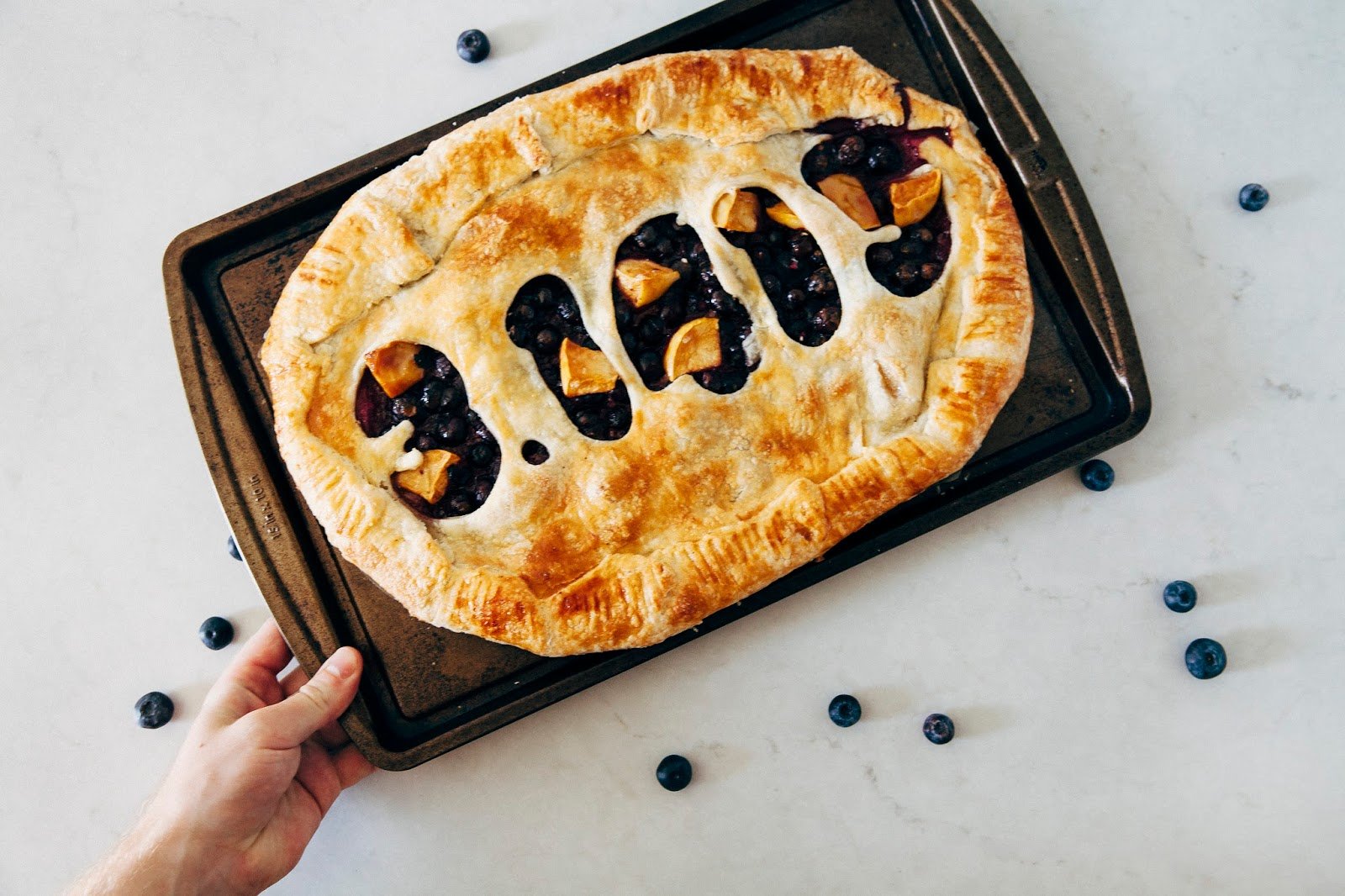 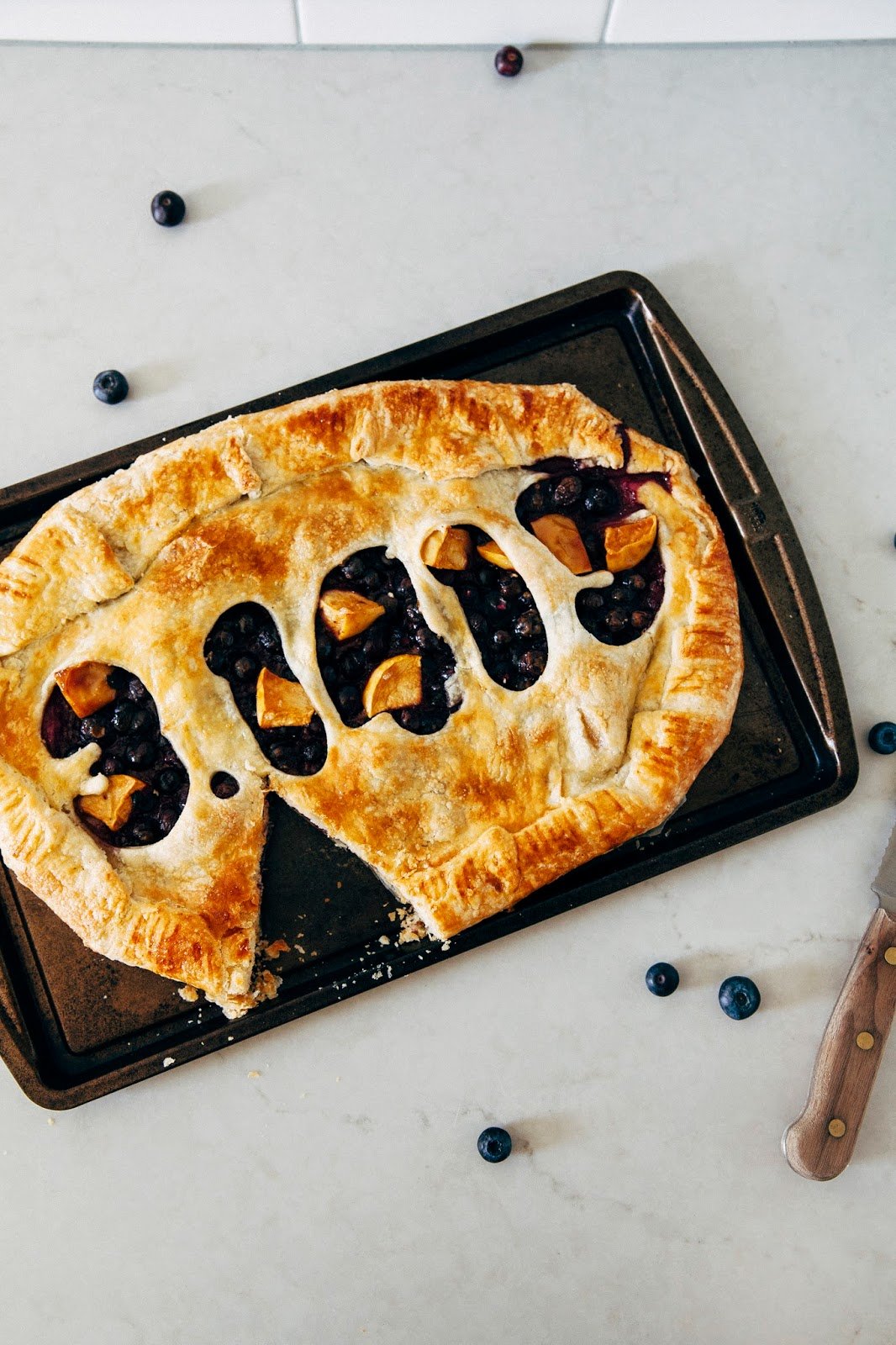 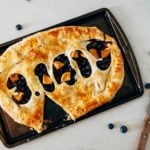 For the Blueberry, Apple and Caramel Filling

For the Blueberry, Apple, and Caramel Filling 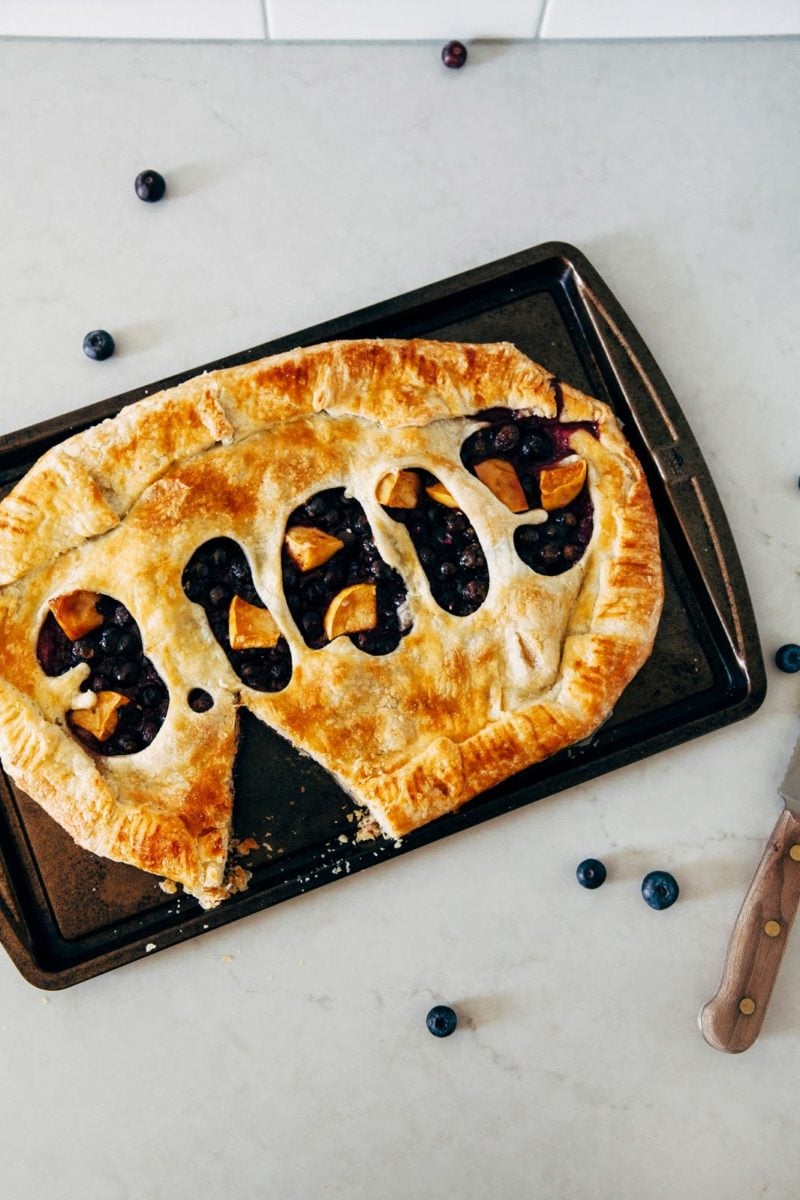