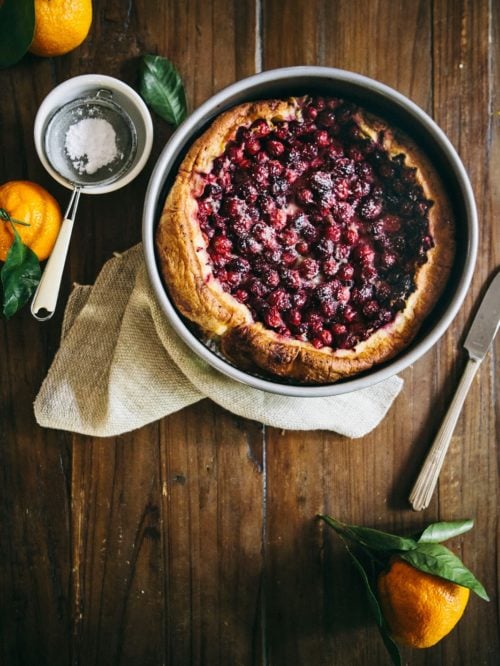 With thousands of food blogs out there on the internet (and growing everyday), it’s becoming increasingly harder to get your blog noticed. Sometimes I’ll get emails from bloggers who are just starting out, asking me for their advice on how to grow their blog audience. I always tell everybody advice that seems like it belongs […] 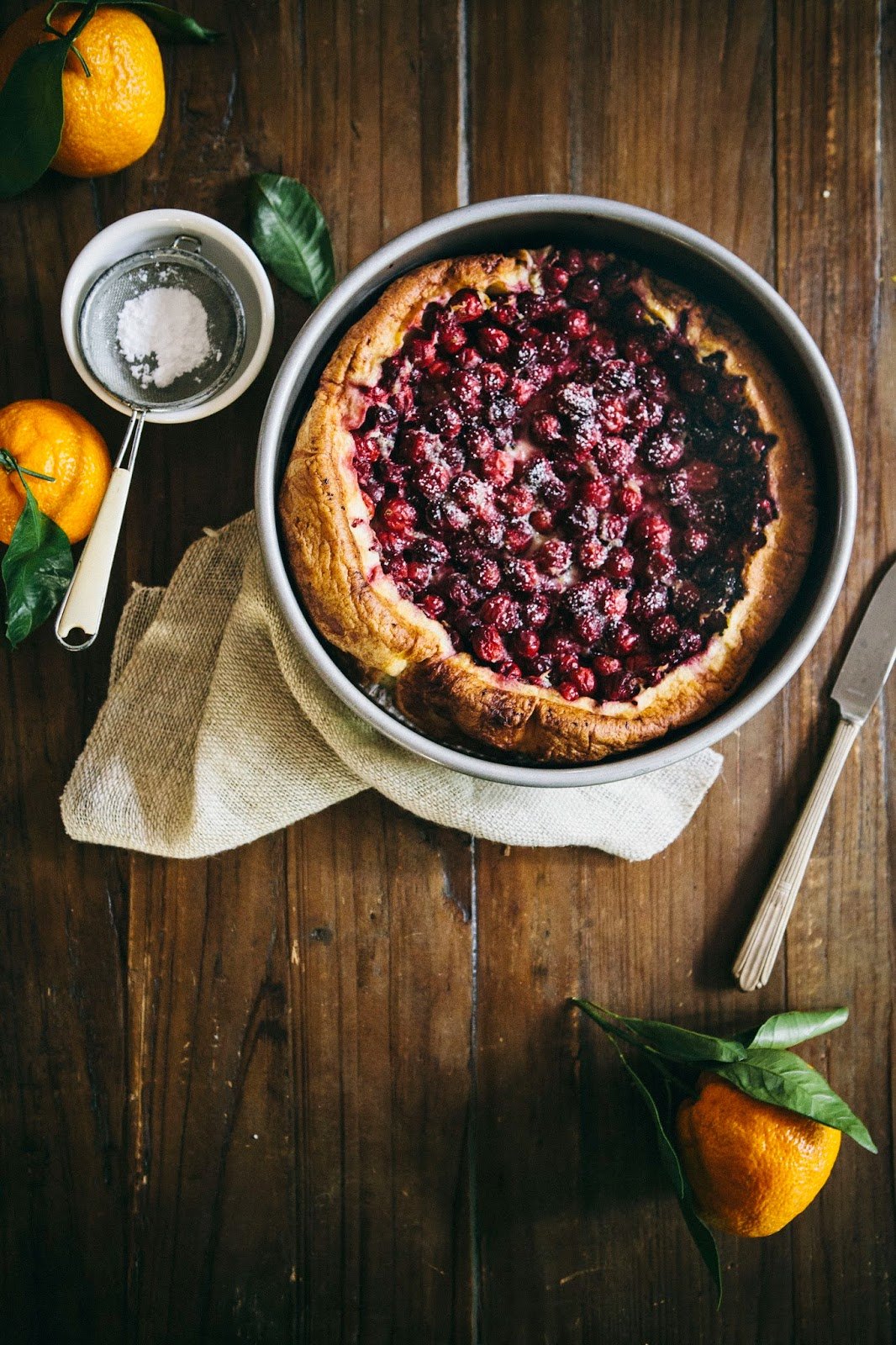 With thousands of food blogs out there on the internet (and growing everyday), it’s becoming increasingly harder to get your blog noticed. Sometimes I’ll get emails from bloggers who are just starting out, asking me for their advice on how to grow their blog audience. I always tell everybody advice that seems like it belongs in a cheesy, after-school special: focus on creating good content (that is, tasty recipes and pretty photographs) and don’t try and pretend to be something you think people want. There are a wealth of blogs out there, but only one you with your own unique voice, experiences and life that people want to read and know about.

And while I generally believe my advice to be true, sometimes, I have to give in to the mean, cynical little voice in my head that says,

But you have to admit… some people just have better lives than others; far better than YOURS.

My mean little voice is, of course, referring to people like Mimi Thorisson, the famed blogger behind Manger. Her blog first skyrocketed to fame several years ago when it was heralded for seasonal, regional and locally-sourced recipes that celebrated provincial French cuisine. Pretty soon, however, Manger inevitably became more about Mimi and her picture-perfect life: because besides the tasty cuisine that she cooks herself, she is also stunningly gorgeous and lives in the French countryside in a beautifully restored farmhouse with her seven children, fourteen dogs and an Icelandic photographer husband named Oddur Thorrison (what a name!). 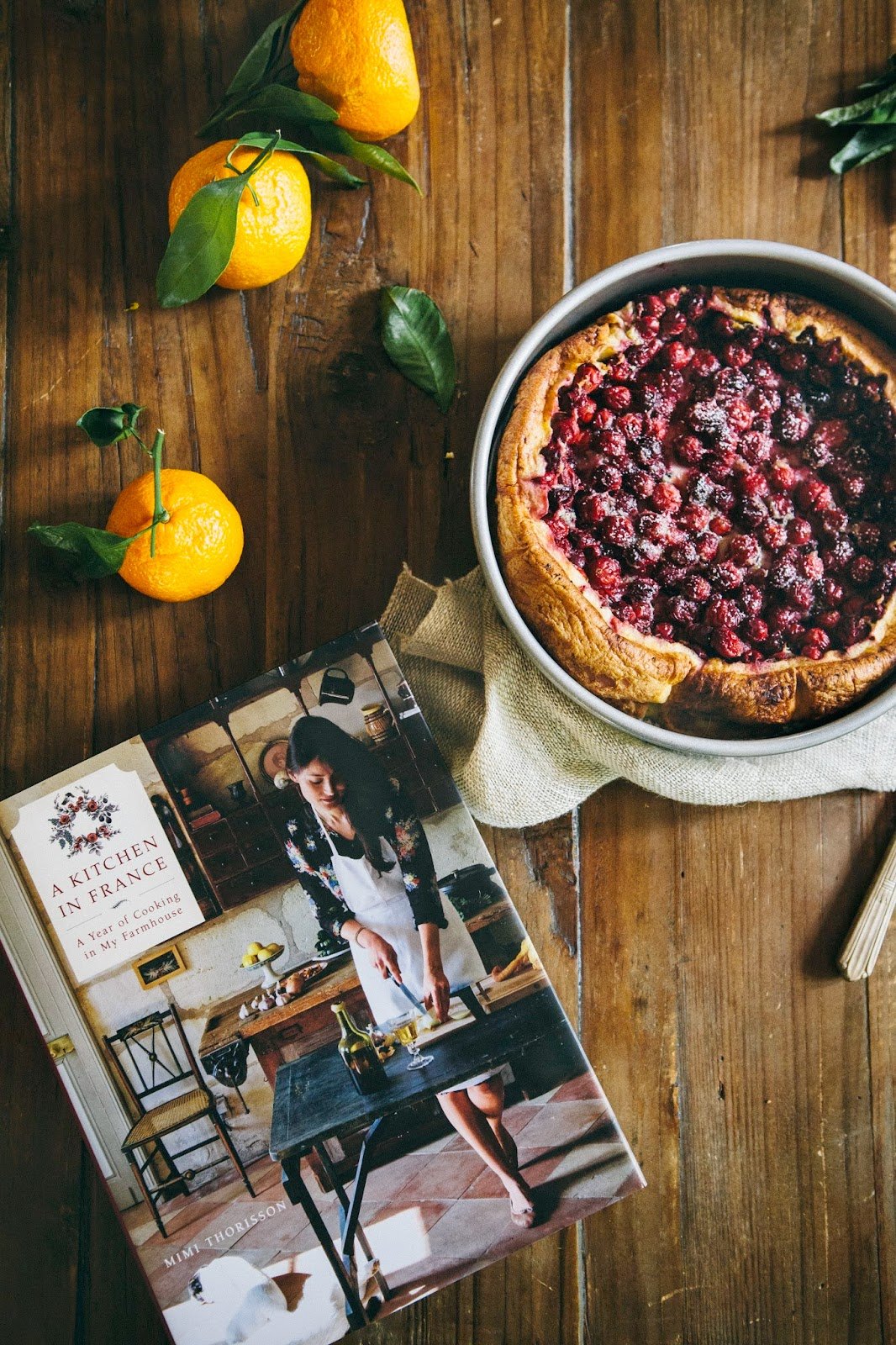 And now, Mimi’s just come out with a new cookbook: A Kitchen in France. The cookbook is every bit as stunning as her blog, if not more so. There’s something so wonderful about being actually able to hold this heavy, hardbound book and fully immerse yourself in Oddur’s beautiful and dramatic photographs of Mimi and her family, their meticulously prepared meals and the French countryside. Every page I turned got me more lost in their elegant, dreamy lives — do real people actually live like this, in restored farmhouses in tiny, pastoral villages where locals stop their cars to pick mushrooms from the road? Apparently so, according to Mimi.

If there’s one complaint I have about the book, it’s also what I love about it so much: the entire thing just seems like a damn fantasy. Undeniably gorgeous on paper and Pinterest, but in real life? Incredibly impractical, bordering almost on inaccessible. The recipes in the book look great, sure, but where on earth was I going to find the the time to make a pie crust from savoy cabbage leaves or find ingredients like black locust flowers to fritter and grapevines to grill quail on? When will you?

But still, I wasn’t going to let my Negative Nancy ruin the day. I decided to bake one of her more accessible recipes: cherry clafoutis, a baked French dessert that’s somewhere between a custard and a flan that is traditionally studded with black cherries. Taking a leaf from Mimi’s book, I decided to cook seasonally and replace the cherries with cranberries and generous amounts of satsuma zest: 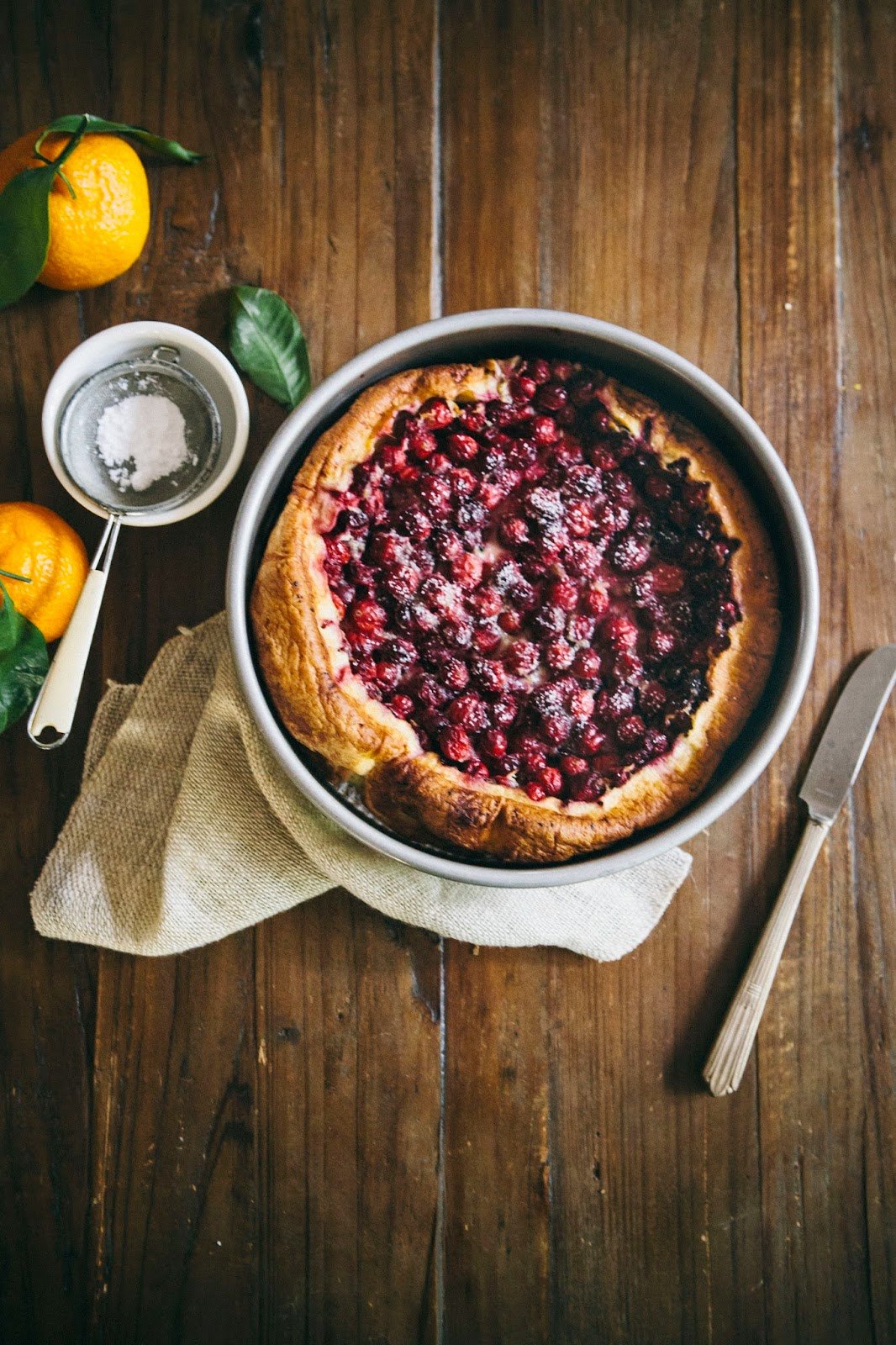 I was surprised to find that the recipe was relatively easy and fuss-free, using only a mixing bowl, a whisk and a baking pan. But truth be told, Mimi’s recipe reminded me more of a giant popover or a Dutch baby pancake with its dramatically puffed up edges. My end result differed somewhat from her own version, but that’s likely due to my substitute of seedless cranberries in place of heavy unpitted cherries. And while the pastry was extremely tasty (I loved Mimi’s use of orange blossom water to flavor it), it was quite the departure from the traditional flanny and custardy clafoutis I’d made in the past (a recipe from Tartine Bakery’s cookbook, which I highly recommend).

UPDATE: A French reader of mine just informed me that I’d actually made a flaugnarde instead of a clafoutis — apparently the two pastries share the same batter, but one is called a clafoutis only when cherries are used and the rest of the time it’s called a flaugnarde when other fruits like cranberries are used. Flaugnarde pastries indeed have a more puffed-up appearance because of the lighter fruit, and therefore, a slightly different texture. 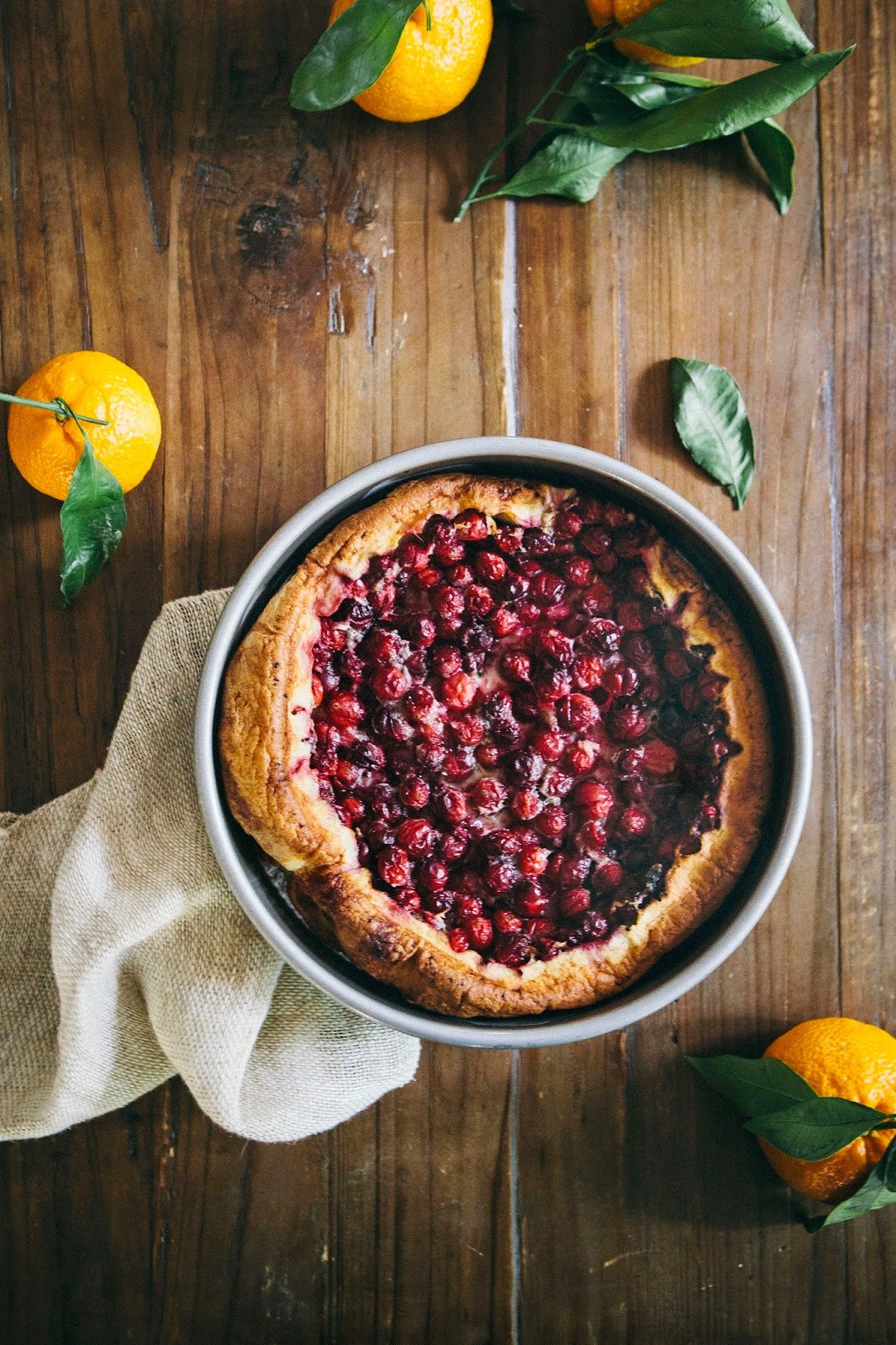 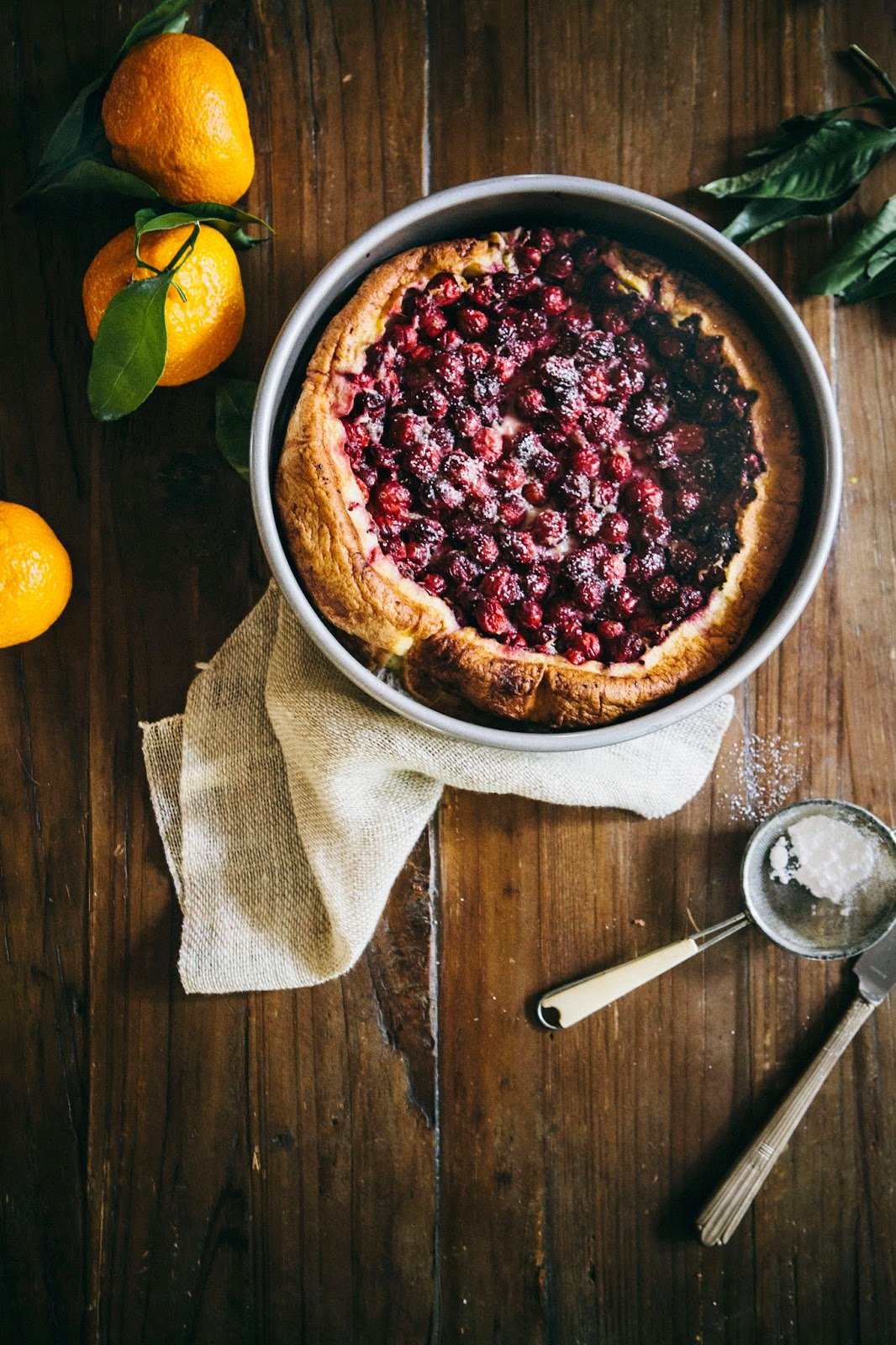 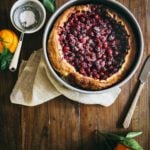 Adapted from A Kitchen in France

I’m Michelle, the baker, blogger, and photographer behind it all.

On my blog, you’ll find well-tested dessert recipes, cake decorating tutorials, and baking techniques that will help save you time in the kitchen.

Learn how it all began. 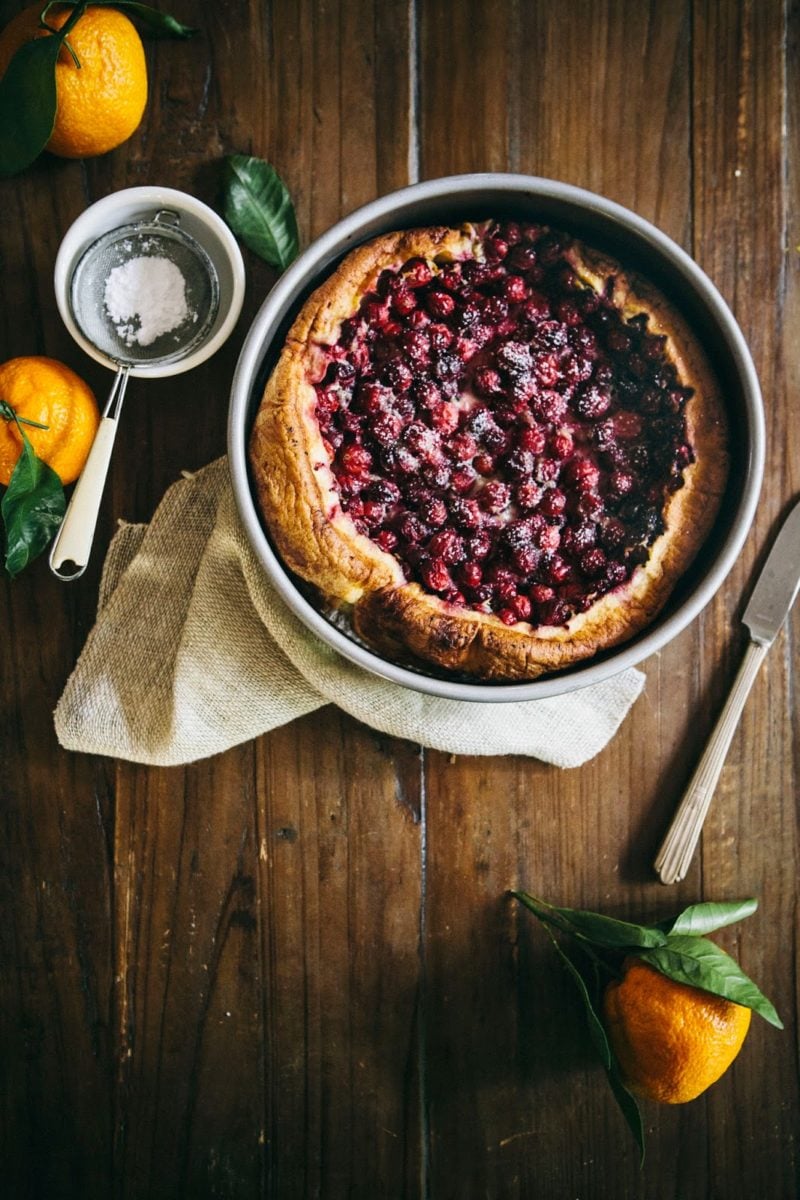 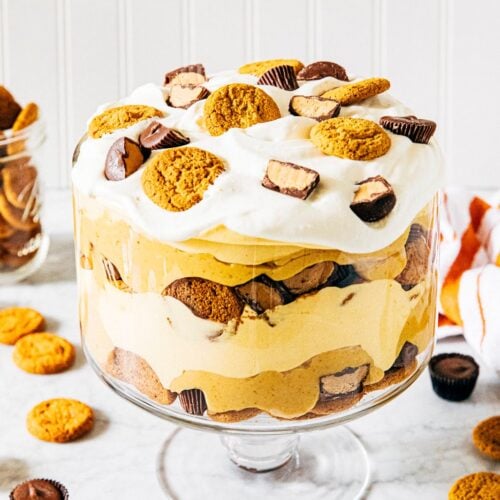 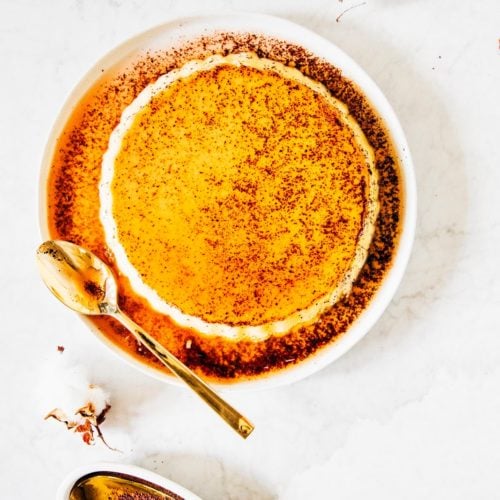 Creating a recipe on this blog requires a lot of time and financial resources. A single recipe–along with its accompanying blog post and/or Instagram tutorial–can take me over 80 hours to research, develop, test, write about, photograph, answer your questions on social media, and more.