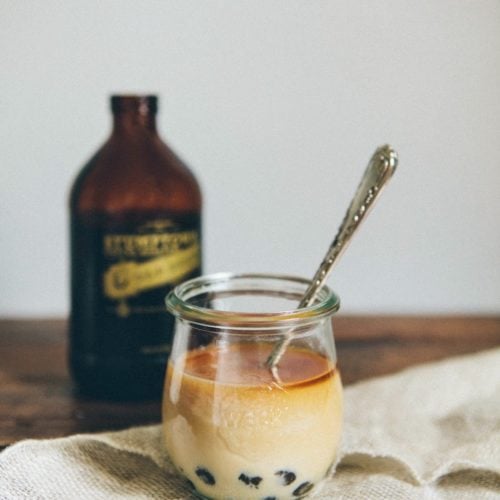 It’s been one month and a half since my old kitchen was demolished in favor of a new one; I wish I could say that I’m halfway through the remodel, but the truth is, I have absolutely no idea when the kitchen will be finished. The contractors are refusing to give me an end date, […] 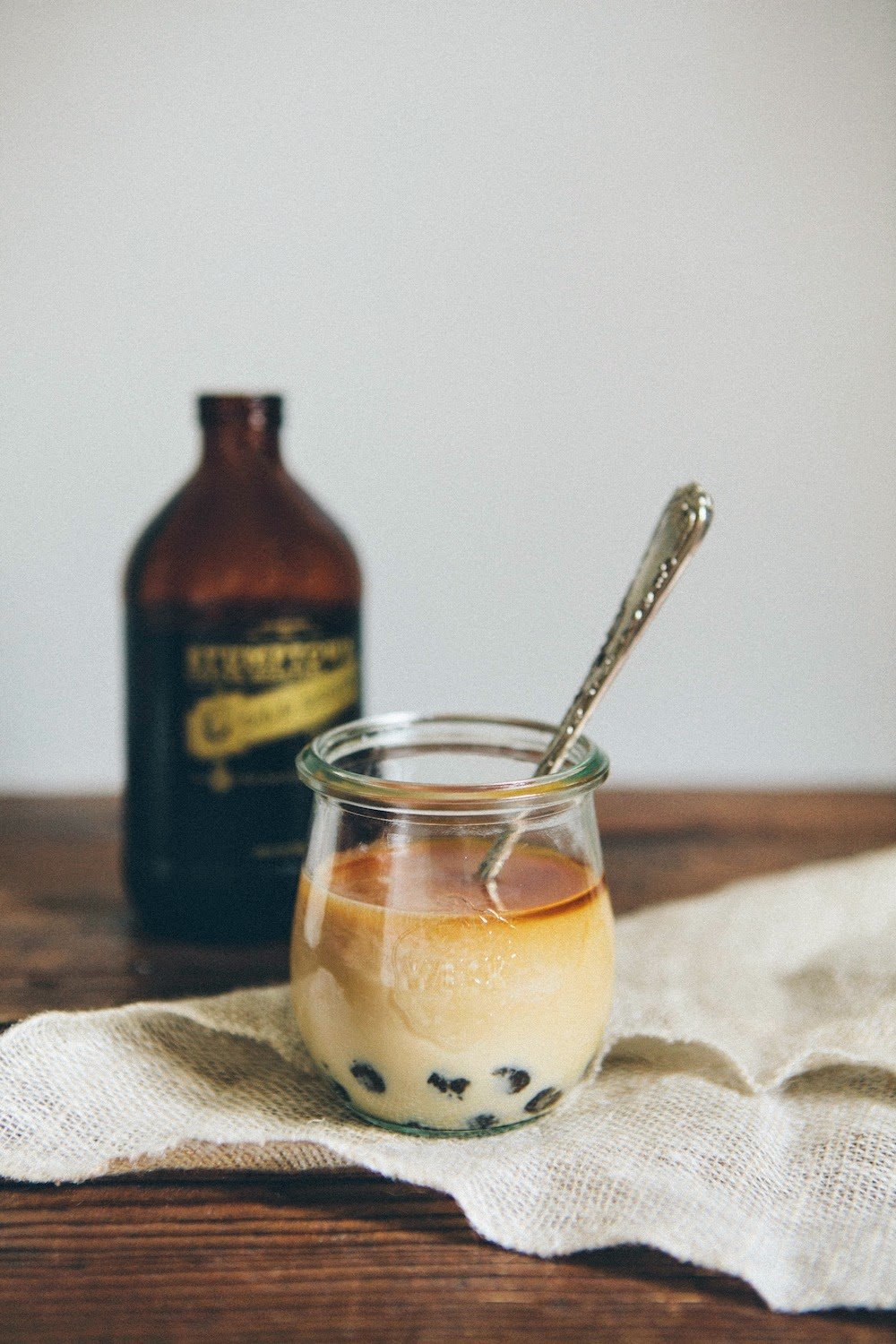 It’s been one month and a half since my old kitchen was demolished in favor of a new one; I wish I could say that I’m halfway through the remodel, but the truth is, I have absolutely no idea when the kitchen will be finished. The contractors are refusing to give me an end date, and this past week was spent doing almost nothing as the recently refinished floors are supposed to dry for 3 days straight. In fact, I’d say a good two and a half weeks was probably spent idle, waiting for parts and the like.

At first, I didn’t mind not having a kitchen. As much as I love baking, it’s been a really, really hot summer in Portland, with temperatures hitting 90 degrees every day. Since I don’t have an air conditioner and most of the windows in my house don’t open, the break from the constantly running oven was more than welcome. I relished in the grilling with friends and the constant dining out. But as much as I love eating out in restaurants, I’m starting to crave the simplicity of my old home cooked meals. Almost every restaurant meal these days now feels too heavy, salty, fatty and rich, especially in this hot hot heat. Not to mention expensive. Yeesh.

And four weeks without baking has made me realize what a calming effect it has in my life. When I’m in the kitchen, the world seems to make sense. That if you follow the recipe in front of you, after some work with your hands and time on your feet, you’ll end up with a beautiful chocolate cherry pie or a plate of gorgeous, caramel swirled cookies. That’s such a comfort, especially since without it, I spend most of my time being as unproductive as I can be — that is, watching bad movies on Netflix and checking my social media accounts wayyyy too often.

So forgive me for posting this incredibly simple recipe for bubble iced coffee. With only a hot plate to work from, I don’t have a whole lot of other options for home cooking and baking. But I just missed standing around a mis-en-place, around the bottles and jars of ingredients, feeling as if I have a purpose.

In this particular case, my purpose was to bring bubble iced coffee to Portland, Oregon: 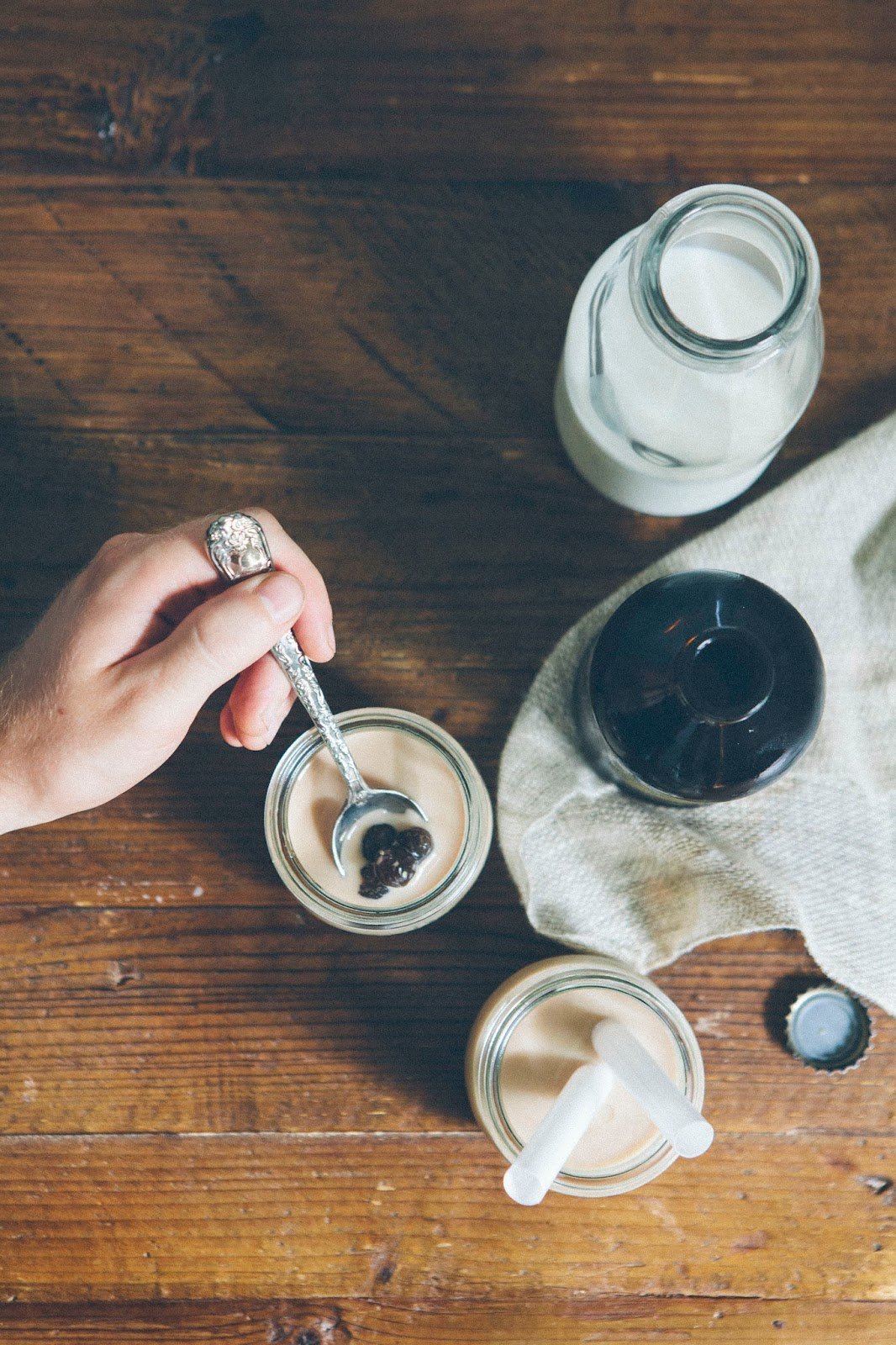 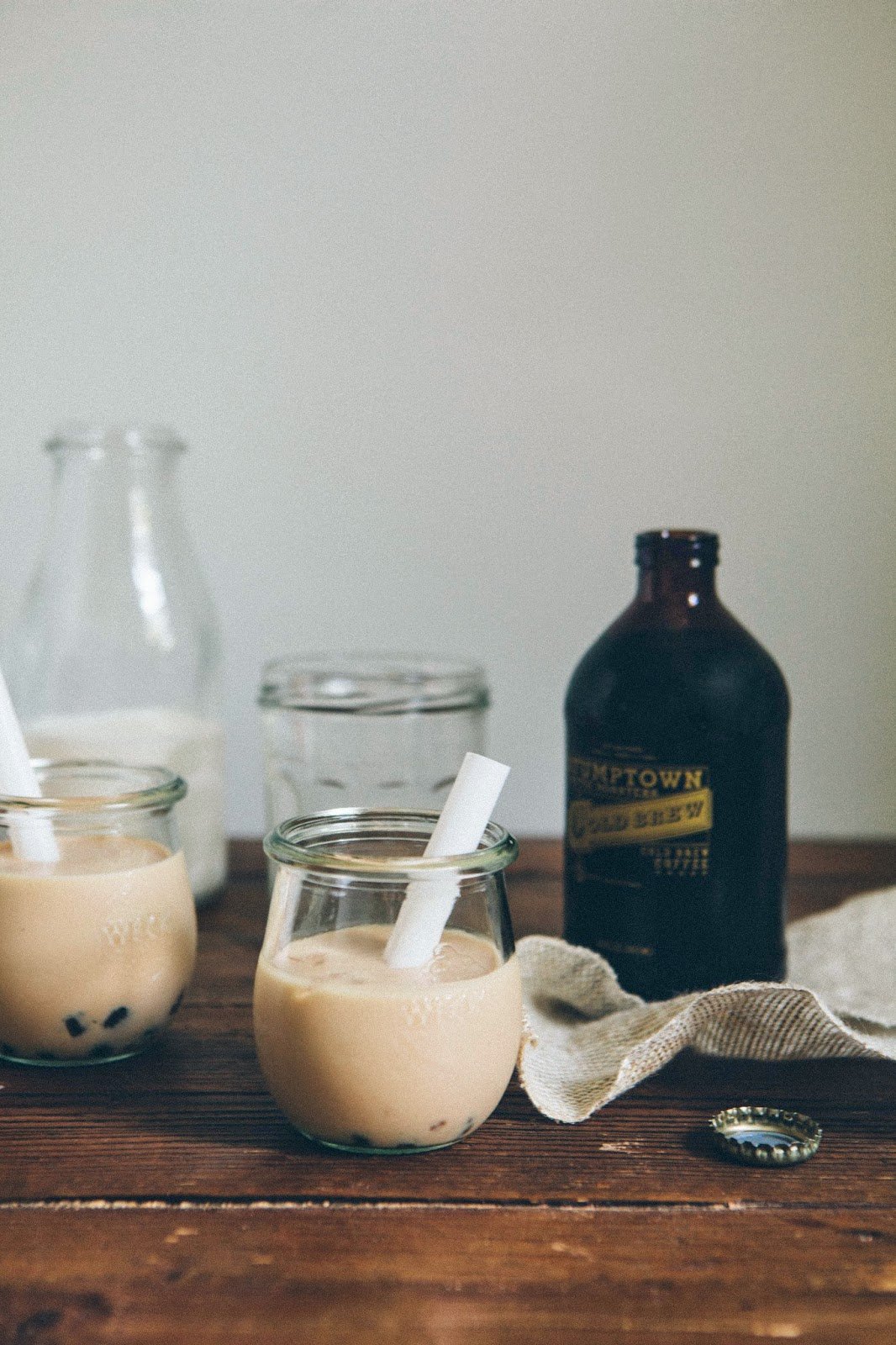 Because the recipe was borne from my realization that none of the bubble tea shops around town — from the oh-so-fancy Townshend’s Tea, to the more casual Asian chains like Bubble Bubble and Fat Straw (both of which I quite frankly prefer) — serve bubble iced coffee. You’d think that it would be such a big hit, especially considering what a big coffee drinking town this is! After all, this is the birth place of the much beloved Stumptown Coffee Roasters.

It’s not really much of a recipe, with boiling up some boba pearls and mixing it in with some milk and pre-made bottled cold brew coffee. I guess I could have made more of an effort and gone through the best way to cold brew your coffee, or discussed the iced coffee revolution that seems to have taken over Portland. But who am I kidding? I’m not going to pretend to be a bigger coffee drinker/expert/snob than I actually am. Stumptown’s bottled cold brew is probably better than any iced coffee I’ll ever make, so I might as well just help myself.

To make the bubble iced coffee, begin by pouring a healthy amount of iced coffee into a glass (in my case, miniature tulip Weck jars — Steph accused me of being a hipster for doing so, but aren’t they adorable?) filled with a generous tablespoon or two of prepared boba pearls. Big thanks to my homeboy Erlend for being a willing and able hand model for these gifs:

Now comes the fun part, in which we add some sort of cream. You have loads of options here. First, there’s the standard dairy additions: milk, cream, half-and-half, or maybe even a few tablespoons of sweetened condensed milk (for those who live big — I salute you!).

And of course, we also have the non-dairy and vegan options of soy, rice, almond or coconut milk. I know that some people would consider it blasphemous to add coconut milk to coffee, but I’ve done it before and… ohmygod, liked it. I have friends who probably just disowned me for saying what I just did. But see what I mean when I say I’m not a coffee snob?

So once you’ve chosen your creamer of choice, pour as much (or as little!) as you want over the boba coffee:

At this point, you can also add some sort of sweetener of your choice. Because it’s a cold beverage, it’s best to go with some sort of sweetening liquid like a simple syrup. Granulated sugar won’t work as well because the cold temperature won’t allow it to dissolve quickly and integrate properly into the drink. You can also throw in a few spices for fun — a dash of chicory for a New Orleans style iced coffee, or maybe give coffee snobs another heart attack by adding some mint leaves (which is apparently a trend these days, as demonstrated by the always-lovely and crazy-talented Jessica).

Once you’ve added any sweetener and/or spices of your choice, give your pretty beverage a good stir:

Add a couple ice cubes and use a fat straw to enjoy! 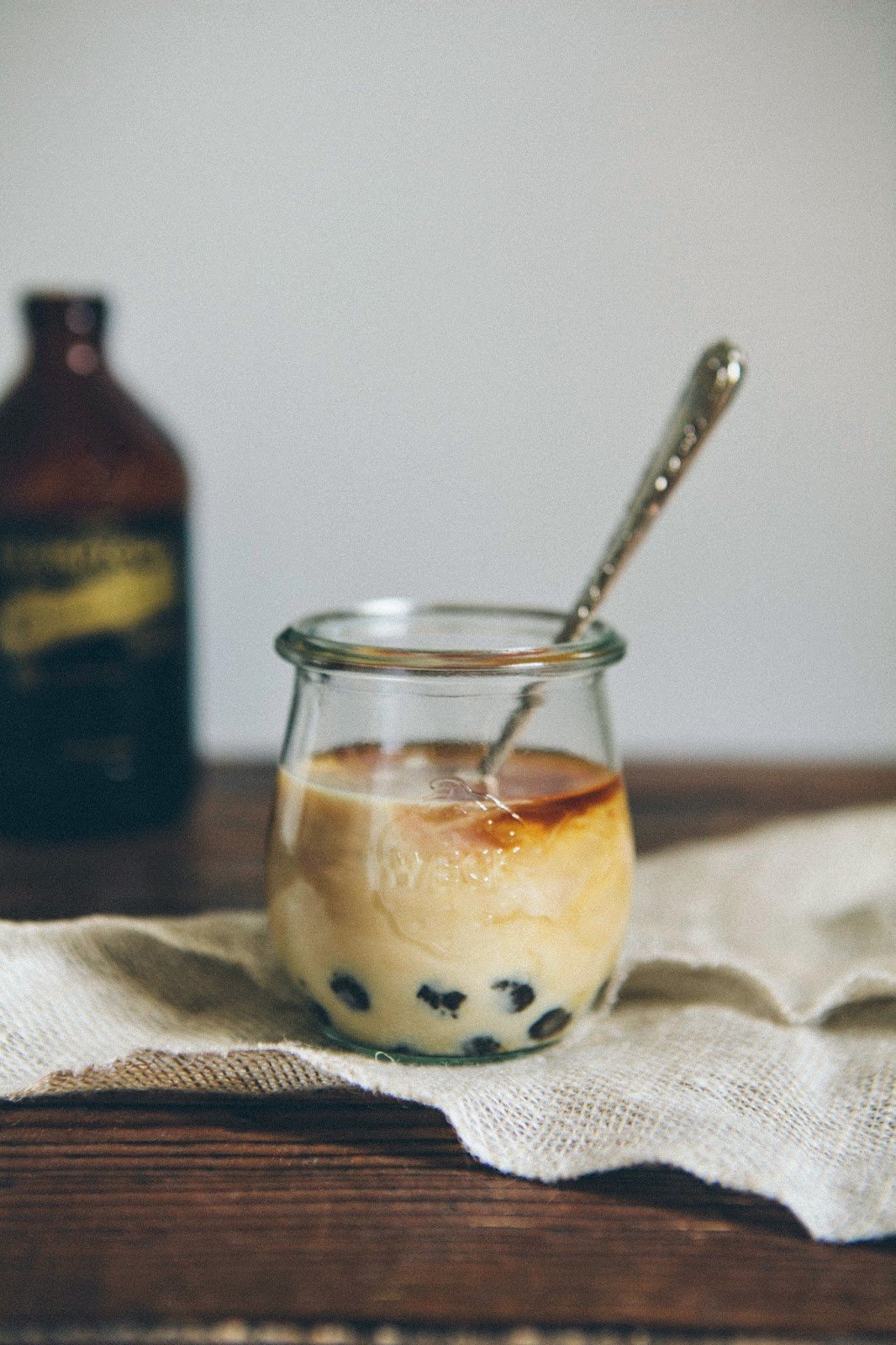 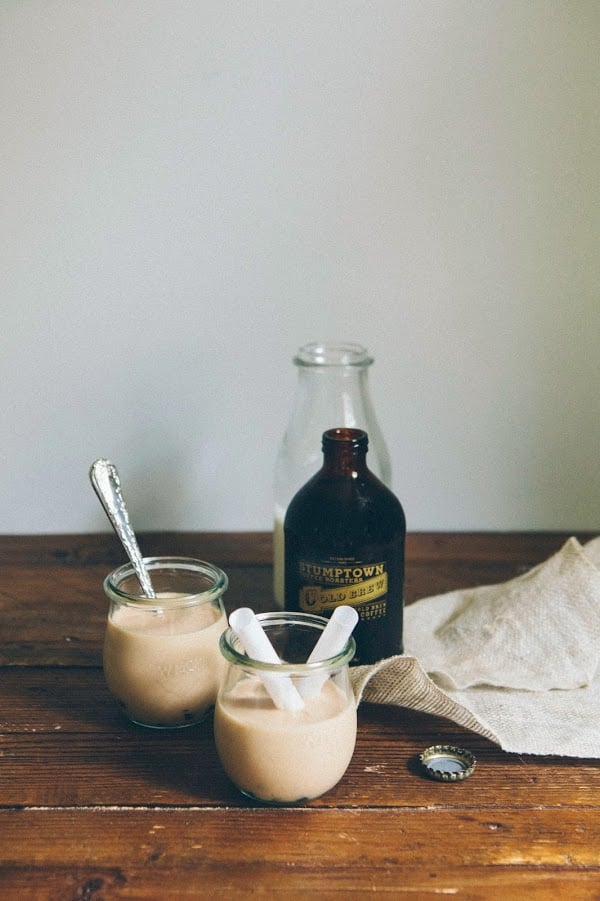 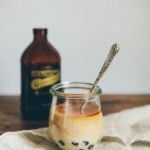 (enough for 2 to 4 drinks, depending on your serving size) 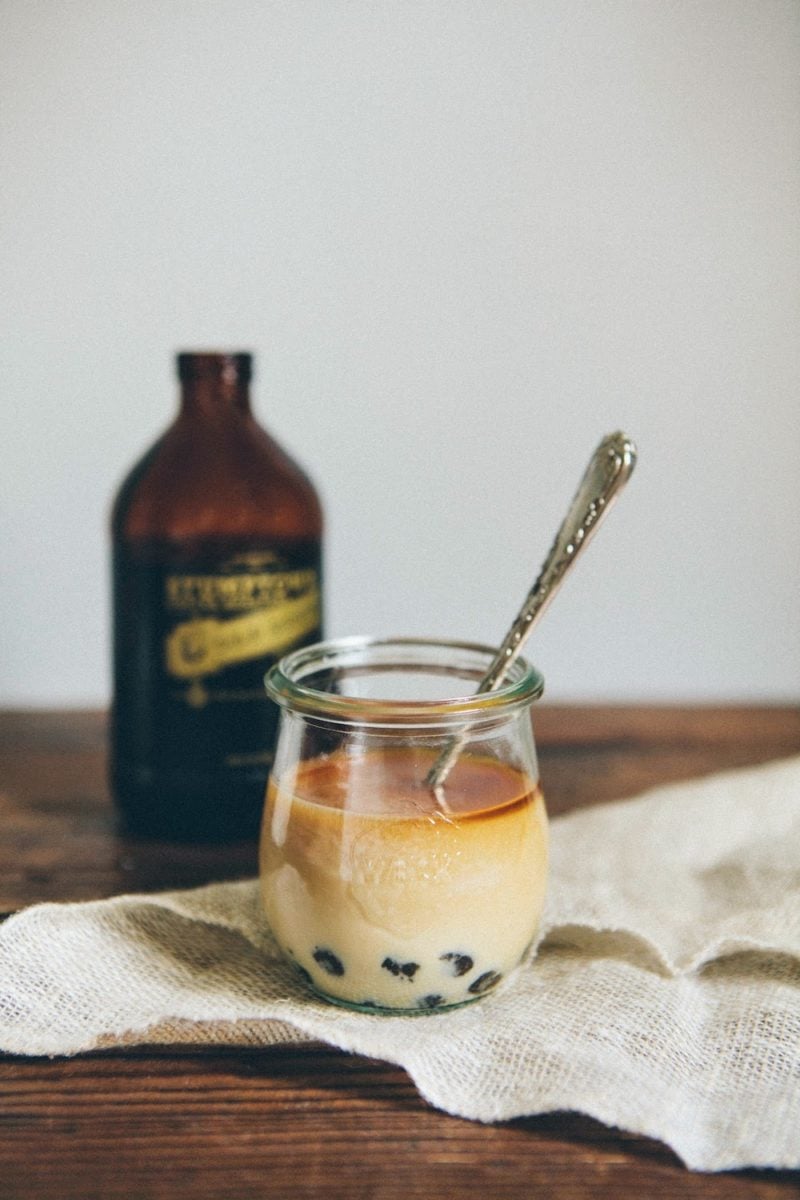 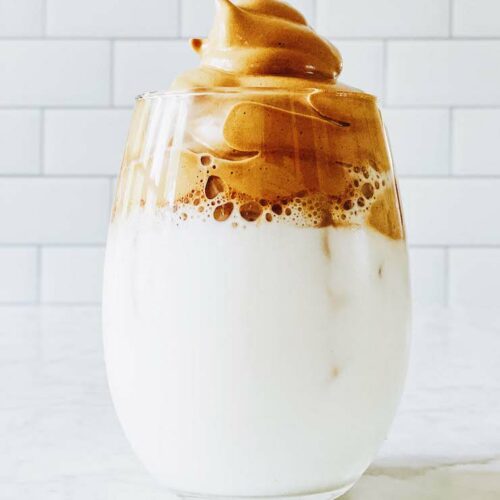 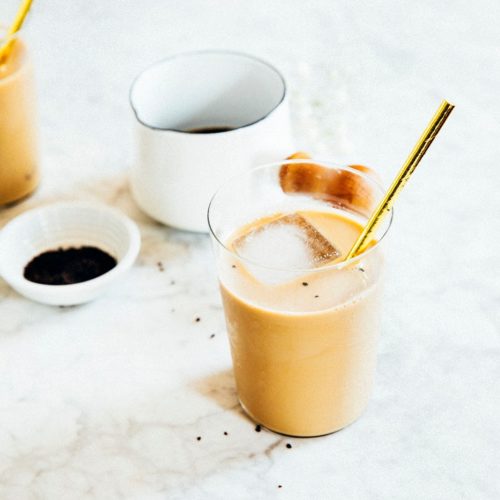