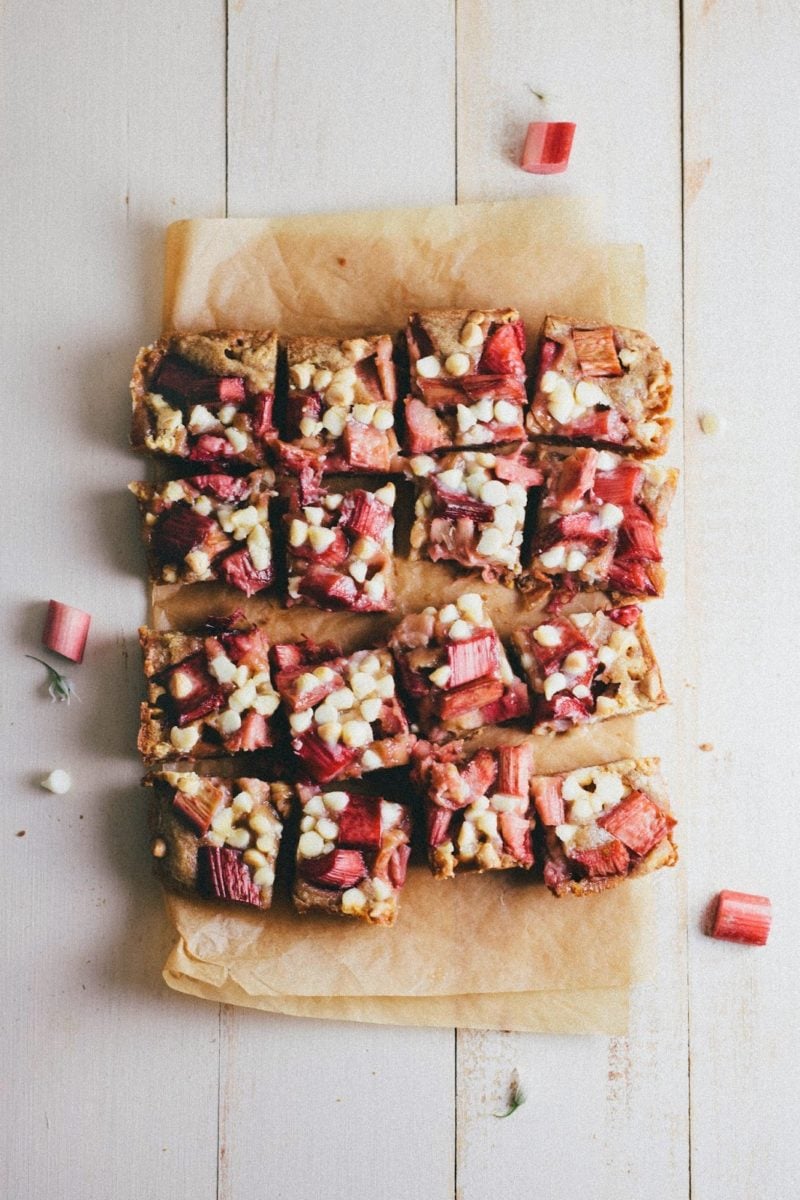 Recently, I celebrated my 27th birthday. I wrote about how 27 was the age that marked me as comfortably in my late 20s, and how I was okay with that because it meant that it was an age where it was okay for me to be a grown-up. But it’s funny, that whole being a […] 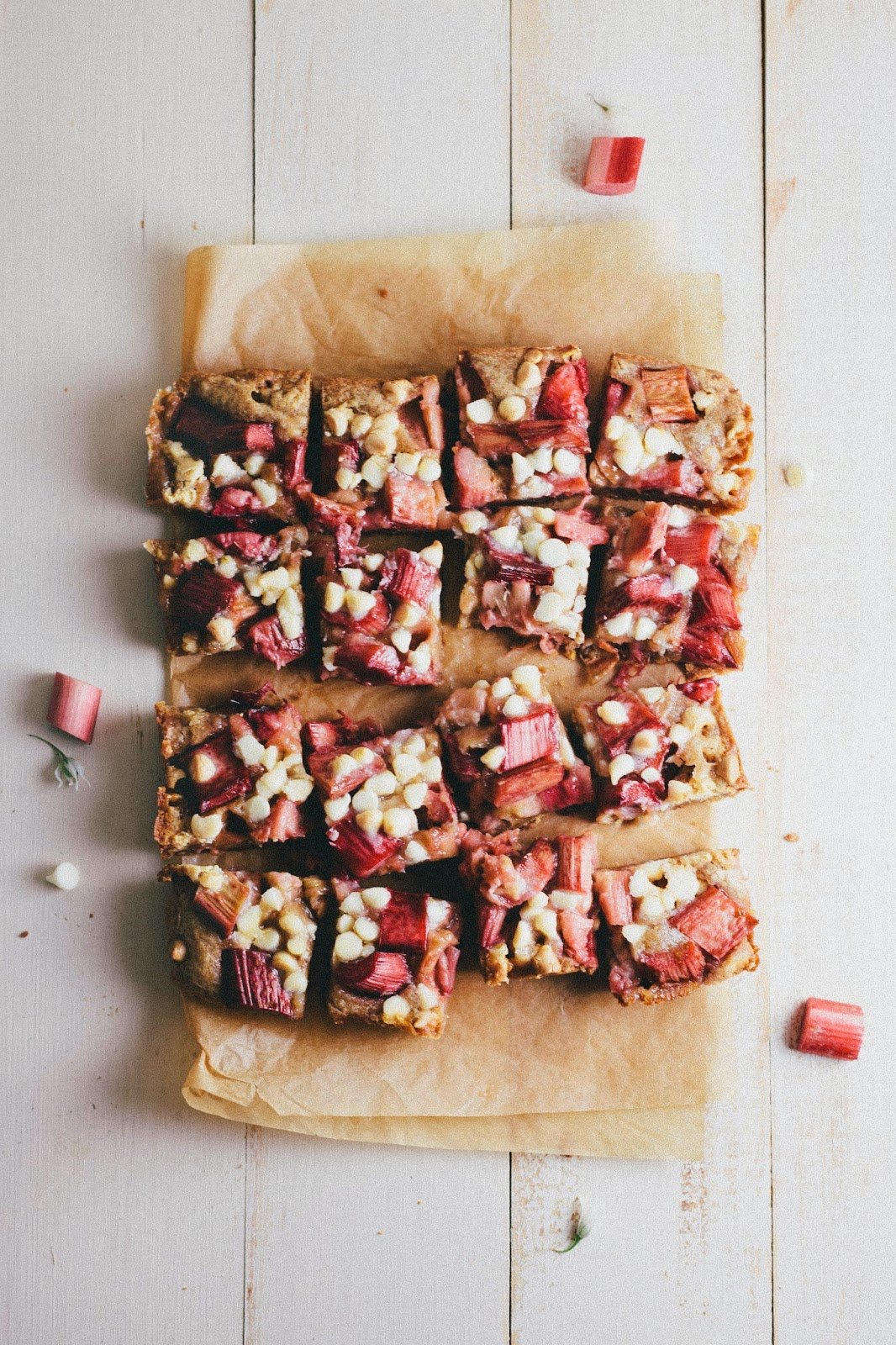 Recently, I celebrated my 27th birthday. I wrote about how 27 was the age that marked me as comfortably in my late 20s, and how I was okay with that because it meant that it was an age where it was okay for me to be a grown-up.

But it’s funny, that whole being a grown-up thing. What does that actually mean? Because it still beats me. I logged onto Facebook recently and saw that one of my acquaintances had posted: “I just bought a house and was accepted into an MBA program. Does that make me a grown-up yet?” Below her post were supportive comments from others confirming that yes, both those things did and she was officially a grown-up.

That made me frown. I mean, I myself had bought a house recently. But within the past year, that house had literally kicked my butt. Sure, although it sounded like a very adult and grown-up thing to do, I’d found myself regressing to behaviors I’d had in high school and college, things like hiding in my room and crying when I had to deal with my ridiculous roommates. Not to mention the fact that the house is still filled with furniture I’d been using since I was a college freshman.

And okay, there are some things where I’ll legitimately admit I’m responsible and grown-up. Like yeah, I pay my bills on time every month and don’t go out and do shots the night before an 8AM meeting the following morning. But what about my aversion to marriage and babies? I read about blogs from girls my age getting excited about being pregnant and, although it’s awesome and I’m happy for them, if I were in that same situation it would definitely not be one of mirth and instead be one of sheer, utter panic.

But maybe that’s what adulthood is? Maybe it’s not about certain steps or milestones you achieve, but more about knowing your limitations. Maybe being a grown-up isn’t all encompassing, and you can be grown-up in many ways but not in others. Maybe it’s just some magic combination of different factors that I haven’t quite figured out yet.

Oh well. At least there are these rhubarb and white chocolate blondies. That’s definitely a magic combination that I have figured out: 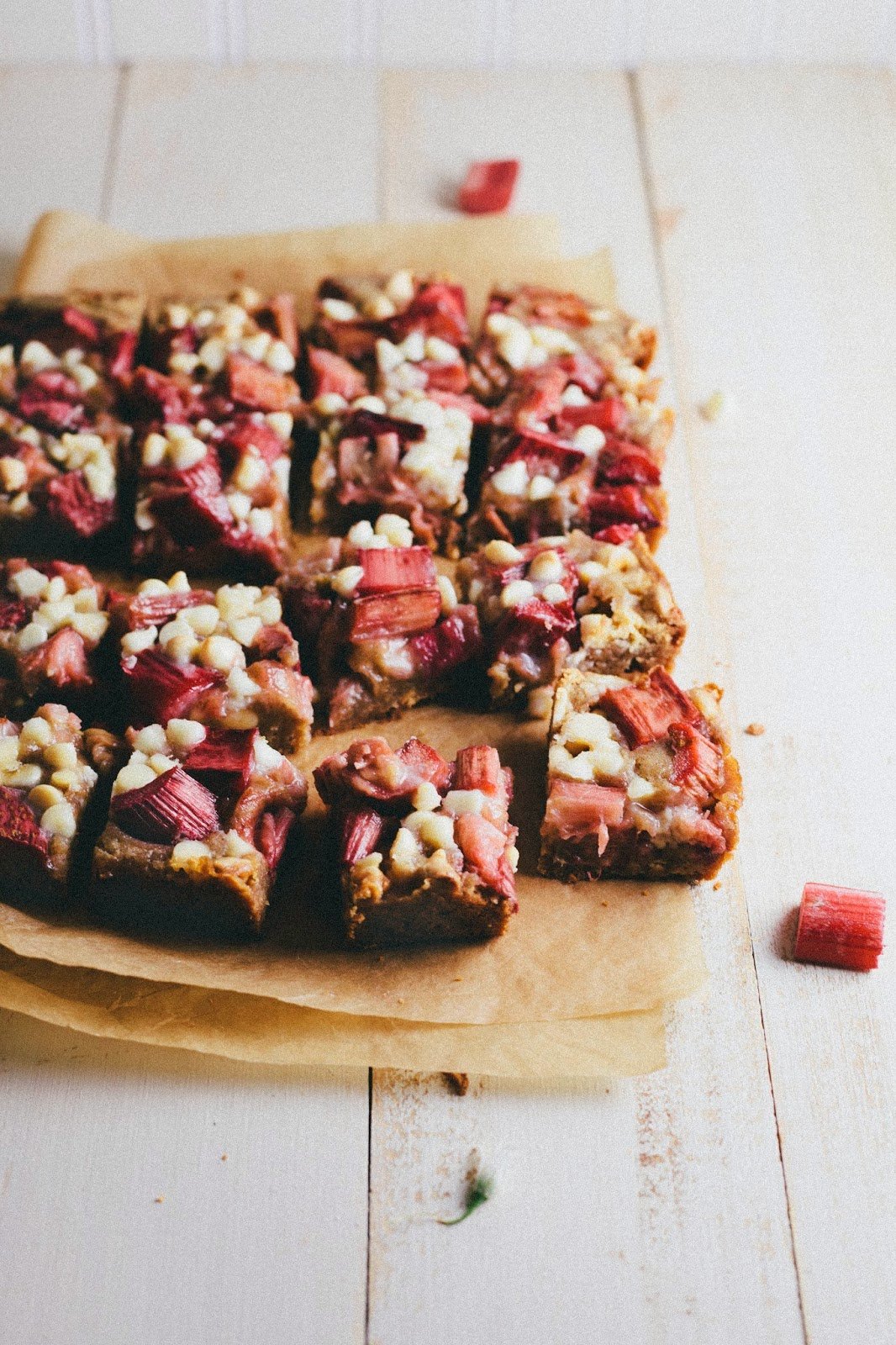 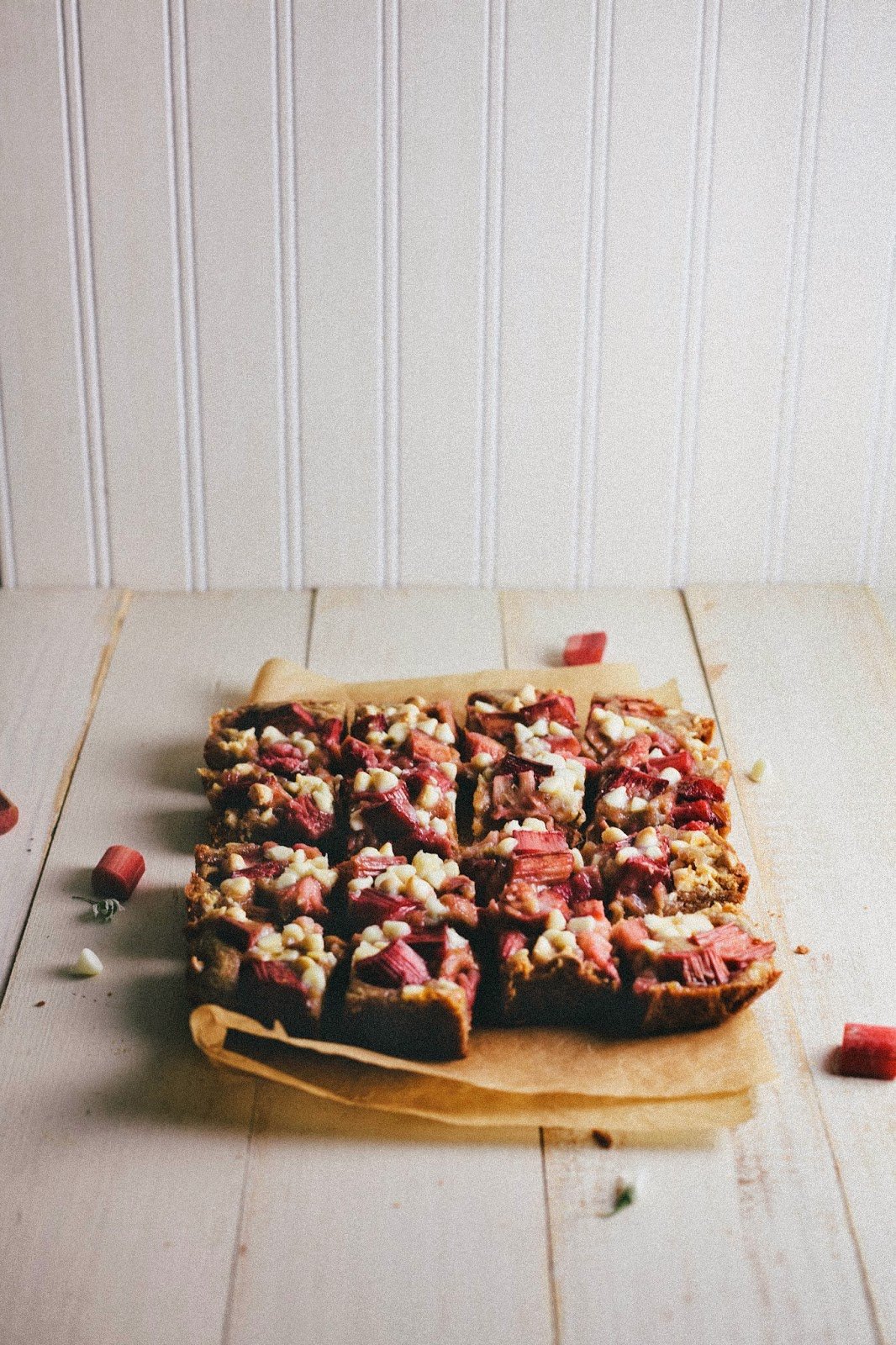 When I was in college, I used to love the white chocolate blondies that my school cafeteria served. A few months ago, I went back for an alumni event and bought myself a bar for old times’ sake. I was surprised to find that I found the bar too rich and artificially sweet. I made a mental note to myself to try and recreate a less intense version more suited to my current tastes in the near-future — maybe I could try and temper its sweetness with a tart fruit or so?

So when rhubarb came into season, I figured its sour flavor would be a perfect match for the white chocolate blondies. I grabbed a pound of rhubarb and threw them onto my favorite blondie recipe, complete with a generous heap of white chocolate chips: 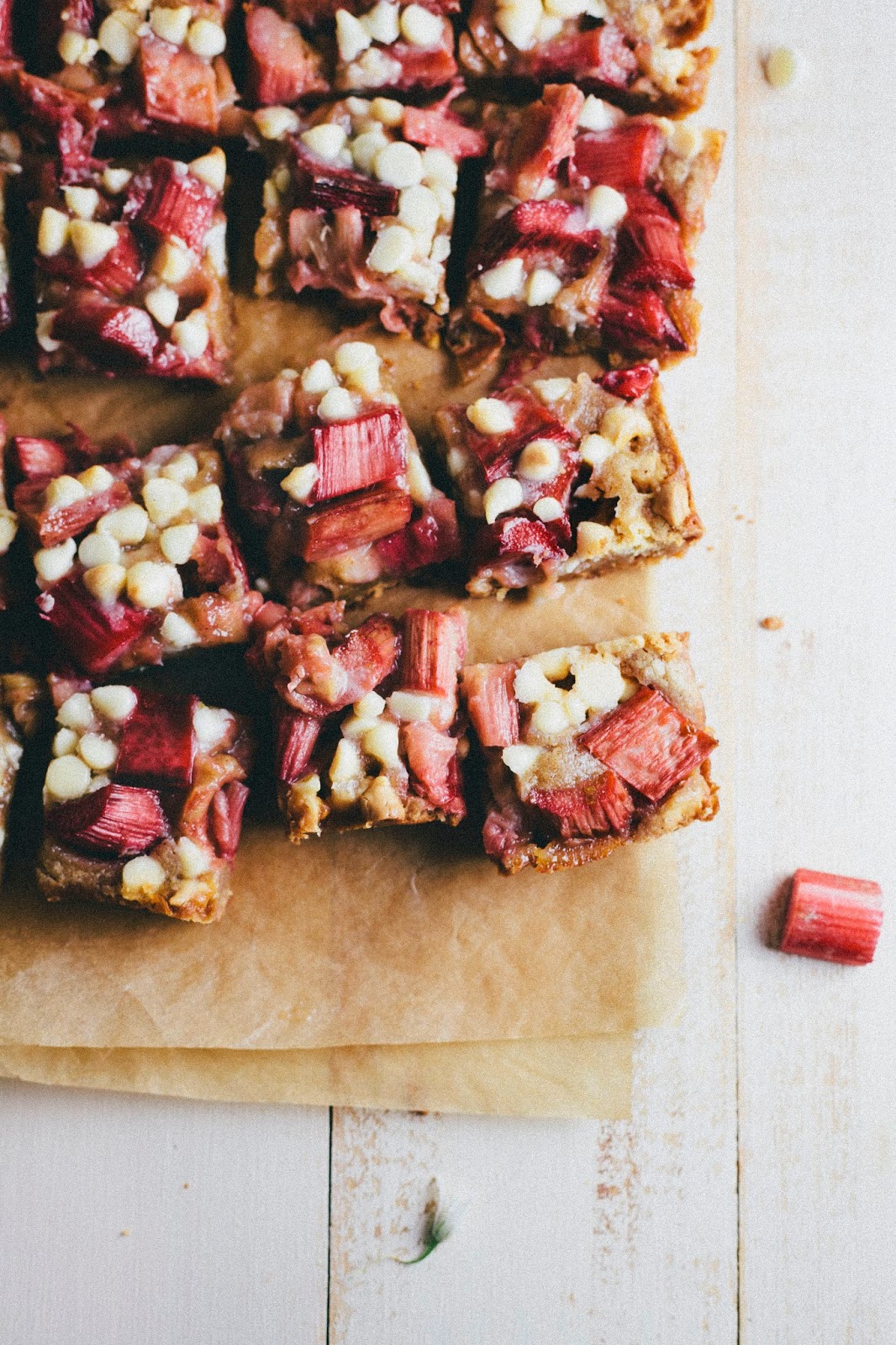 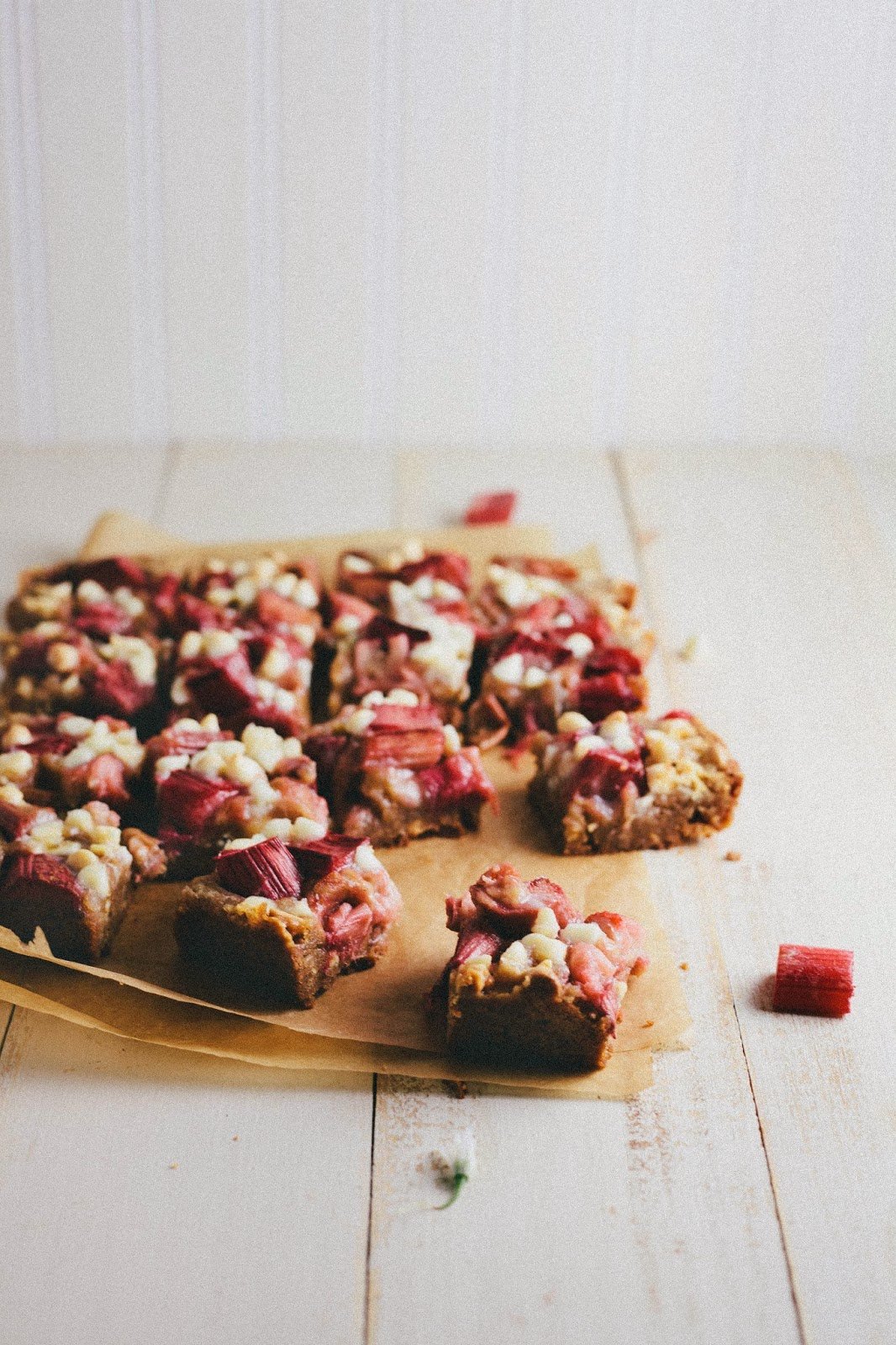 Like I said before — it’s an absolutely magical combination, managing to perfectly combine the decadent white chocolate blondie flavor that I favored in my youth with the more sophisticated, tart rhubarb fruit that I prefer now. The rhubarb pairs perfectly with the blondies, tempering its rich brown butter and white chocolate flavor with a refreshing tartness. Be sure to bake up these bars before rhubarb season is over! This recipe’s a keeper. 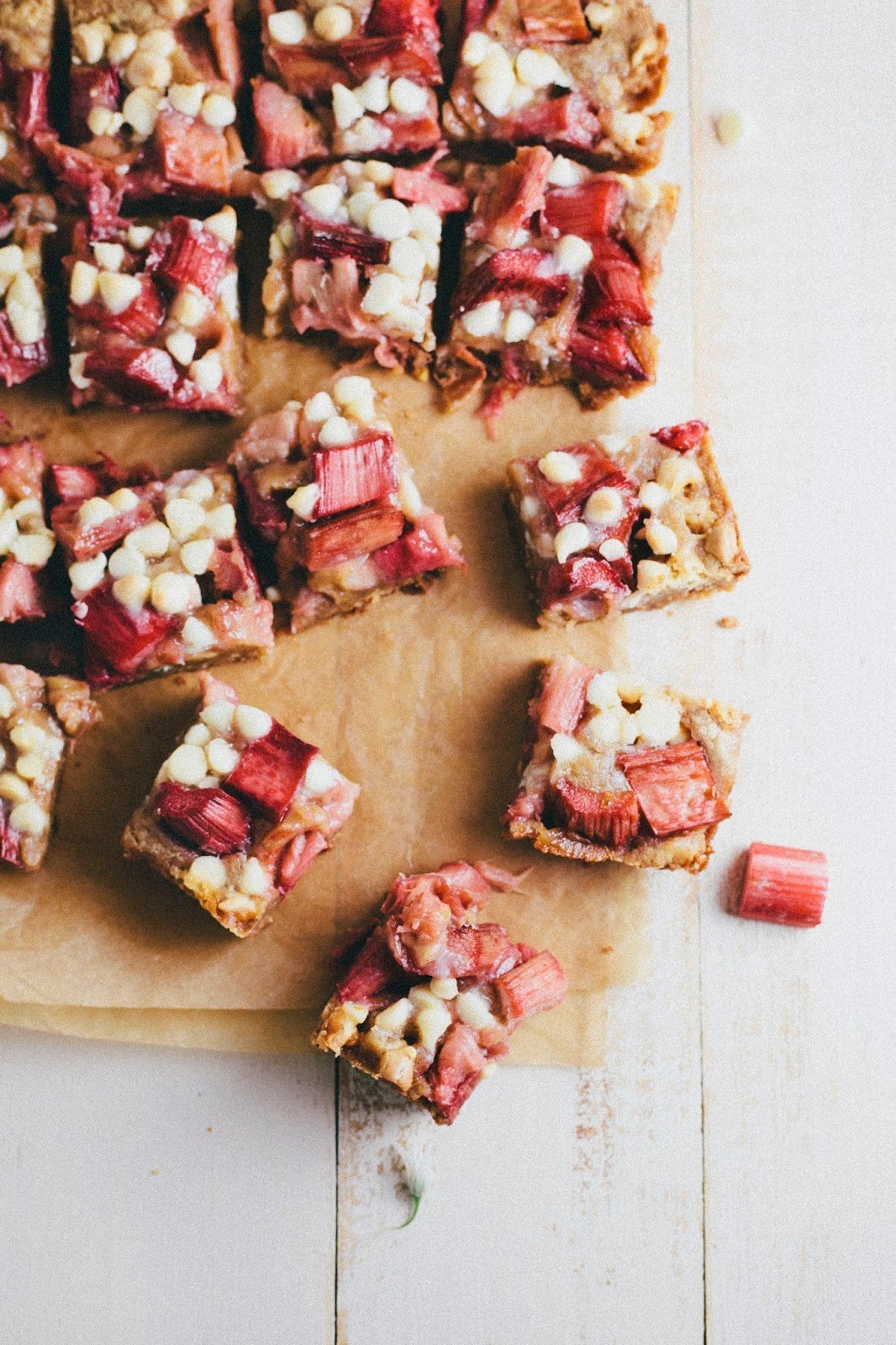 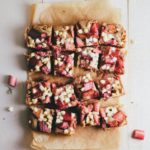 For the Roasted Rhubarb Topping:

For the White Chocolate Blondies:

For the Roasted Rhubarb Topping:

For the White Chocolate Blondies: