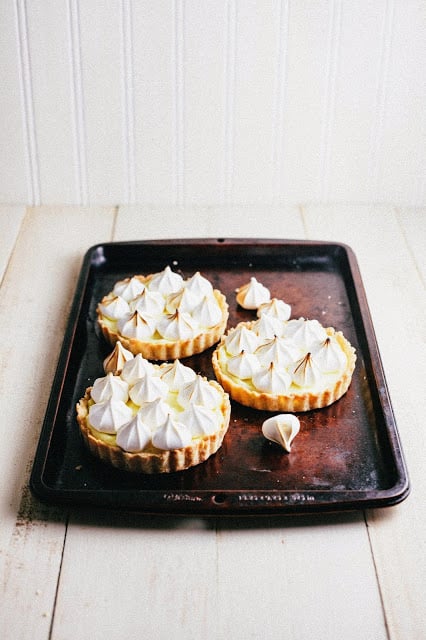 I’m a creature of routine, but this spring, I had the urge to switch things up. To wit, I spontaneously decided that I was going to start running again. It’s been a good five years since I could legitimately call myself a runner. My senior year of college, I ran 3 miles almost every day, […] 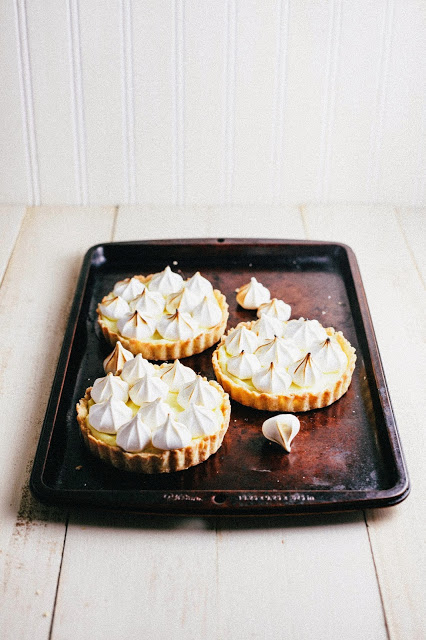 I’m a creature of routine, but this spring, I had the urge to switch things up. To wit, I spontaneously decided that I was going to start running again. It’s been a good five years since I could legitimately call myself a runner. My senior year of college, I ran 3 miles almost every day, running longer distances of 5 to 10 miles on weekends. Back then, I loved running. I found it cathartic and meditative. I listened to the same playlist on almost every run (including some gems like Bloc Party’s “This Modern Love” and Metro Station’s “Shake It”) so much that I actually developed a Pavlovian response to these songs — if I heard them elsewhere at a party or on the radio, my legs would start to feel twitchy and antsy, as if begging to go on a run. Weird, right? 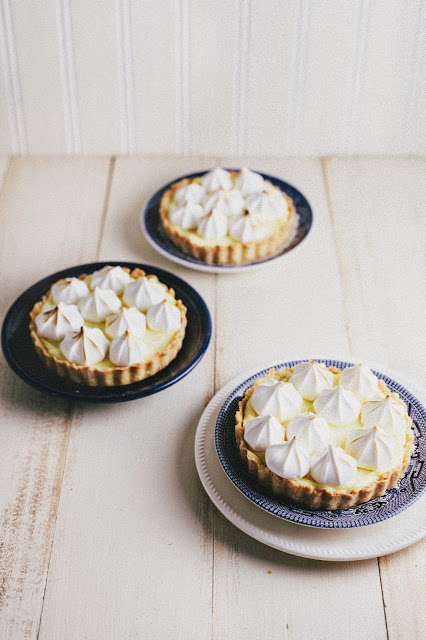 My love for running disappeared when I moved to San Francisco. San Francisco’s a bit of a nightmare to run in. Instead of Portland’s lush, green neighborhoods, I was faced with crowded sidewalks with stop signs and lights at literally every corner. It was impossible to get to that running nirvana where my mind would just clear and I would forget about that ache in my foot or the troubles of the day. It just became kind of a slog. I eventually traded in running for rock climbing, which I then traded for Crossfit. Yes, yes, Crossfit, the somewhat controversial fitness regimen that seems to get everybody’s panties in a twist. It seems like most people are either die hard fans who eat clean (or Paleo, for you uninitiated) and swap war stories about the time they RXed Fran, or are criticizing it for being an incredibly stupid and dangerous workout. I’m a rare bird that happens to fall somewhere between the two camps. That is, I like weight lifting and eating refined sugar… yep. Deal with it. 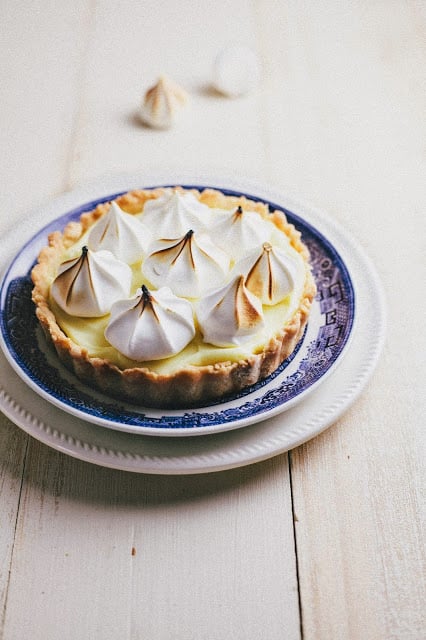 But I’ve been Crossfitting for two and a half years, and I think I’m starting to get bored. Crossfit simply isn’t giving me the returns that it used to. Not just physically, but mentally as well. I used to look forward to these brutal workout sessions, excited to sweat and grunt and throw barbells around like the shirtless dudes in my classes. But now it’s just become so ingrained in my routine that I’m not even excited if I master a new move. Not a good sign, right? So, long story short, here I am regressing to my habits from five years ago. I’ve even got that same playlist with those hits from 2008 and 2009, hoping that the Pavlovian conditioning from back then will still kick in. Because maybe, to get out of this funk, I gotta try something new… by going back to the old? Or something like that.

In any case, enough of my nonsense. I can just hear you guys thinking “Why is this girl blathering on about her exercise routine? This is a friggin’ food blog, not a fitness blog.” Indeed it is, so let’s talk about these beautiful lime meringue tarts: 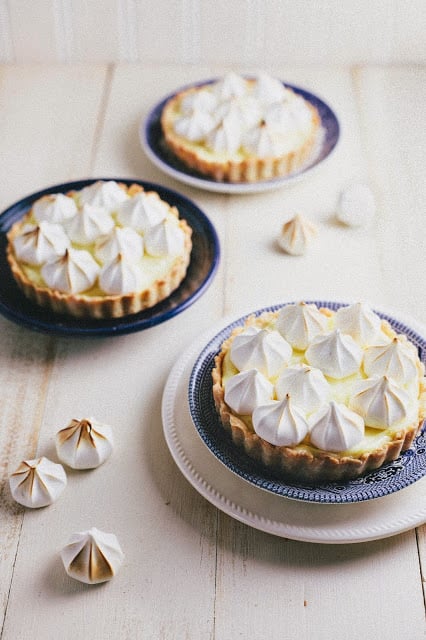 A few years ago, I posted a recipe for this lemon blackberry tart, which I still believe is one of the best recipes on this blog. For a long time, I couldn’t find anything that could quite match the creaminess of that lemon curd… until I had a lime meringue tart at Miette, a beloved bakery in San Francisco. 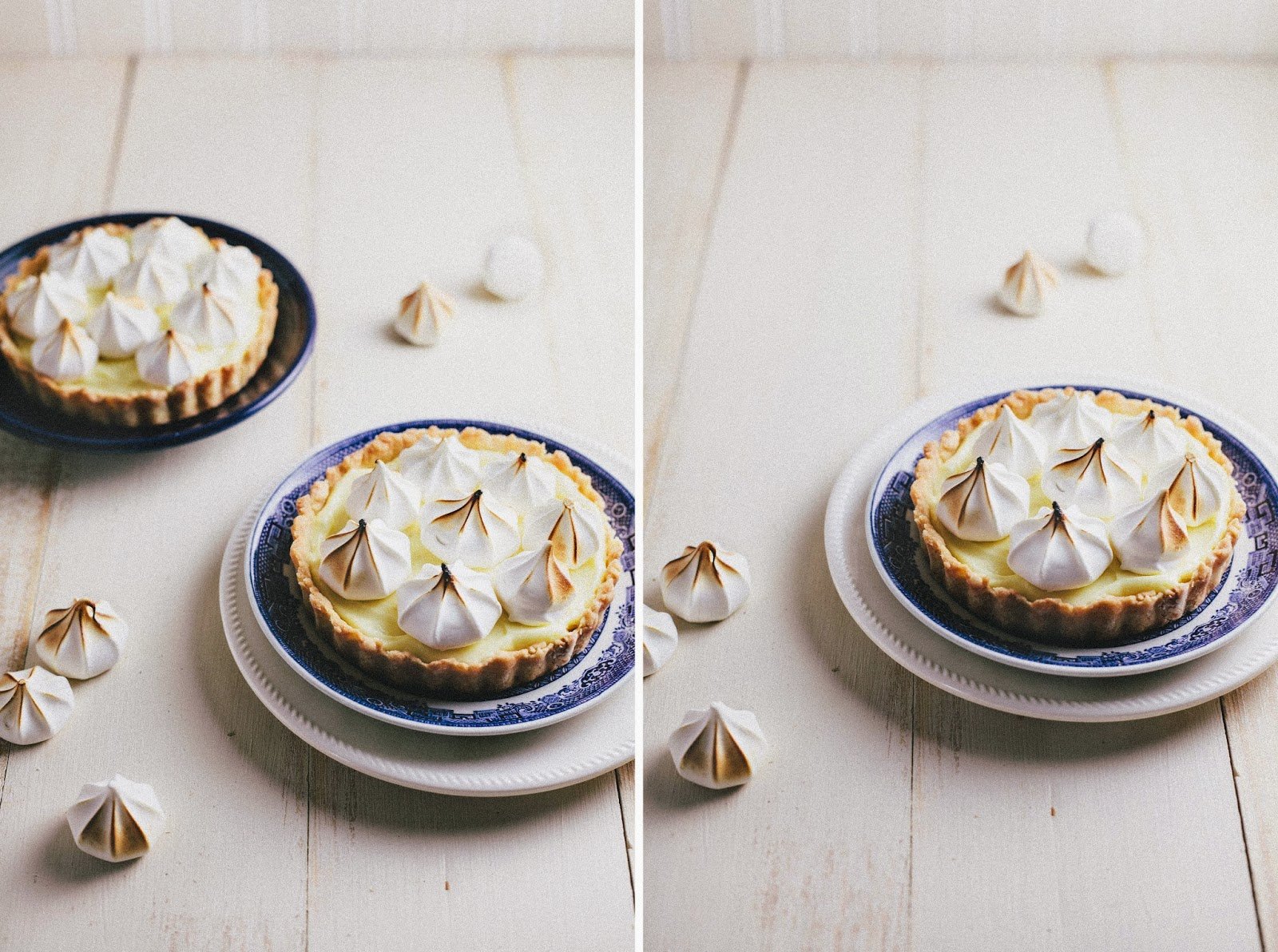 One of Miette’s specialties is a graham cracker crust tart filled with this lime cream and a soft meringue frosting. Despite my love for their lime curd, I was disappointed to find that the meringue that topped the cream was soft. I had expected more of a contrast between between the lime cream and the meringue! So I decided to whip up a version that gave me just that: 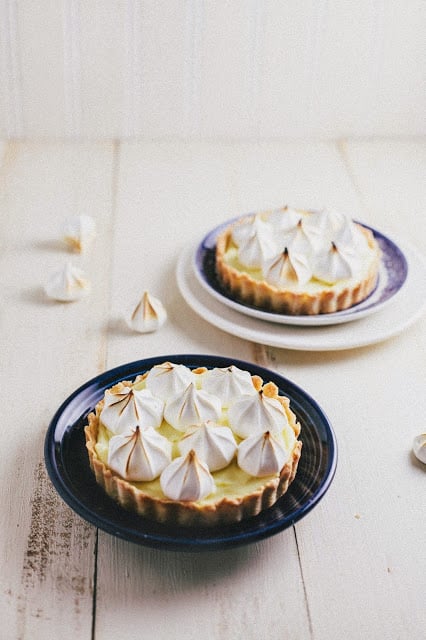 I used my favorite tart crust (a brown butter tart crust that will maintain its crisp under almost any filling) and some homemade meringues that are crunchy on the outside and chewy within. For fun, I ended up torching some of the meringues to give it a subtle, smoky flavor reminiscent of s’mores. The resulting texture — creamy lime, sandwiched between the crunchy crust and meringues — was just what I was looking for. 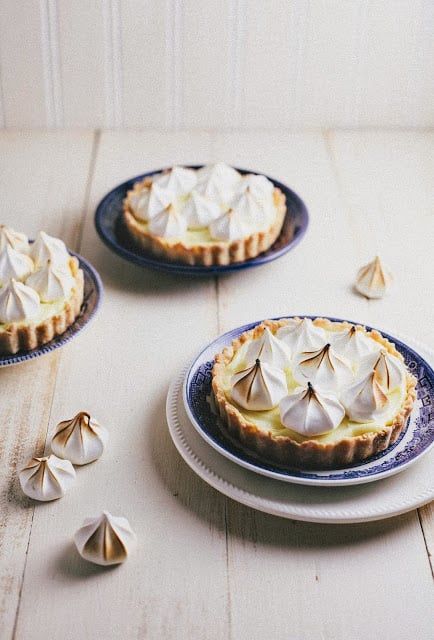 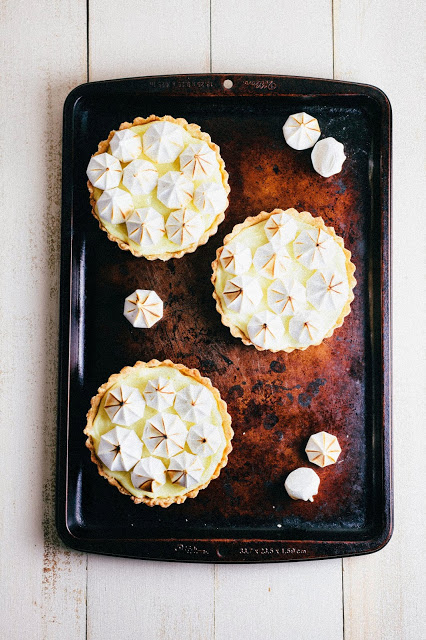 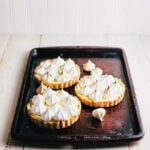 For the Brown Butter Tart Crusts

For the Lime Cream and Meringue Filling

(enough for 5 tartlets, plus a third cup or so of extra leftover cream)

For the Brown Butter Tart Crusts

For the Lime Cream