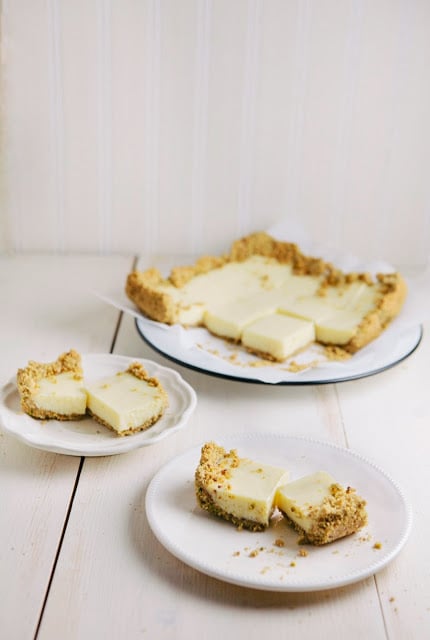 A few weeks ago, I received an email from a friend of mine who had been working abroad in a remote city for the last couple of years. “Did you see?!?” she wrote excitedly. “X got married!!! It’s the end of an era! Where were you?” I laughed out loud. My friend had always jokingly […] 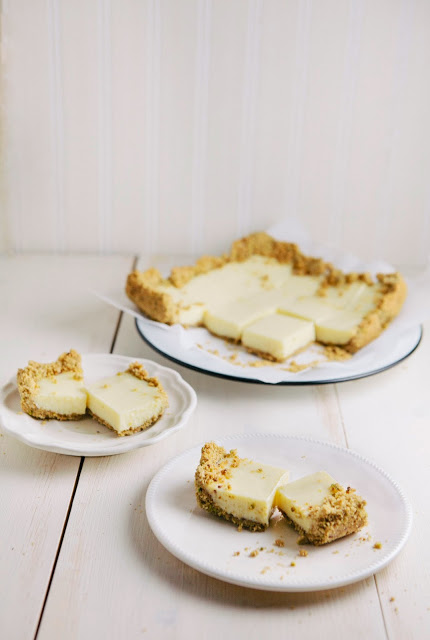 A few weeks ago, I received an email from a friend of mine who had been working abroad in a remote city for the last couple of years. “Did you see?!?” she wrote excitedly. “X got married!!! It’s the end of an era! Where were you?”

I laughed out loud. My friend had always jokingly predicted that X and I would eventually get married ourselves. He was three years older than I was, and simply, he was a force of nature. It was impossible not to get sucked in. While other boys in my college were quiet and withdrawn, sticking to their cigarettes and pretentious references to Kant, he was the opposite. Utterly charming, gregarious, and unapologetic about his love for rap music and Upper East Side upbringing. And of course, he could hold his own in academia; he later went on to get a graduate degree at Harvard. The last I heard was that he was working in one of those big fancy New York City banks that naturally follows an Ivy League degree. No, that’s not true — the last was that time when another friend had forwarded me X’s wedding announcement in the New York Times’s Sunday Styles.

Although I didn’t feel any regret when reading the announcement (after all, it was many years ago; we had parted amicably and the last of our friendship had been naturally whittled away by time and geography), my mind started playing that pesky “what if” game anyway. That is, what if my friend and I had actually moved to New York City after graduation, like we’d initially planned? Would that have been my name in the paper next to his, like my friend had always joked? 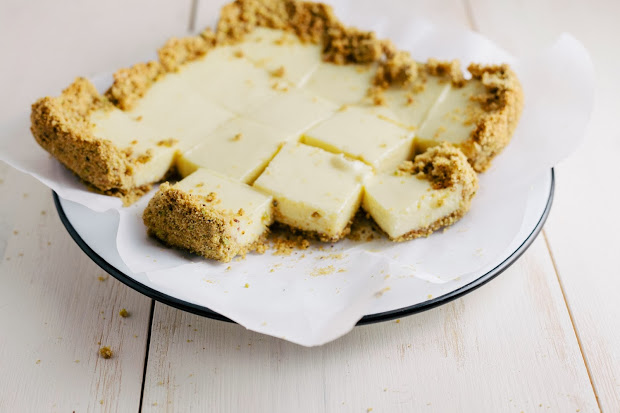 But again, that sort of thinking is utterly pointless. There have been so many moments in my life where my life could have diverged to be completely different from what it is now. Like that time I’d hastily applied to do some post-bac accounting classes at the London School of Economics. Not because of any interest I had in accounting really, but more because I had no idea what to do next and was looking for an excuse to move to London. So what if I’d actually turned in my application on time? Would I be in London now? Would I be an accountant?! The thought of that actually makes me wrinkle my nose — not that there’s anything wrong with accounting, it just ain’t my thing.

But that’s the thing right there… that is, I didn’t know what “my thing” was back in the day! If you had asked me during my senior year of college what I thought I’d be doing now, nearly 5 years later, I probably would have been way off the mark. I would have confidently told you that I’d probably be in a big city like New York or San Francisco, working in finance, consulting or maybe even towards an MBA. And I guess I did try to stick to my 21-year-old self’s convictions, because in the last few years, I did almost all those things… and HATED it. I lived in San Francisco (lasted about 2 years before I left for cheaper shores), worked in finance (what was supposed to be a year long stint turned into 6 months — I detested what I did almost every day) and while business school is still a possibility, it’s more unlikely as the years go by.

But there’s a flipside to all this, right? So maybe I’m not wedded to X and featured in the New York Times’ style section like my friend always joked, or the high flyin’ big city finance girl that my 21-year-old self imagined. But there have been other accomplishments in the past few years that we couldn’t have even imagined back then — things like a 4-years-long relationship with one of my best friends, a career in a hot startup, and of course, this blog. And who knows? Maybe alternate universes do exist, and the version of me who is married to X or works in finance and lives in the big city wonders about a life like mine. Because let’s face it — my current life ain’t so bad, especially when it’s always filled with desserts like these key lime bars: 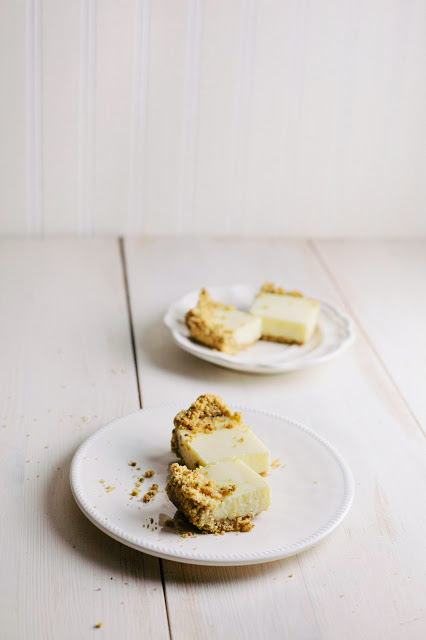 Last Thursday was apparently National Pie Making Day (why it isn’t on March 14th is beyond me… wouldn’t that make more sense?), and I wanted to celebrate by making a key lime pie to take to my coworkers the following day. Since I commute by bike, I needed something more portable… and thus these bars were formed! I like to think of it as key lime pie but in a portable, lemon bar format. Although key lime pie uses a traditional all graham cracker crust, I decided to throw in some crushed pistachios to add to the mix for a little somethin’ somethin’ extra. I mean, it was National Pie Making Day after all. 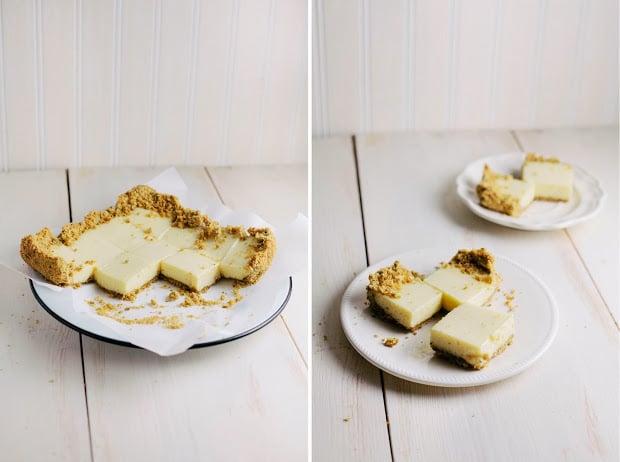 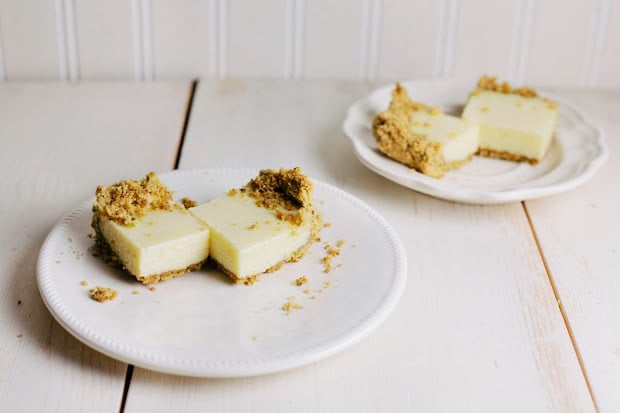 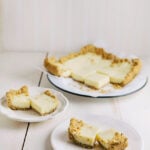 For the Pistachio and Graham Cracker Crust

For the Key Lime Filling

For the Pistachio and Graham Cracker Crust

For the Key Lime Filling 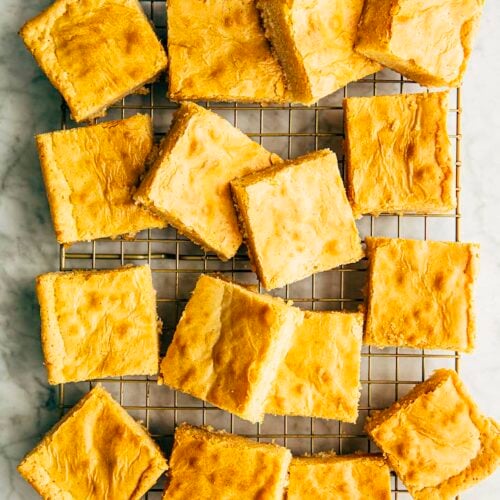