Confession: I’m not actually that into Halloween. Part of the reason why is that I’ve never been very good at it. Or dressing up for it, at least. My last great Halloween was when I was in eighth grade. My friends and I were probably a little too old to be trick-or-treating (what’s the age […] 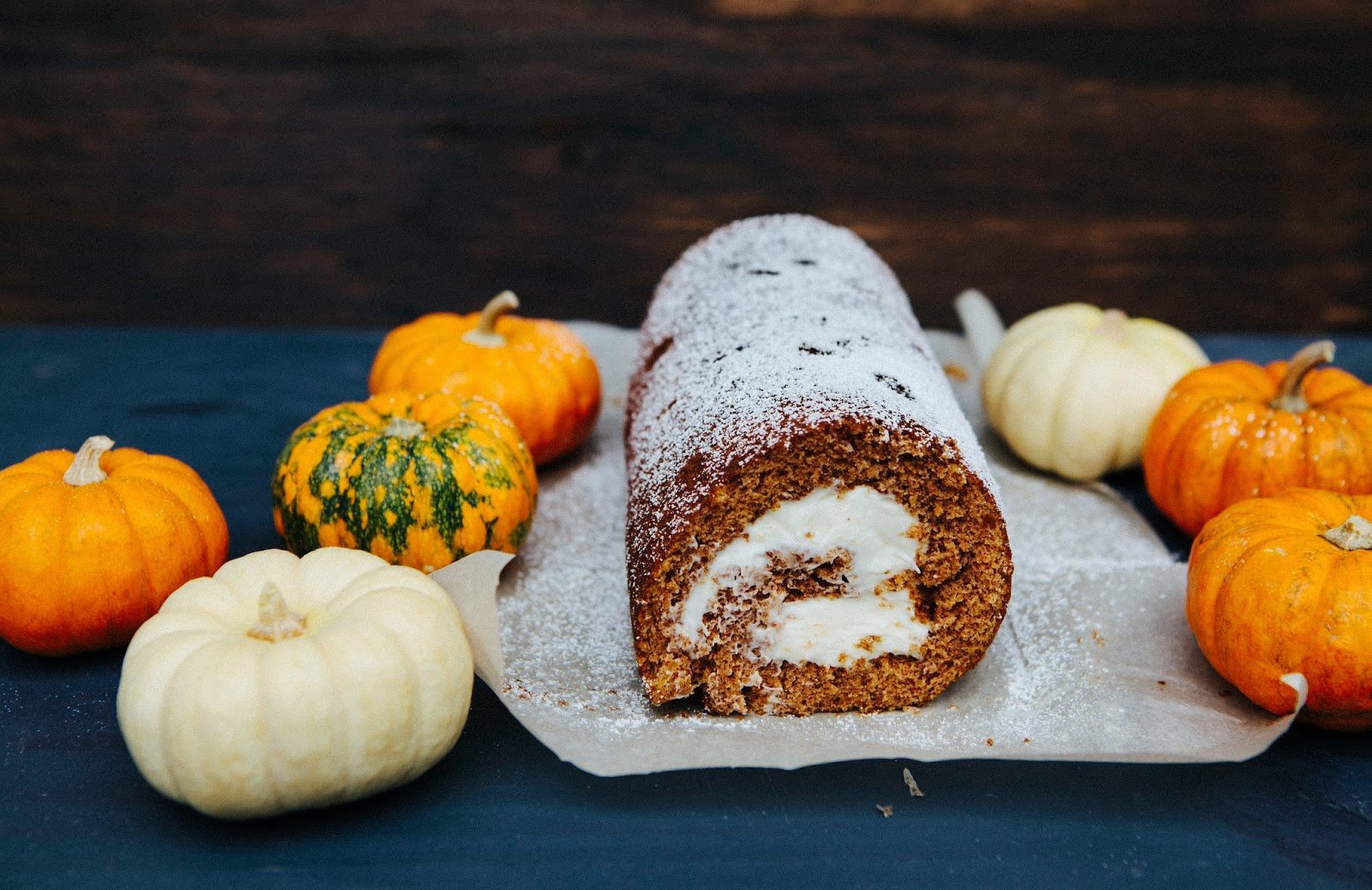 Confession: I’m not actually that into Halloween. Part of the reason why is that I’ve never been very good at it. Or dressing up for it, at least. My last great Halloween was when I was in eighth grade. My friends and I were probably a little too old to be trick-or-treating (what’s the age limit for that, anyway?), but no matter — my two best friends and I rollerbladed around the neighborhood after spray painting our hair blue, pink, and green. We were the Powerpuff Girls, and on our rollerblades, we covered nearly three times as much ground as the other neighborhood kids.

Needless to say, it’s gone downhill since then. In high school, it wasn’t very cool to dress up anymore. And then there was college. At most other universities, girls were dressing up in tight, skimpy outfits and putting on cute little animal ears to pass off as sexy bunnies or kittens. Not at my school. Since it was one of those incredibly nerdy liberal arts colleges, everybody was constantly trying to stand out and prove their quirkiness. One of the more positive side effects of this fact is that my college years were filled with some of the best costumes I’d ever seen. To wit; one of my college acquaintances had her mom make her a 50s style dress from a Twister mat. Another used a hula hoop to fashion herself into a cupcake. You can see why my costumes — often times scrounged last minute from a thrift store or bought on sale at the kid’s section at Party City — failed to make an impression on anybody, including myself. But the feelings of inferiority never quite left me. Every year I dreaded having to think up of a costume, knowing that it was never going to be as good as everybody else’s.

Fortunately, as the years went by, Halloween became less and less meaningful in my life. Each year, as my friends and I got older, Halloween costume parties became rarer and rarer, to the point of non-existence. And since I was consistently living in apartments, I wasn’t even bothered by trick-or-treaters. In fact, the only reason I knew it was Halloween in the first place was because supermarkets would suddenly have aisles filled with nothing but orange and black packaging. 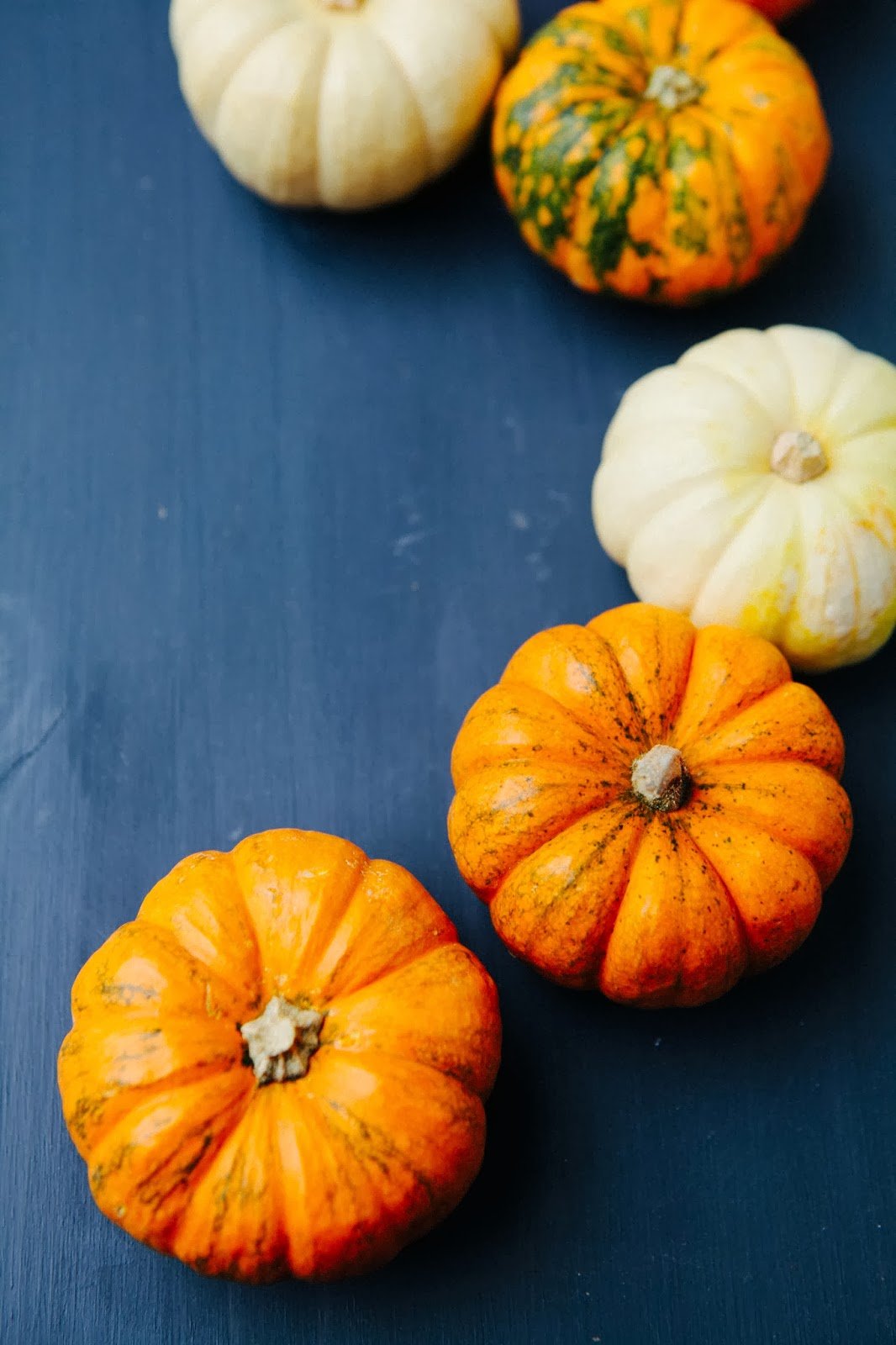 And so it happened one Saturday that, upon seeing the orange and black Halloween aisles filled with neon candy and plastic skeletons, I had the sudden realization: this year, I would actually have to participate in Halloween. I lived in a house now, in a desirable neighborhood filled with kids. I didn’t want to be the new curmudgeonly neighbor on the block handing out pennies and toothbrushes, or, at worst, shuttered inside with the lights out. No, no, no. This was my first Halloween in the house that I owned, and I was going to do it right.

With that new-found sense of purpose, I went a little crazy. I filled my shopping cart with skeletons, ominous looking rats, and jack-o-lanterns to hang around my porch. Miniature pumpkins? How adorable and holiday appropriate! I grabbed a dozen to place in my cart, despite the fact that they didn’t match my cheesy rats and skeleton theme. And candy? I didn’t want the “fun” sized chocolate bars that you could get anywhere, no no no — I wanted the kids to fight over my candy, meaning that they were getting primo goods like special edition Skittles and Trolli gummy worms and bears.

So consider this pumpkin and cream cheese roulade the result of my festive rampage. During my crazed shopping spree, I had also grabbed several cans of pumpkin with the inspired idea that I’d be making a pumpkin pie… before remembering that I didn’t even like pumpkin pie. But it turns out there are plenty of other awesome baked goods that you can make with pumpkin, like this pumpkin and cream cheese roulade: 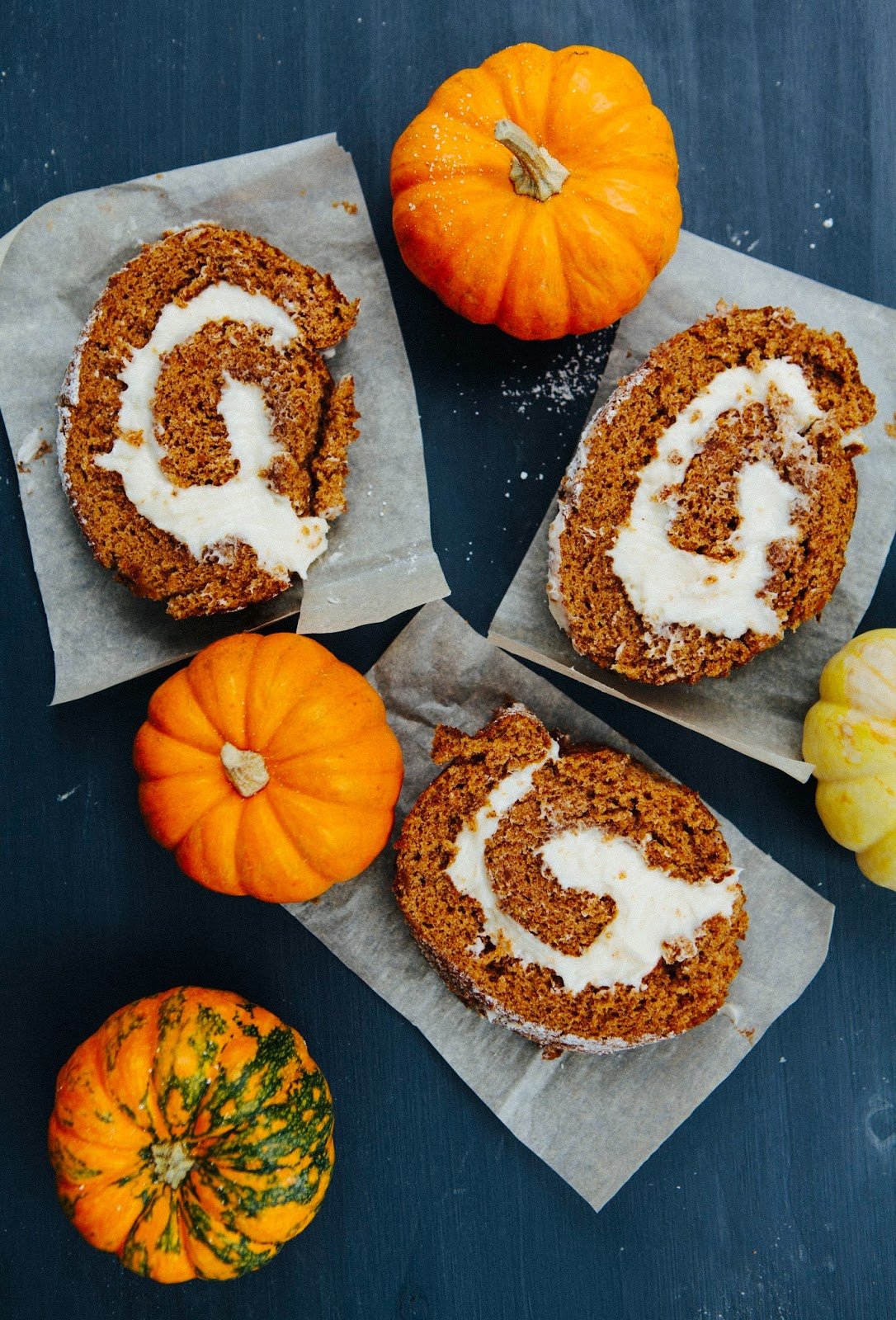 Essentially, incredibly moist and soft pumpkin sheet cake rolled up with cream cheese frosting. The cream cheese frosting does a wonderful job of complimenting the cinnamon spices in the pumpkin sheet cake. Not only is it a dessert that takes advantage of the current fall bounty, it’s also perfect for getting inspired and motivated for Halloween. Just sit back and imagine eating this cake, satisfied with the knowledge that you have the best candy and decorations on the block. Ha! Just kidding on that second part. 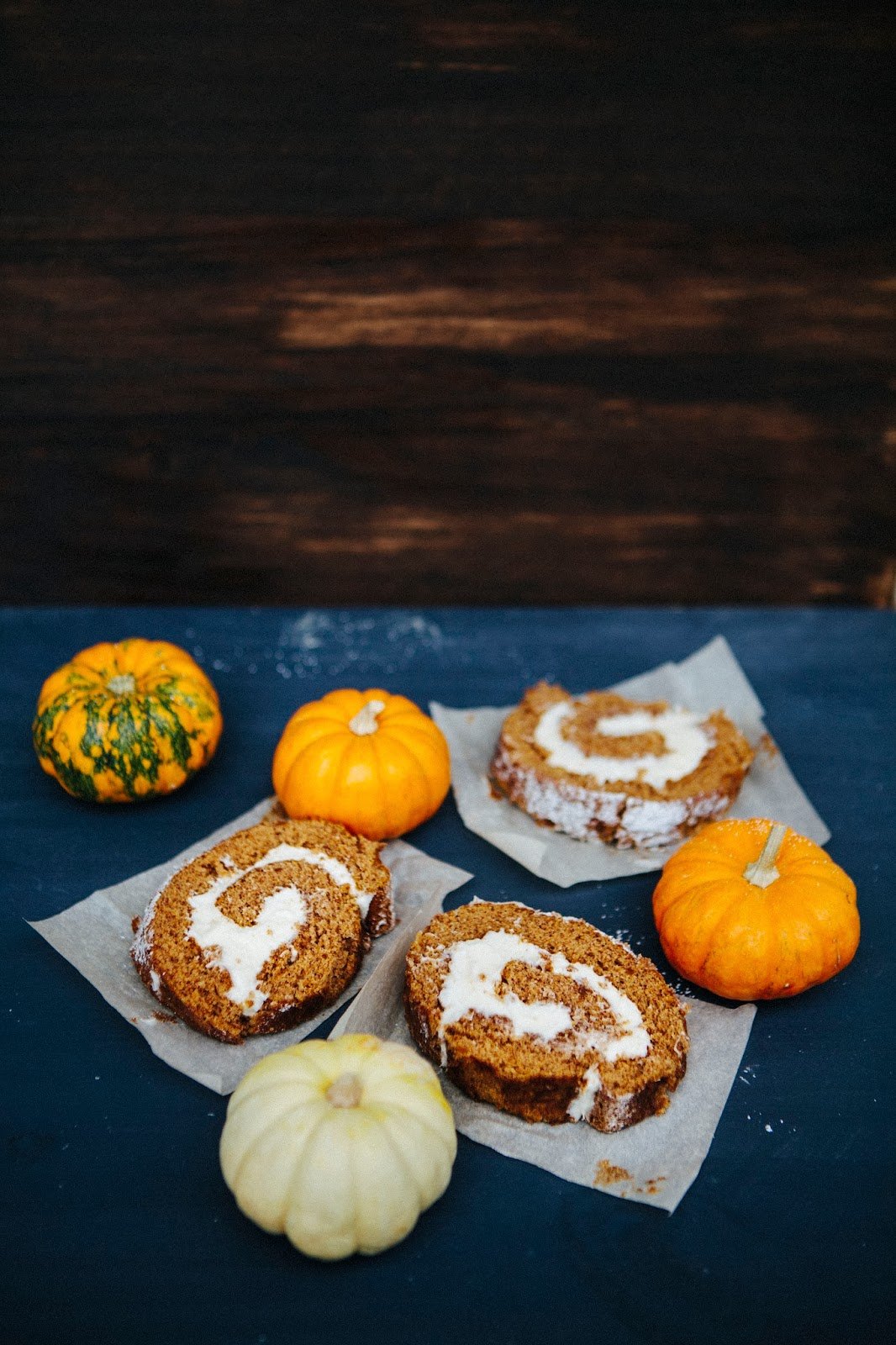 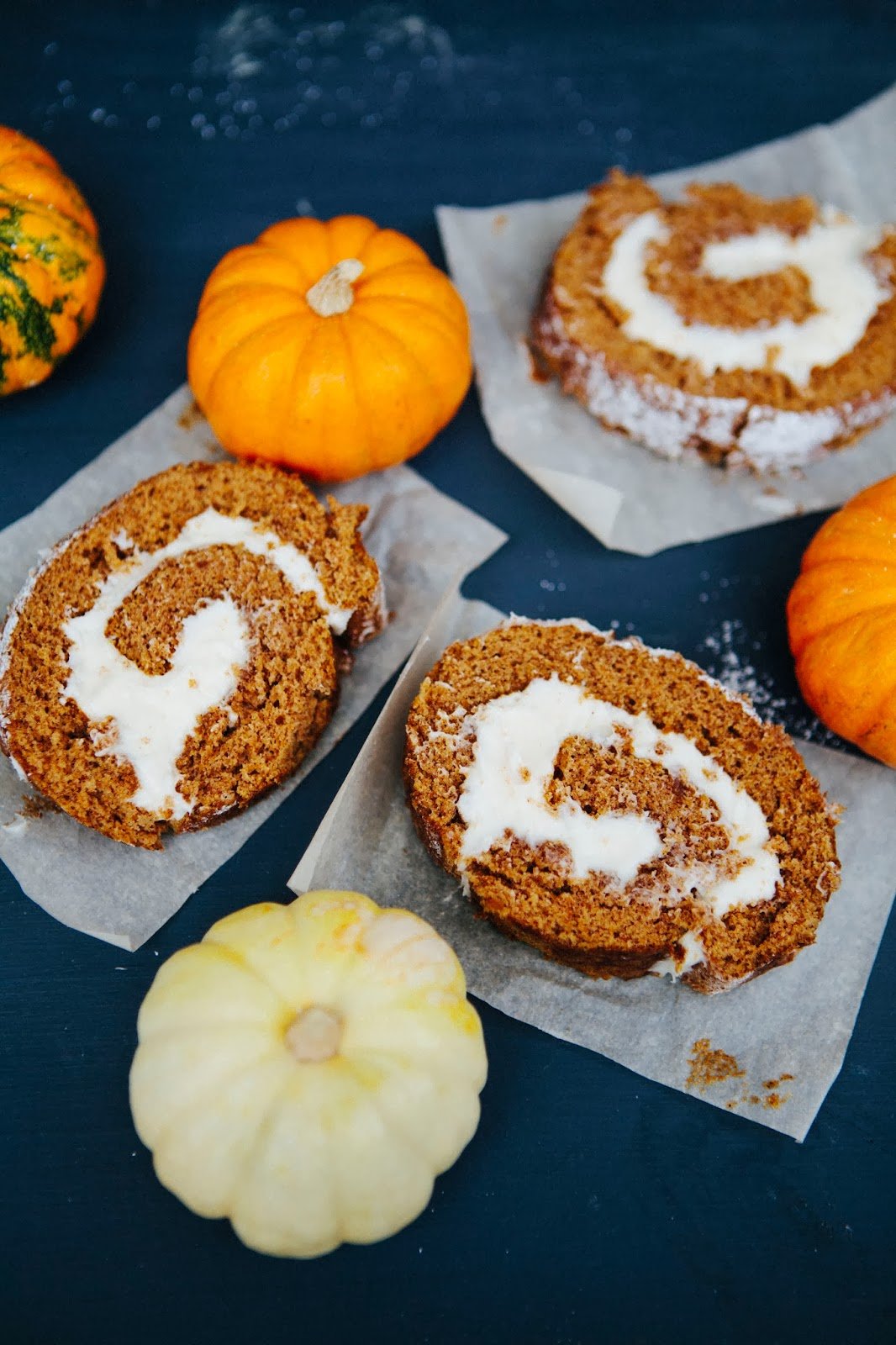 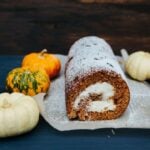 For the Pumpkin Sheet Cake

For the Cream Cheese Filling

For the Pumpkin Sheet Cake

Adapted from Home Sweet Home by the Hummingbird Bakery 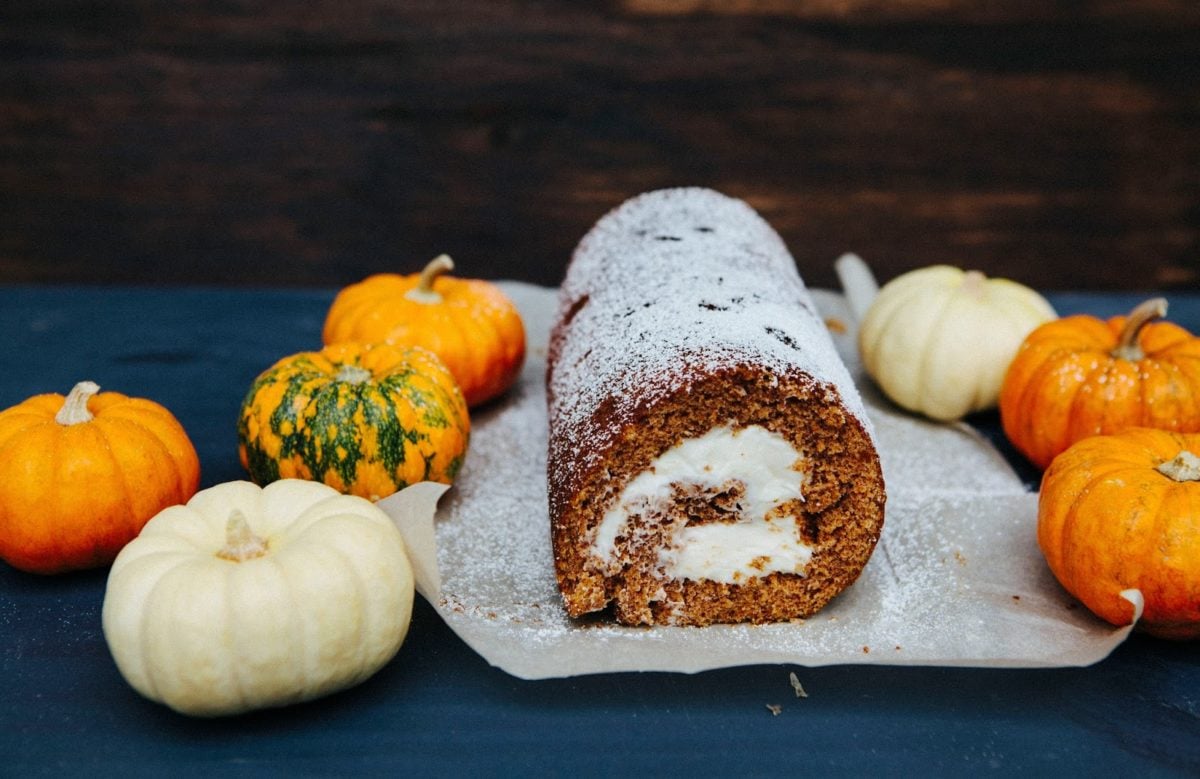 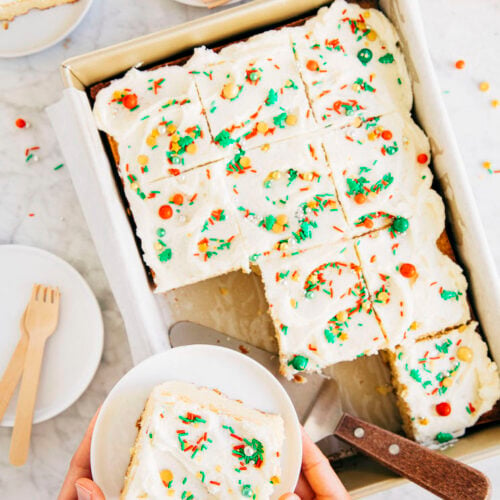 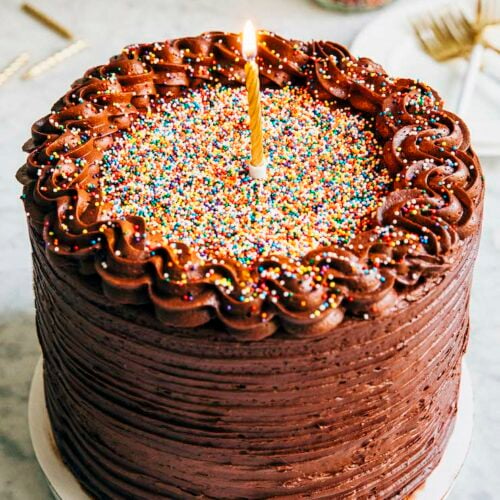