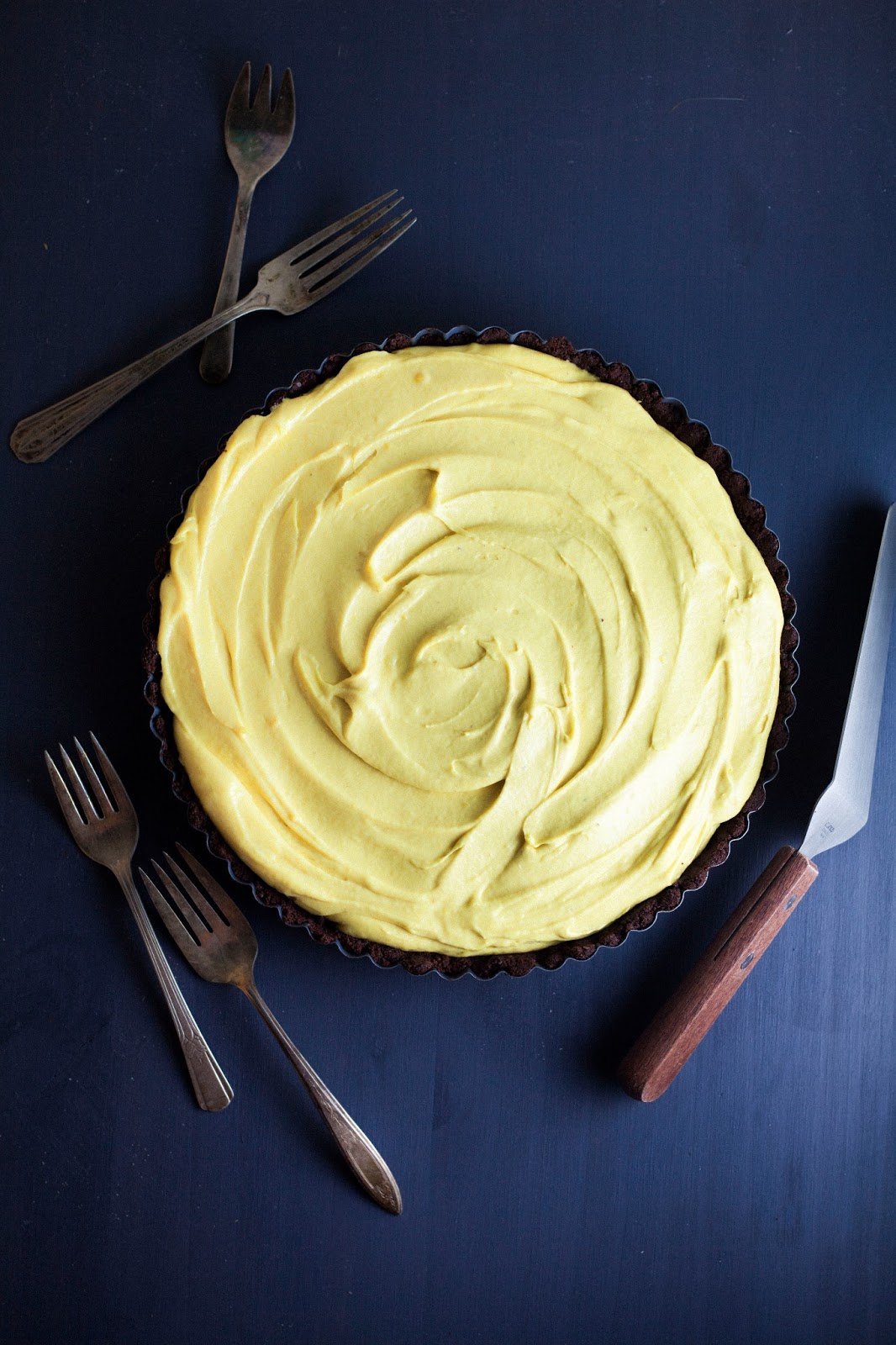 One of my most vivid memories about my freshman year college roommate was her initial disdain for Portland. She’d just moved from the heart of San Francisco, and was unimpressed by what the city had to offer. I believe she described Portland as “rinky-dinky” and instead waxed poetic about San Francisco, wishing for more hustle […]

One of my most vivid memories about my freshman year college roommate was her initial disdain for Portland. She’d just moved from the heart of San Francisco, and was unimpressed by what the city had to offer. I believe she described Portland as “rinky-dinky” and instead waxed poetic about San Francisco, wishing for more hustle and bustle on the streets as well as more reliable and ubiquitous public transportation.

Fast forward three years later. By that point, she’d gone “full Portland” — she’d learned how to ride a bike, took tango lessons in the industrial southeast neighborhood, and shared a house with a herb garden and a bunch of dudes who’d worked out both a communal bicycle and food sharing system amongst themselves. Gone were her laments about Portland’s quiet streets and rainy weather; instead, she scoffed at the freshmen using umbrellas.

There’s something about this place that bewitches people. I can’t tell you personally what it is that keeps me here — the list would be too long, random, and nonsensical, involving seemingly ridiculous and corny things like “the way the light shines through the trees on SE Ladd during my bike rides” — but I will say that one of my favorite things is the Portland food scene.

Despite having lived in other large cities like Houston, San Francisco, and London, I can tell you that the Portland food scene is like no other. It truly holds its own against all those cities that I just listed, and in many ways, surpasses them. The quality of the food that you can get here is unbeatable; and don’t even get me started on the price. We are really, truly lucky to have so much quality food available to us at a price that is significantly lower than other cities.

Sometimes I get nostalgic for the food scene in other cities though. For instance, I recently went to New York and marched my friends from bakery to bakery, despite none of us having any room left in our stomach for more baked goods. As a foodie (though I cringe when I use that term), it’s hard to sit back and read about the latest food trends and not be able to partake — lining up for cronuts at Dominique Ansel Bakery, for instance. Or trying the new soft serve flavors at Momofuku Milk Bar.

But this is where Feast Portland comes in:

Feast is a relatively new food and drink festival that started last year. What is it, exactly? It’s like all my favorite chefs, restaurants, and food people all decided to come together in one place to cook, eat, and, well, feast! Intended to showcase local culinary talent and Oregon ingredients, Feast draws in nationally recognized chef and foodies throughout the country. There are food-related demos, talks, tastings… you name it, Feast has it.

One of the events that I’m especially excited for is the Feast Portland Night Market. Looking through the roster of who’s coming, I nearly had a heart attack from my excitement! Not only is it going to be featuring chefs my some of my favorite local restaurants (think: Aviary, Beast, Pok Pok, Smallwares), the event is also going to be featuring famous chefs from other cities like San Francisco, Austin, New York, and more!

I was especially excited to see Momofuku Milk Bar’s head pastry chef, Christina Tosi, on the roster. As a dessert blogger and general sugar fiend, Christina Tosi has been one of my personal heroes for as long as I can remember. I’ve made several recipes from her cookbook, all of them absolutely stellar and delicious. 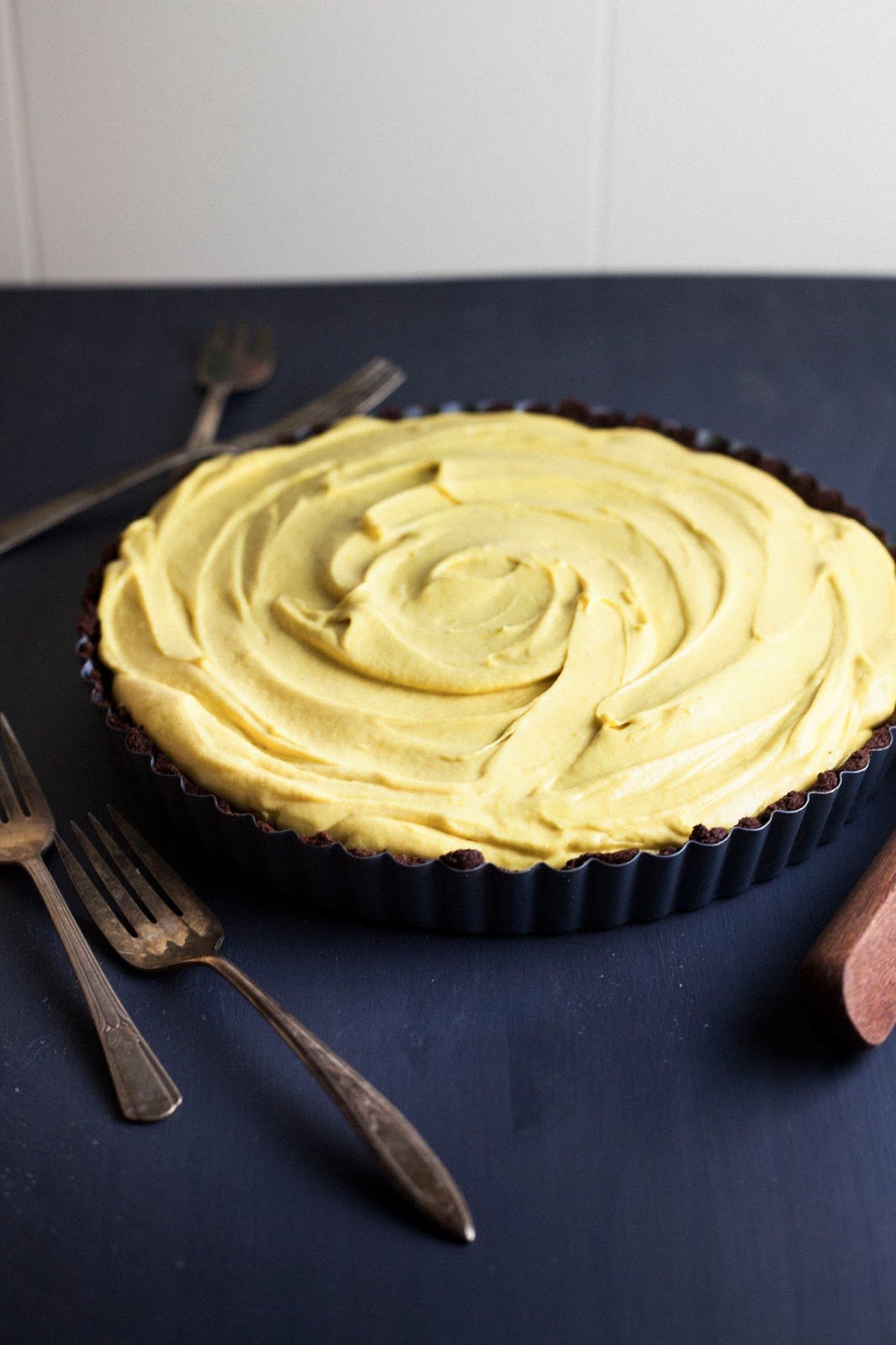 Folks, I’m not lying when I say that this is the best banana cream pie that I’ve ever had. And I’ve tasted a lot of pretty damn good banana cream pies, like the one from San Francisco’s Mission Pie or Denver’s Sushi Den. But neither of them can hold a candle to Christina Tosi’s. 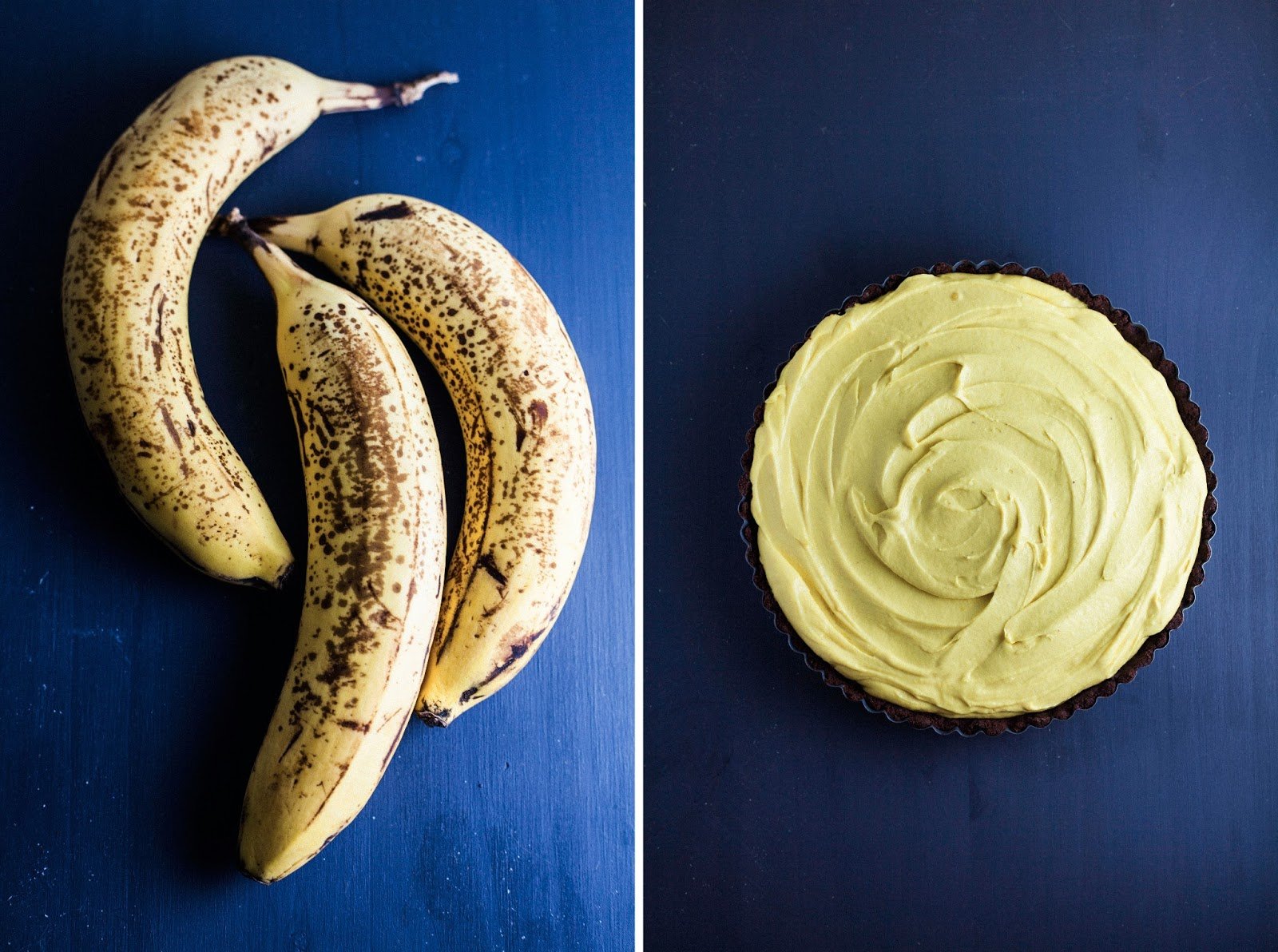 I love that she’s a woman who’s not afraid to indulge in her guilty pleasures. Cereal milk? Milk Bar’s got it. A pie made of nothing but caramelized brown sugar? Yup, Milk Bar’s got that too, aptly named “crack” pie. You gotta admire that.

Similarly, what makes her banana cream pie stand out so much is that she’s not afraid to indulge. The recipe throws in as much of the decadent stuff as it can — cream, milk sugar, butter — it’s all there. To top it off, this pie is a study of contrasting textures. It’s got a sandy, crumbly chocolate crust (that reminded me of crushed Oreos), and extremely ripe bananas layered between heaps of banana cream.

So absolutely delicious and so utterly addicting that at some point, my friends and I didn’t even bother with any serving utensils. We just ate it straight from the pan: 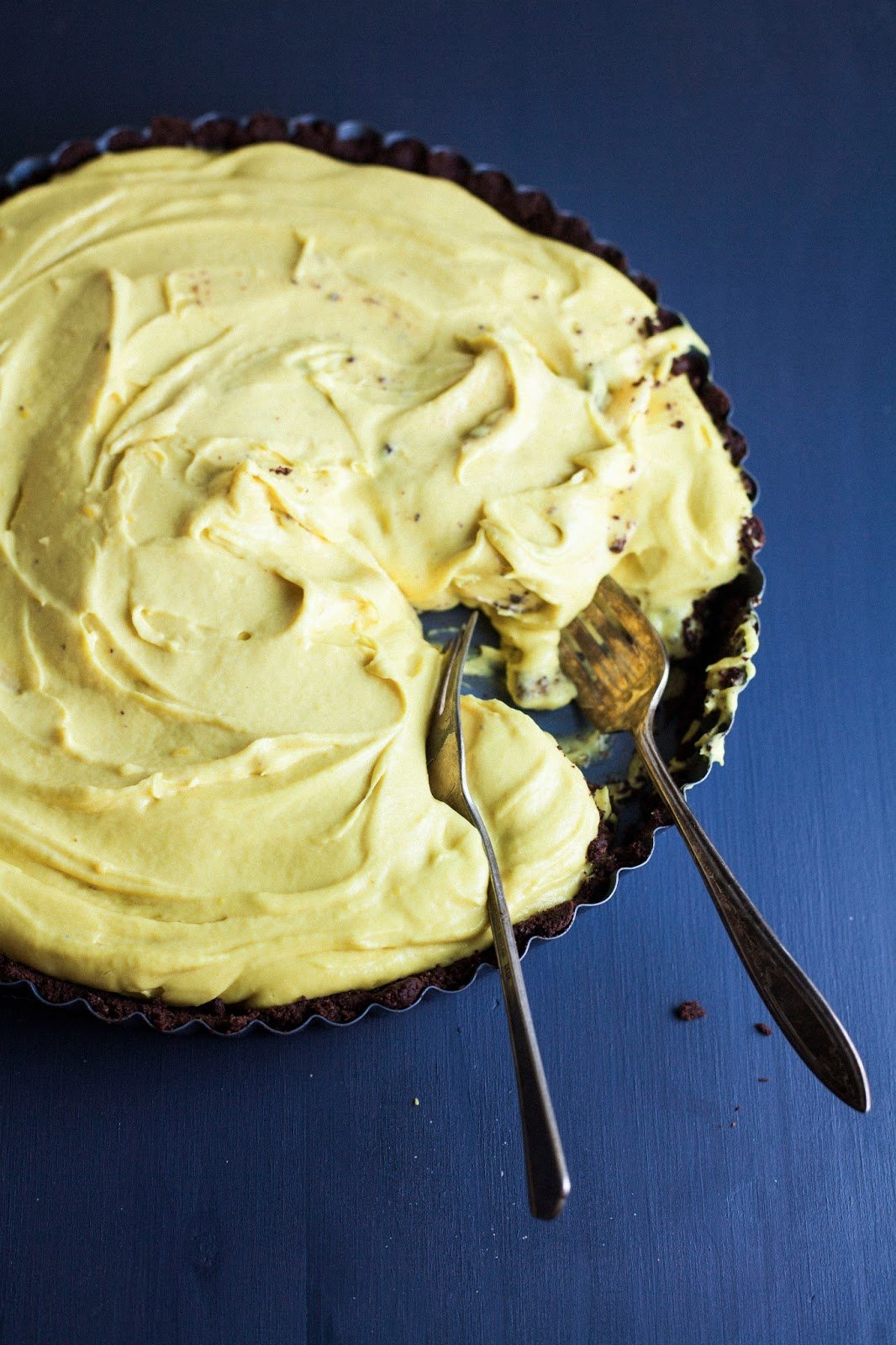 The baked goods that I’ve made from Christina’s cookbook have been so utterly and consistently delicious, that I can’t even begin to imagine what her other baked goods taste like. I can’t wait to find out at Feast’s Night Market though!

For now, this banana cream pie will have to tide me over. 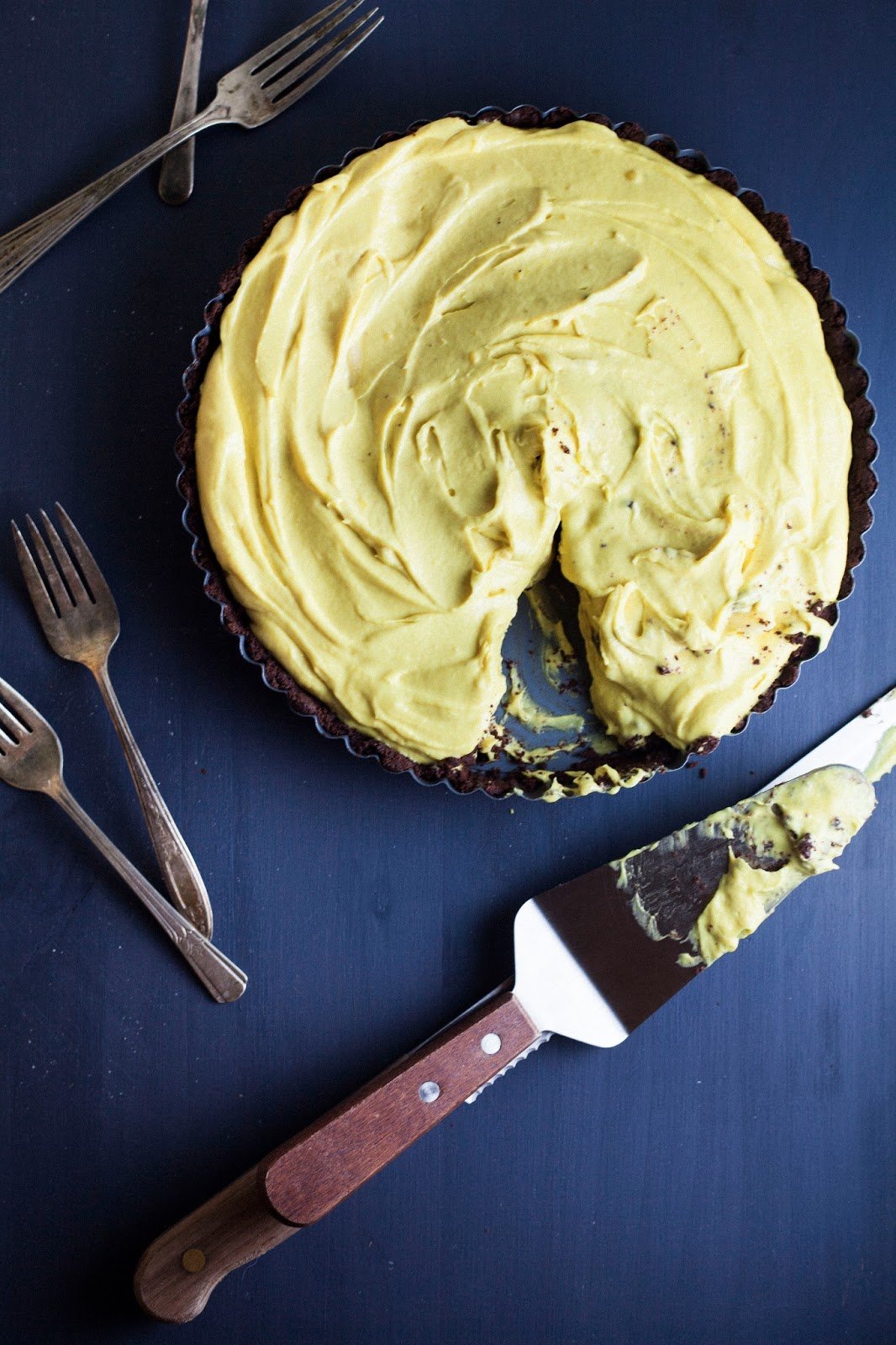 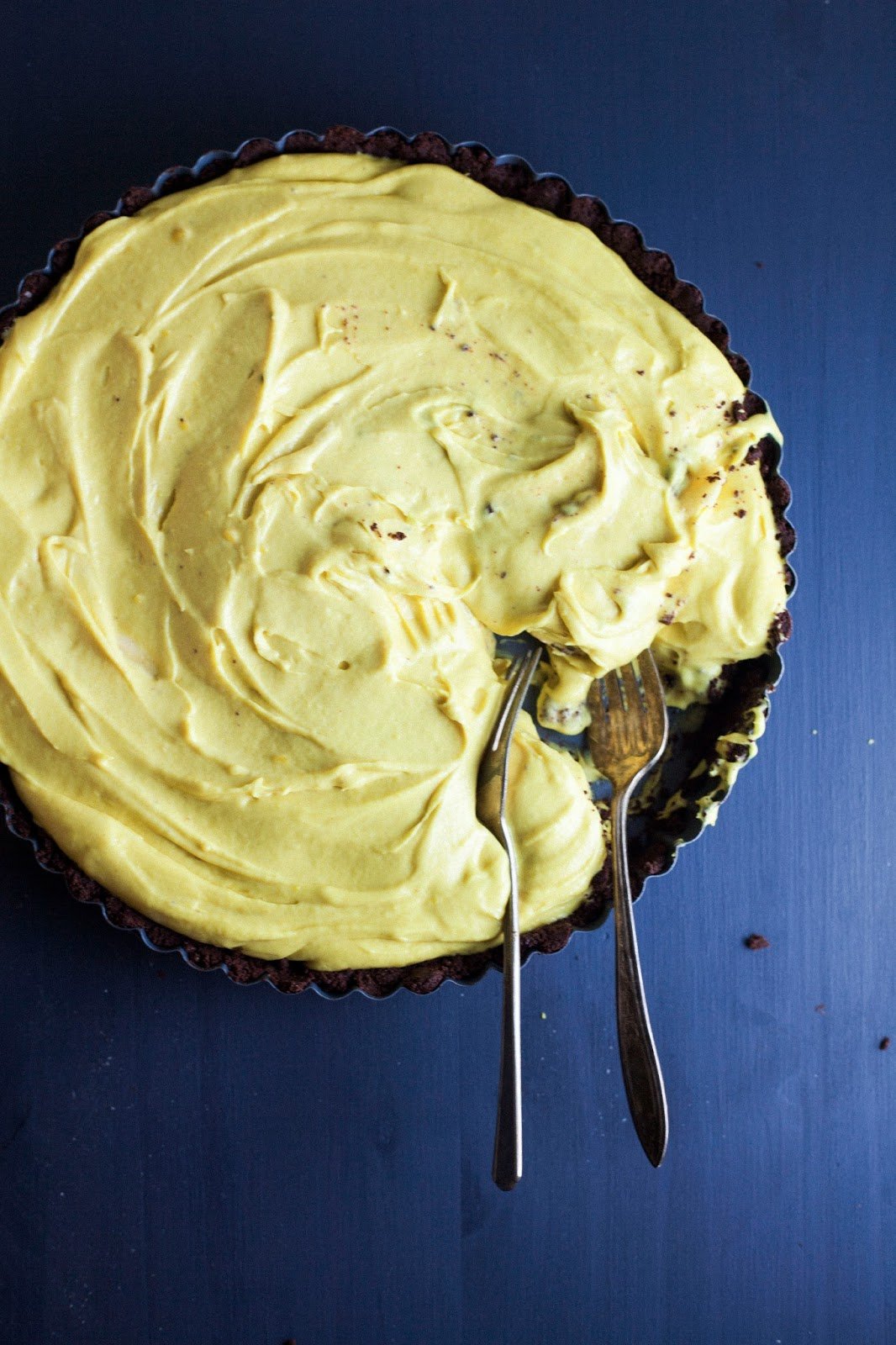 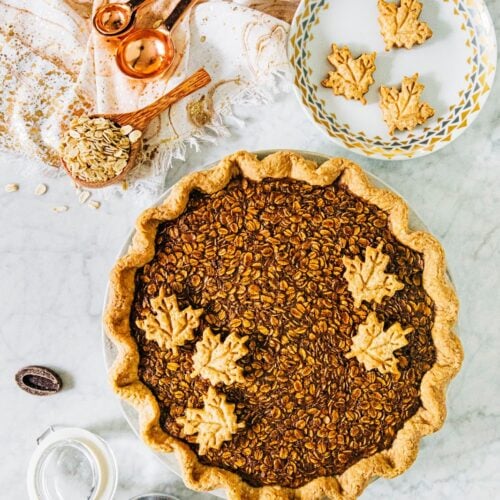