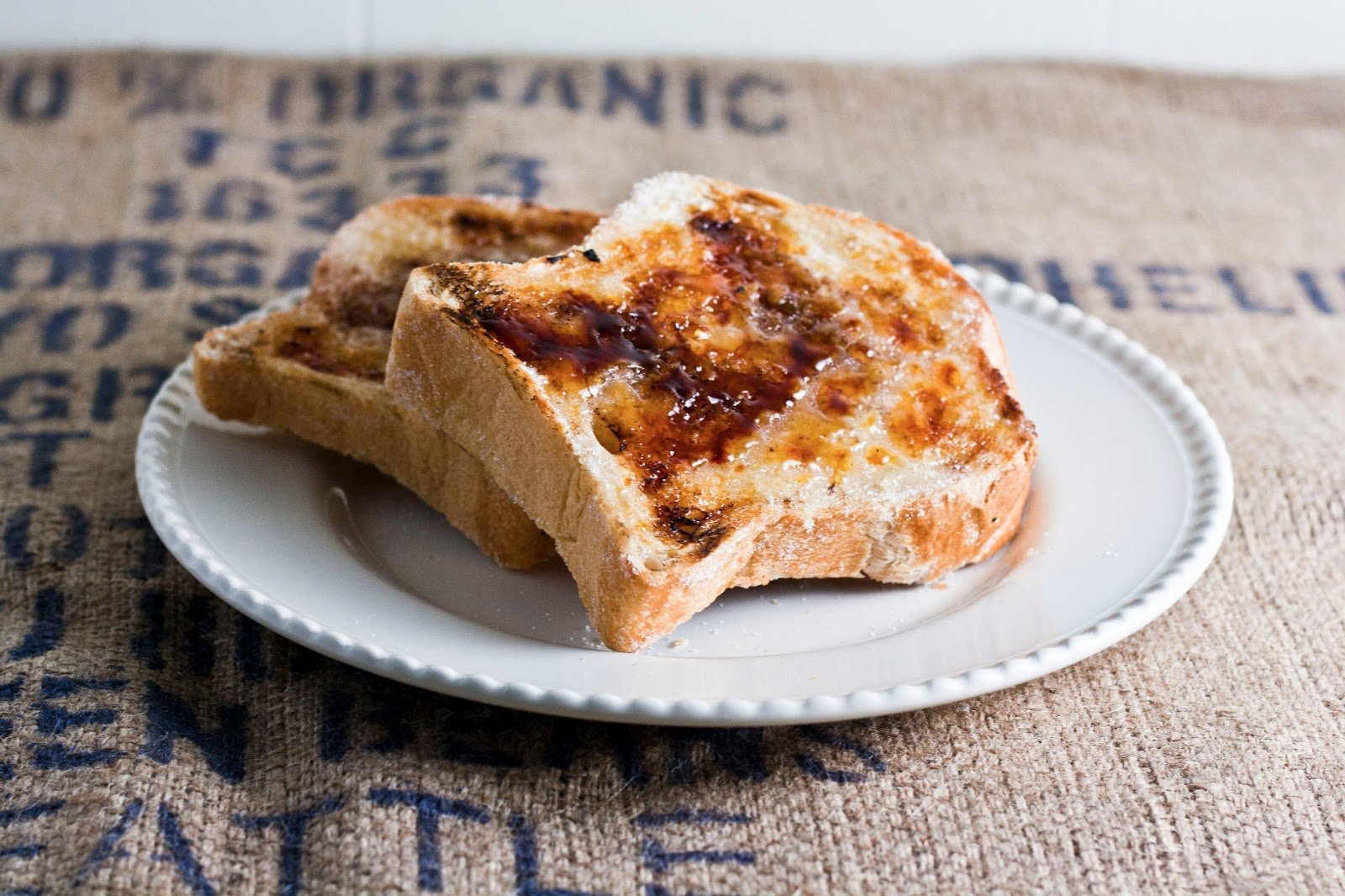 Earlier this week, I posted that I was in San Francisco for a few days. It’s always strange to visit a place that you used to call home. I’ve mentioned before that I spent a few years in the city — six months after graduating from college in Portland, I landed my first full-time job […]

Earlier this week, I posted that I was in San Francisco for a few days. It’s always strange to visit a place that you used to call home. I’ve mentioned before that I spent a few years in the city — six months after graduating from college in Portland, I landed my first full-time job and packed my bags for San Francisco where I spent the subsequent next two or so years.

When people ask me why I left San Francisco, I always hesitate before I tell them the truth: that I’ve never been the city’s biggest fan. It’s hard to say that about one of the world’s most beloved cities, but when I lived there, I found the city to be crowded, under-resourced, overpriced, stressful, and dirty. There was a line for absolutely everything — to even ENTER the supermarket, for instance.

I’ve had the opportunity to go back to San Francisco a few times since moving away, and I find myself enjoying the city more and more with each visit. At first I attributed it to the fact that some of my best friends still live in San Francisco, a far departure from when I first moved there and literally only knew two people. It also helped that I didn’t have to deal with navigating and finding my way around the city on my own, as I did when I first moved there.

My most recent visit was particularly special though. Maybe it was the fact that I got to hang out with some good friends that I hadn’t seen in years. Or that I’d been blessed with a week of bright blue sky and 70-degree weather. Or that I managed to go to all of my favorite places in the city without too much of a wait. All those things combined into one giant realization: perhaps I didn’t give the city the chance that it deserved.

There are always going to be a lot of things about San Francisco that leaves a bad taste in my mouth. For instance, how the city fails to provide enough resources or support for its large homeless population while the rest of the city booms from the success of the current tech bubble. The fact that the average rent for a tiny two-bedroom in a sketchy neighborhood is around $2500, and good luck finding a decent place if you’re not working at a fancypants tech company.

But this time, I see that there’s good too. Tartine‘s Lemon Cream Tart. Blue Bottle‘s New Orleans Iced Coffee. The Farmer’s Market at the Ferry Building. Catching your favorite food truck hiding in a tucked-away alley between buildings. How you can get great Chinese, Burmese, Mexican, French and American food all in the same neighborhood without ever needing to use any other mode of transportation besides your feet. And of course, the triumphant feeling of getting a table with your friends at a crowded bar/popular restaurant and finally sinking your teeth into their signature dish.

So when I got back to Portland, I knew that wanted to bake a recipe that was classically San Francisco. Which is why I bring you this recipe for Cinnamon French Toast Crunch: 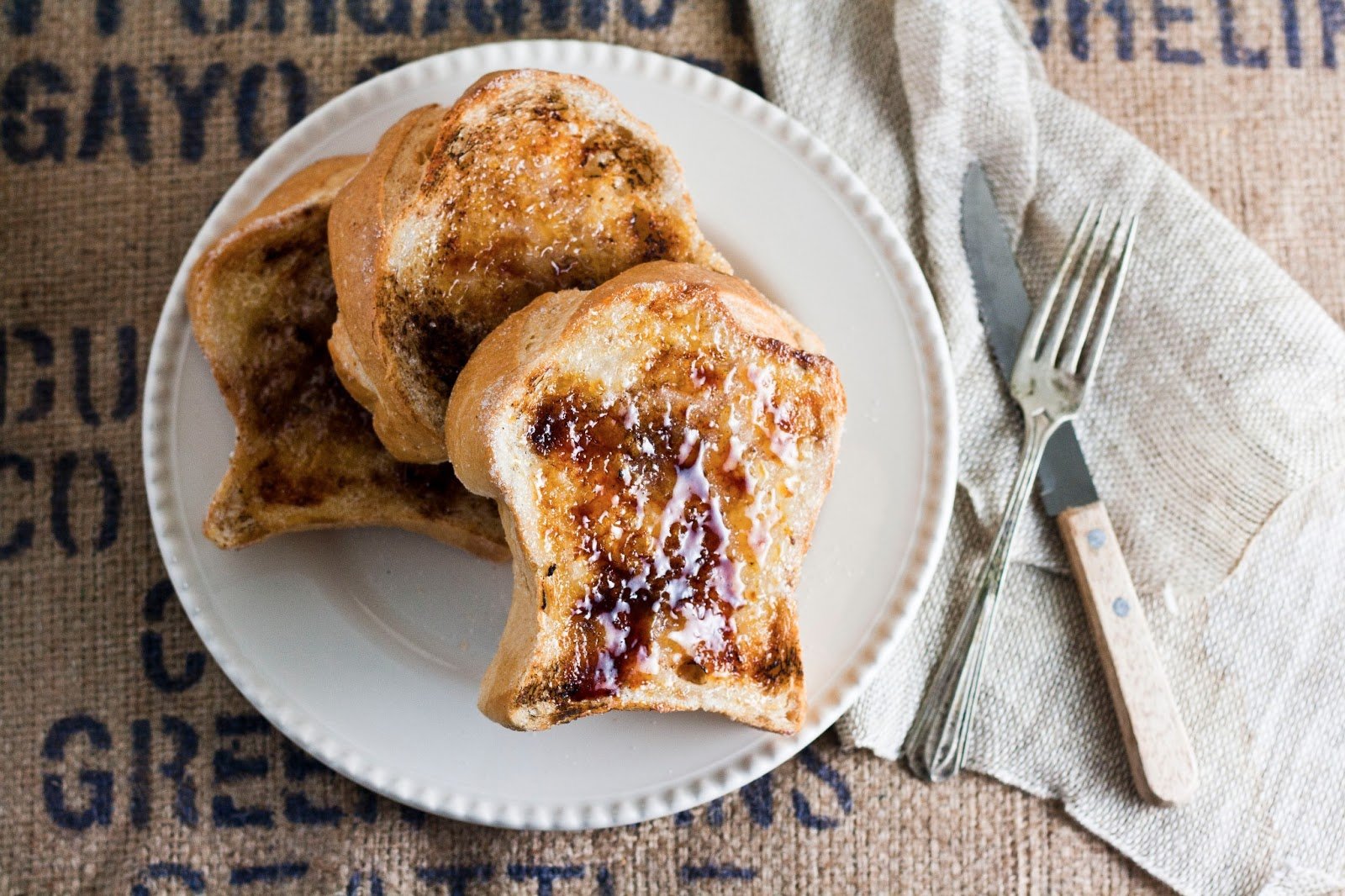 This recipe comes from the Mission Street Food Cookbook, a cookbook from famed San Francisco restaurant Mission Chinese Food. I’ve already professed my love and gratitude for the restaurant in my post about their sour cream brownies, so I won’t bore you with the details. What you see above is a French toast recipe with a twist — instead of using an egg and frying the bread over the stovetop, this recipe toasts the bread, before dipping it in a hearty bowl of sugar and brûléeing it with a torch, and topping it off with some cream and sweetened condensed milk. The result is a breakfast/dessert that tastes like a bowl of Cinnamon Toast Crunch cereal and a ramekin of creamy crème brûlée all at once. The varying textures (the crunch from the brûléed sugar, the milky texture of the bread once it absorbs the cream) is absolutely heavenly — think bread pudding, or a tres leches cake.

Also, I was so committed to capturing the city’s personality that I actually brought back a loaf of famed Acme Bakery‘s pain de mie to use in my recipe! Yep, I was that girl hauling a loaf of bread with her through airport security, up in the air, and across state lines: 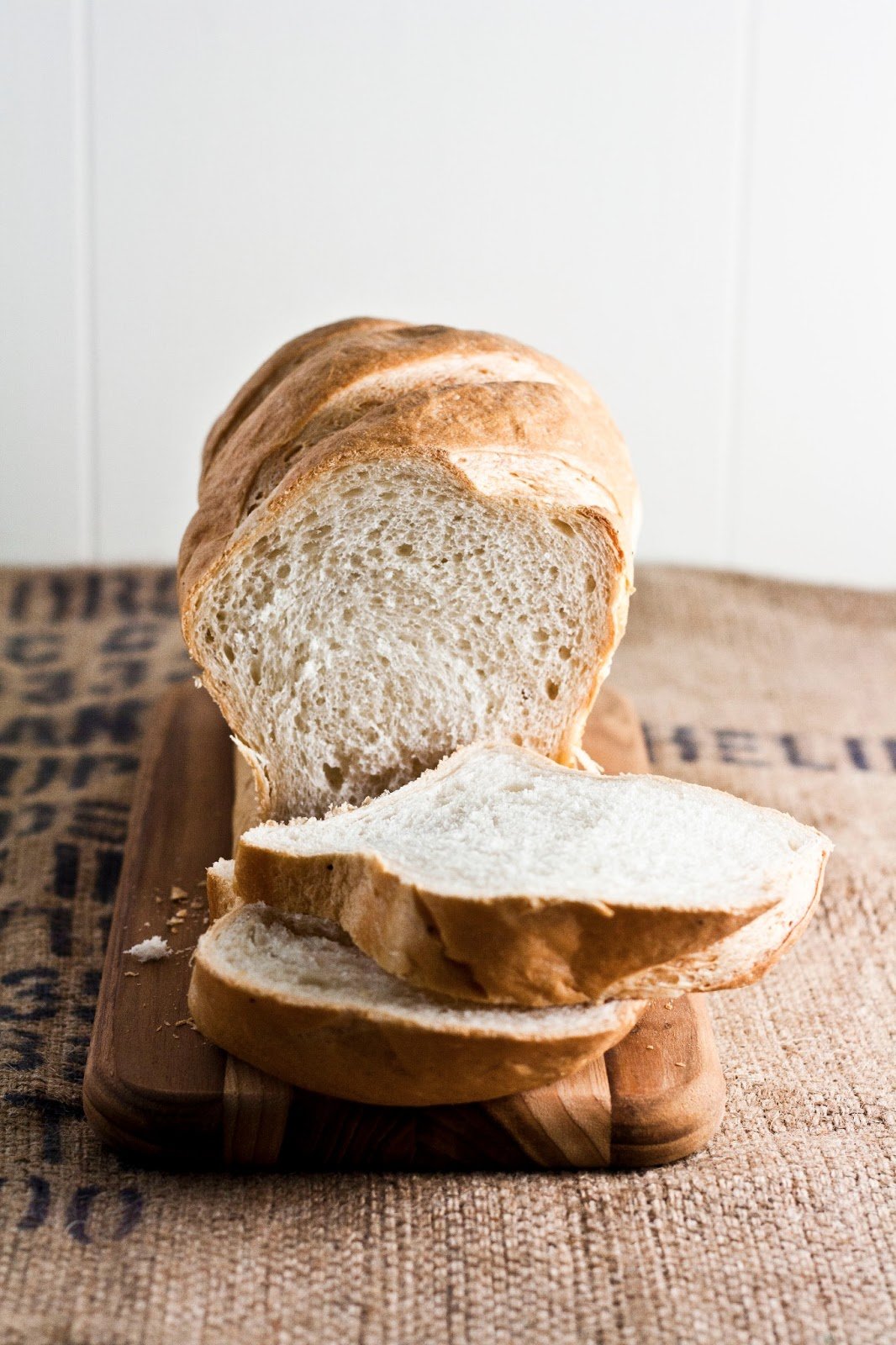 And it was worth it, because I feel like this cinnamon french toast crunch really fits the bill — it’s a dish that captures San Francisco, not only as a culinary destination, but as a city as a whole. A dessert from a beloved San Francisco restaurant: Made from high-quality ingredients. Novel and familiar at the same time. Playful yet slightly pretentious (because what breakfast dish needs a flame torch?). And of course, absolutely decadent and irresistible. It’s the San Francisco I’ve come to know and love indeed.

Minus the long wait at the door. 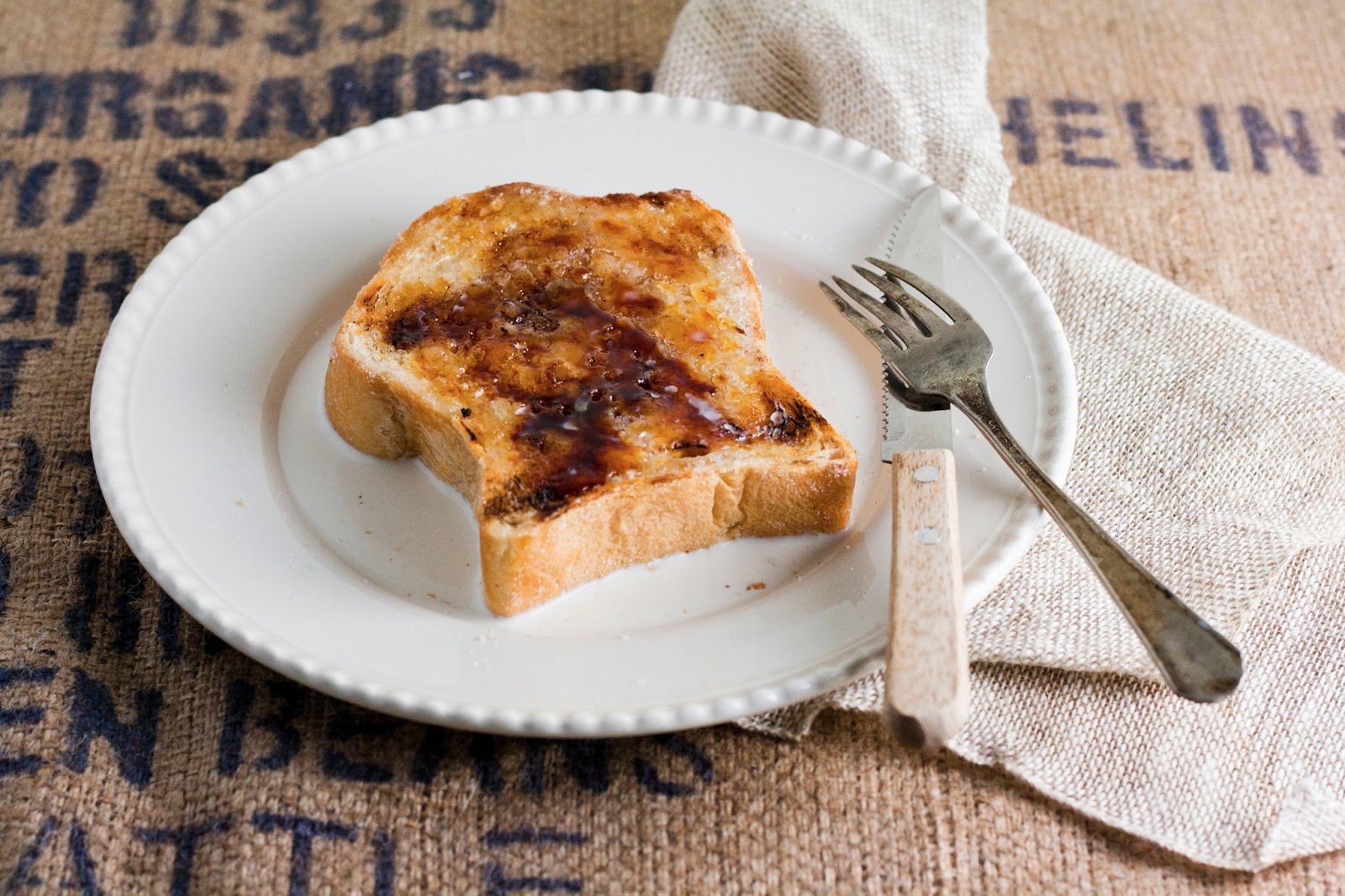 For the Cinnamon French Toast Crunch:
— 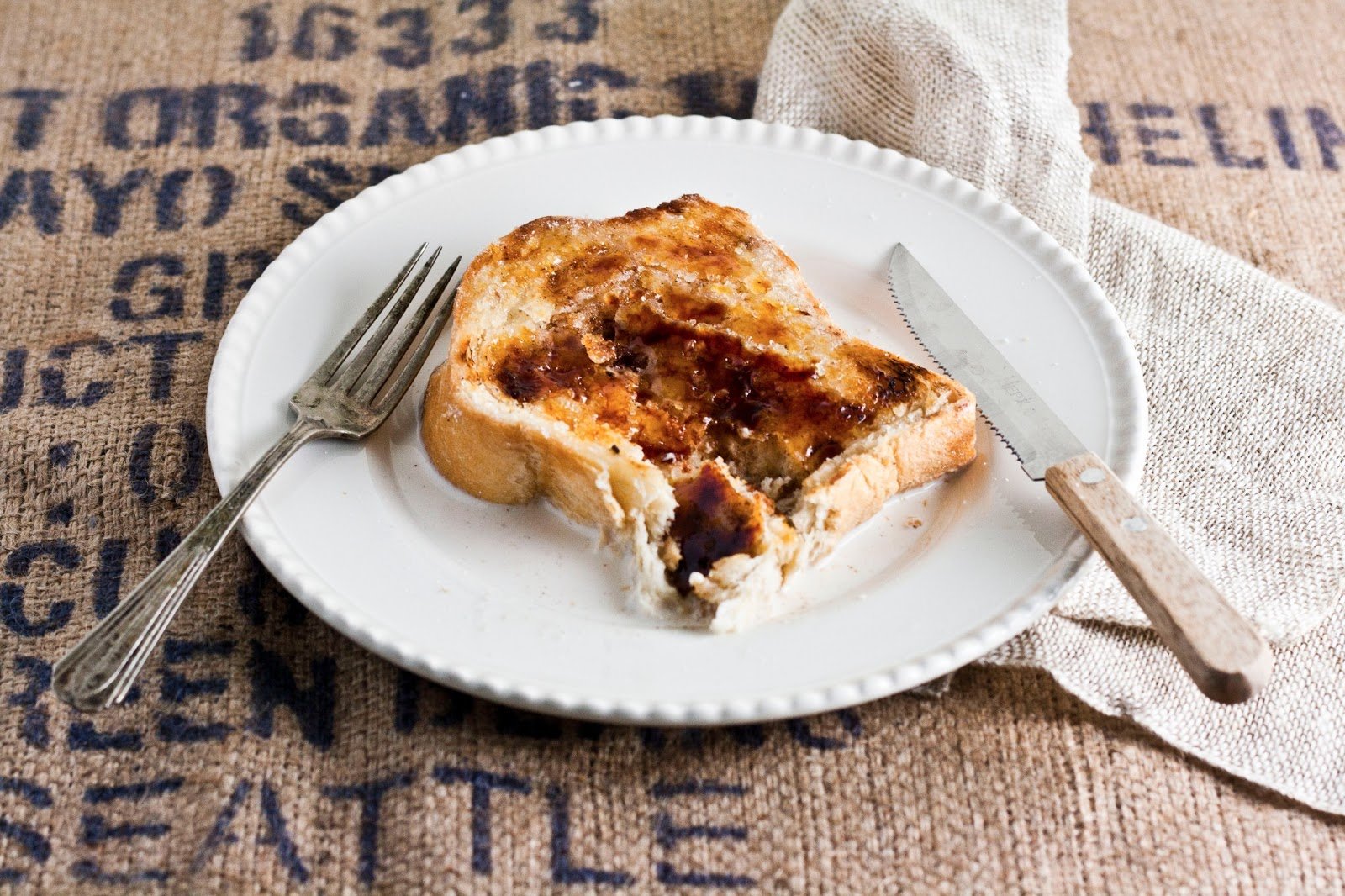 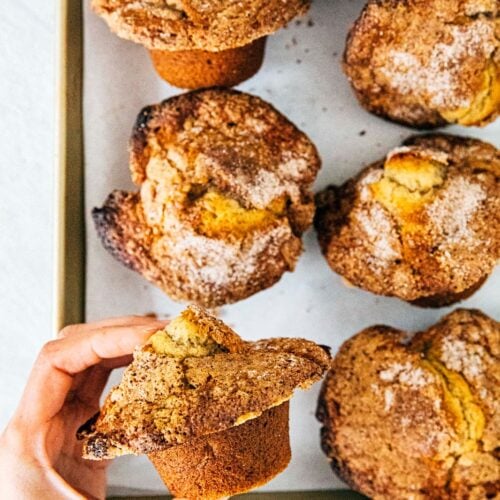 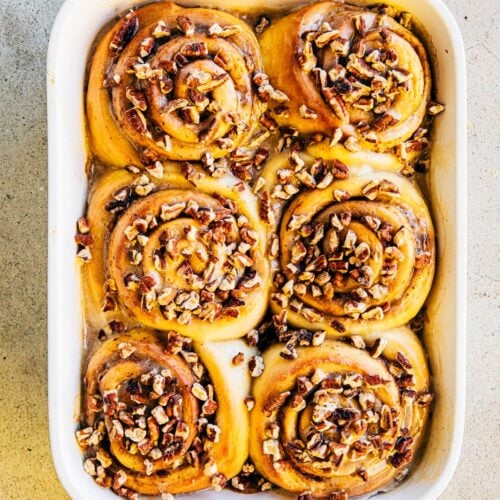 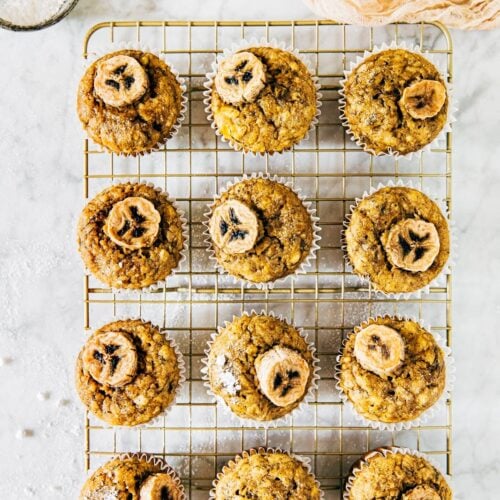