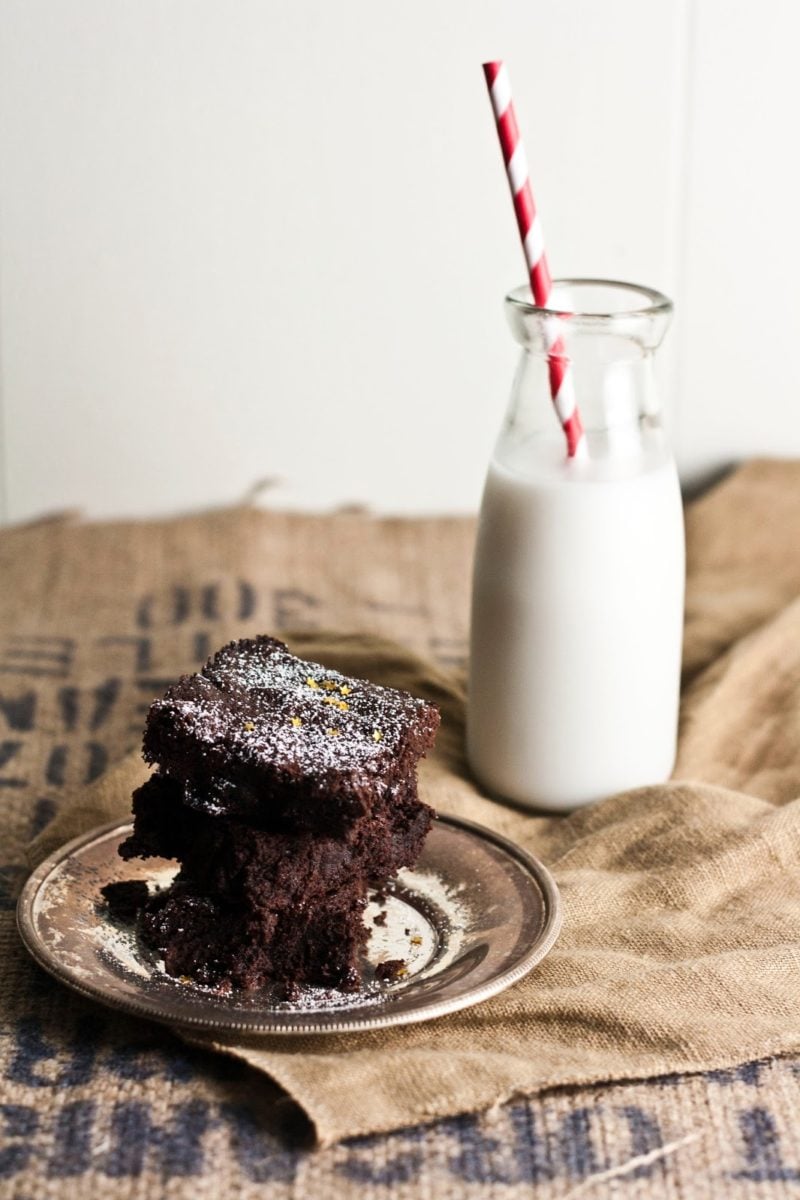 Guys, sugar-free month is finally OVER! Now I can finally bake these brownies that I have literally spent two weeks thinking about.   But before I talk about brownies, let’s talk about sugar-free month. How did it go? How do I feel? Was it worth it? Why did I even do something like this to […] 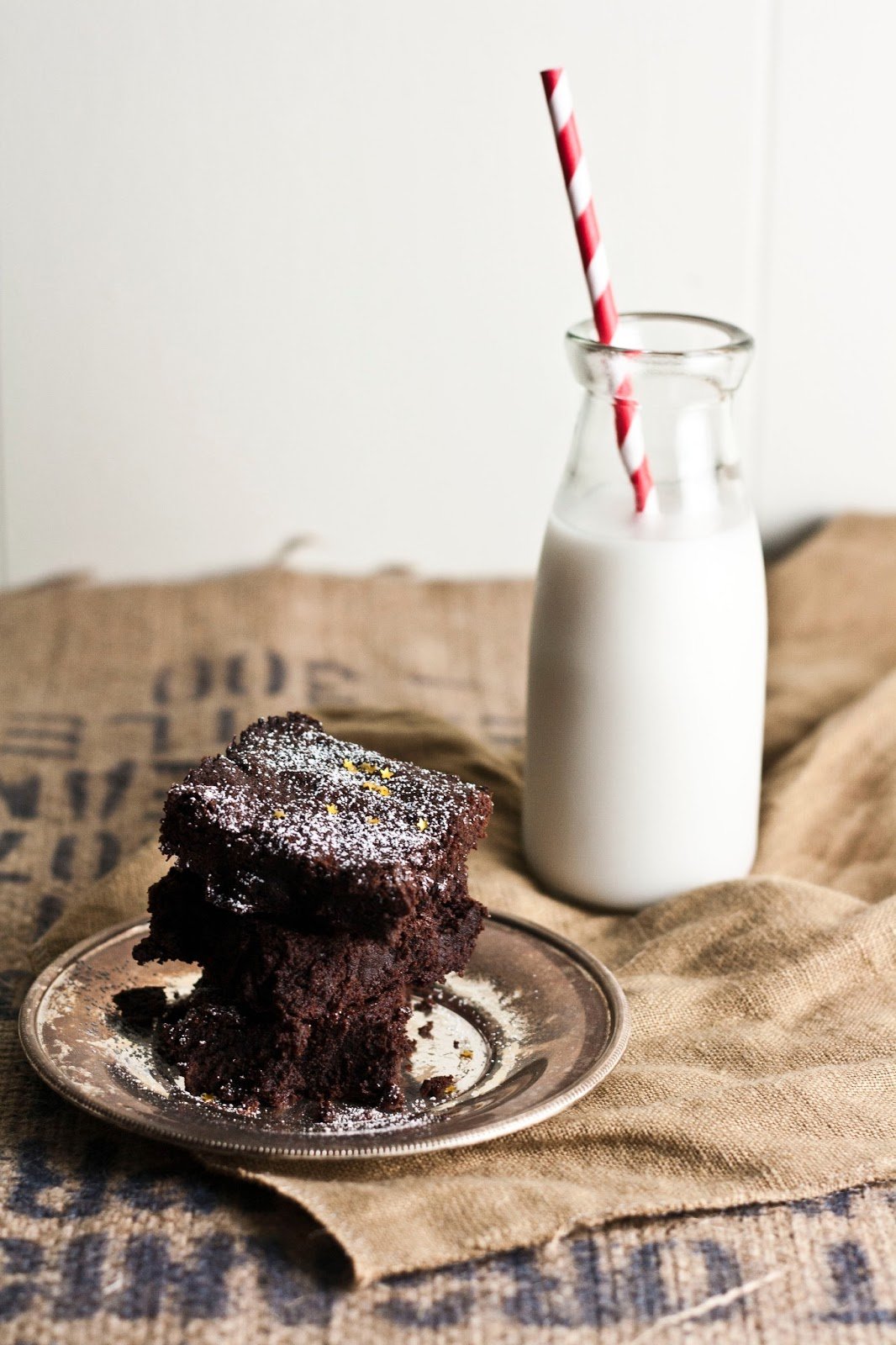 Guys, sugar-free month is finally OVER! Now I can finally bake these brownies that I have literally spent two weeks thinking about.
But before I talk about brownies, let’s talk about sugar-free month. How did it go? How do I feel? Was it worth it? Why did I even do something like this to myself?
Let’s rewind. Recall that this whole sugar-free thing started as a bet between me and my boyfriend. My boyfriend, ever-so-patient of my pesky dessert habit (that is, the fact that I need something sweet after every meal) presented me with a challenge: go refined-sugar-free for the month of February. Could I do it? He didn’t think so.
Well, nothing motivates me more than proving my boyfriend wrong (I’m a great girlfriend that way), so I rolled up my sleeves and accepted. Hey, if I could bike across the USA, what was 28 days (the shortest month of the year was not a coincidence) without sugar? We sat down and agreed on the rules: all refined-sugar was off limits. But natural sugars from fruit and stuff like honey, maple and agave syrup were okay. Didn’t seem so bad, right?

And so it began. The first week was rough. I discovered that EVERYTHING has sugar. Tomato sauce? Yep. Condiments like ketchup and mustard? Don’t even get me started. Even seemingly savory items like soups, bagels and cream cheese were laden with sugar. Eating no refined-sugar meant not only changing my dessert habit for the month, but changing ALL my meals for the month.

And don’t even get me started on the cravings. They were bad… so bad that in those first few weeks, I would actually have a teaspoon of honey after every meal in an attempt to stave them off. I first tried placating the cravings with fruit, but it really was no use. Sugar is what my body wanted. No, NEEDED.
If I’m being 100% honest with you, the cravings didn’t really ever go away until around 20 days (that is, 3 weeks) later. But they got easier to manage as the weeks went on. A bad wanting that could only initially be cured by multiple spoons of honey (gross, I know) eventually became placated by bananas and apples. And soon after, I stopped wanting sweet things, this time eating fruit simply for their nutritional benefits as opposed to their sweet flavor. But mind you, this was like 25 days into the month. It was a very gradual thing. Very.
Another funny thing that happened at Week 3 was that foods that hadn’t ever really seemed too sweet to me before — things like green apples, unripe bananas — started tasting really sweet. During Week 1, after desperately combing Whole Food’s aisles to find some sort of sugar-free dessert to combat my killer cravings, I had found this raw, vegan, agave chocolate mousse. The kind of stuff I normally stay away from on my regular diet. But the cravings were so bad that I decided to give it a go. I took one bite and immediately spat it out, claiming that it tasted like an ash tray. Fast forward to Week 3, where I decide to try the mousse again. This time around, I actually liked the stuff. It tasted like chocolate and honey to me. Sure, it wasn’t ever going to be as good as the sugar, eggs, and cream variation, but it tasted plenty good to me.
So did I get any benefits from sugar-free month? It’s hard to say. I’m pretty sure I didn’t lose any weight. My skin hasn’t changed. My moods haven’t been affected — if anything they were actually worse during Week 1 and Week 2, when the cravings (and my resulting crankiness) were at their worst.

I’d say the biggest benefit I got from going sugar-free was insight into how terrible my day-to-day diet really is. As a dessert blogger, I knew I ate way more than my fair share of sugar. But I didn’t realize HOW much. And I guess that’s what was the most illuminating for me. Maybe I’ll start being more conscious of my sugar-intake in the future.

But not before I finish off these brownies: 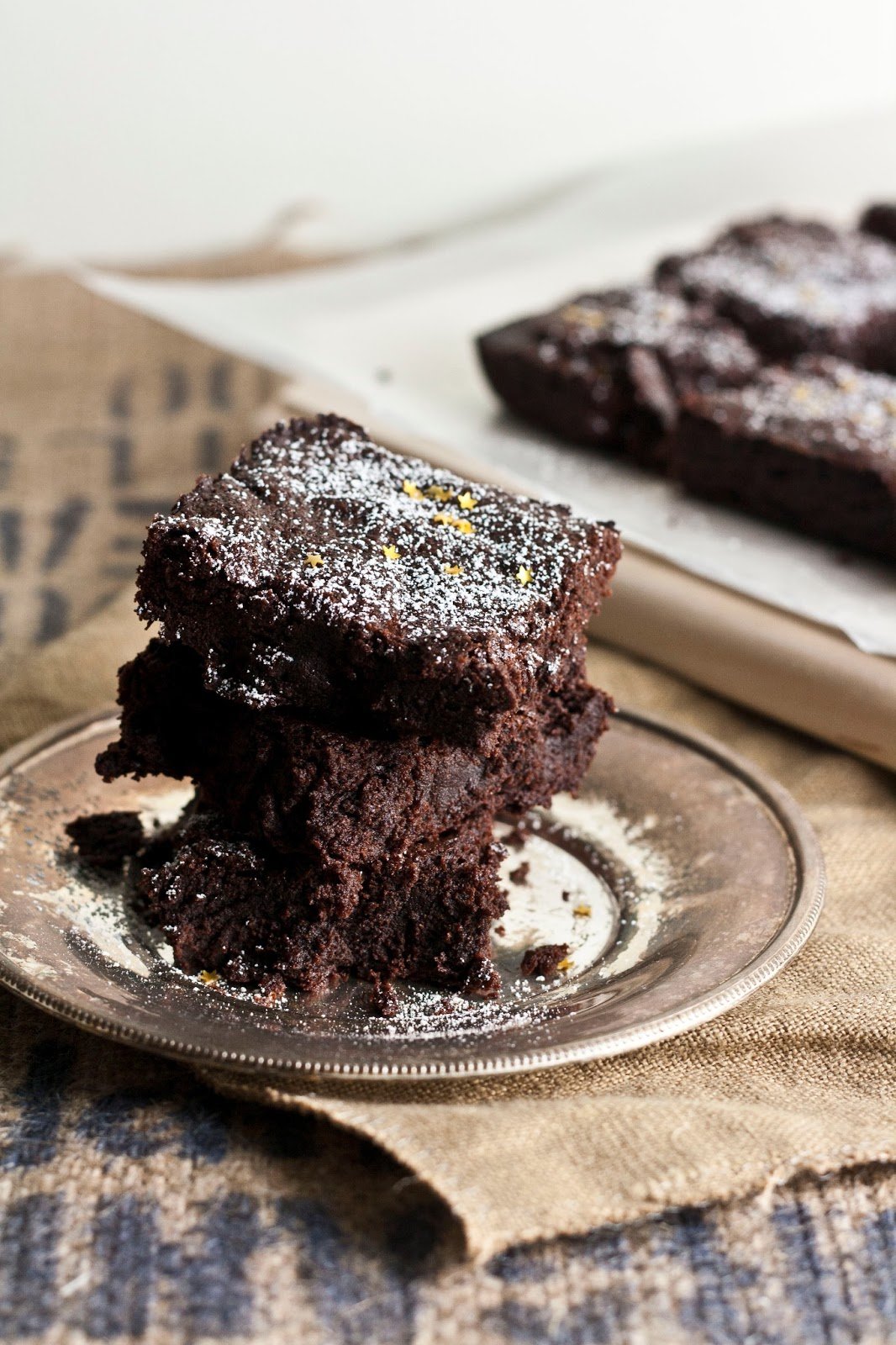 I literally have been dreaming about making these brownies for over two weeks now. Ironically, they come from the New York Times’s Health Column “Fat Dad” (hence the name). It’s ironic because the column is all about the author’s experiences growing up with an obese dad, discussing how her dad’s weight affected her family’s diet and her current diet now.
Because the column focuses primarily on eating healthily, I was surprised when this recipe for brownies came up in a Valentine’s Day post. The story of the brownies is very sweet — the author, in her freshman year of high school, crushing hard on the popular boy with the cool Jimi Hendrix t-shirt, bakes him a batch of brownies and wins over his heart. But as cute as that was, I’m not going to lie. It was her description of the brownies that won ME over:
These brownies are more like fudge than cake and contain a fraction of the flour found in traditional brownie recipes. My father called them “closet” brownies, because when he smelled them coming out of the oven he could imagine hiding in the closet to eat the whole batch. I baked them in the ninth grade for a boy that I had a crush on, and they were more effective than Cupid’s arrow at winning his heart.
Brownies that are more fudge-like than cake? Could it be true? 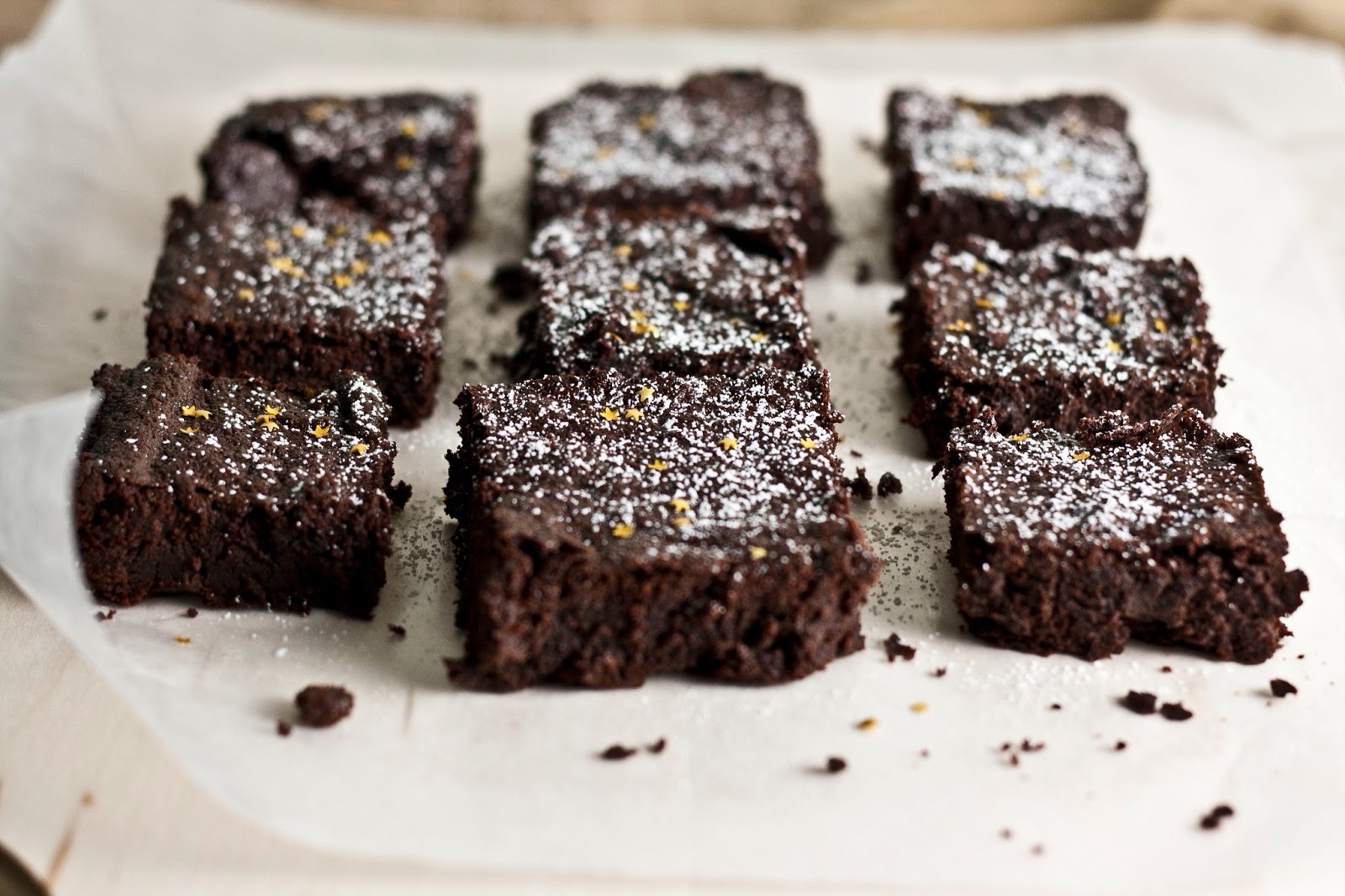 Yes, yes it is.
These brownies were the best-smelling brownies that I’d ever baked — that’s saying something, because I have about 4 or 5 brownie recipes on this blog. They’re best when cooled slightly and fresh out of the oven. The author doesn’t lie; they are definitely more fudgey than cake-like indeed. I topped mine off with a light sprinkling of confectioner’s sugar and edible gold stars to celebrate the end of sugar-free month.
For me, this brownie dessert was a great recipe to welcome me back into eating sugar: classic, chocolatey, fudgy, and most of all, delicious. 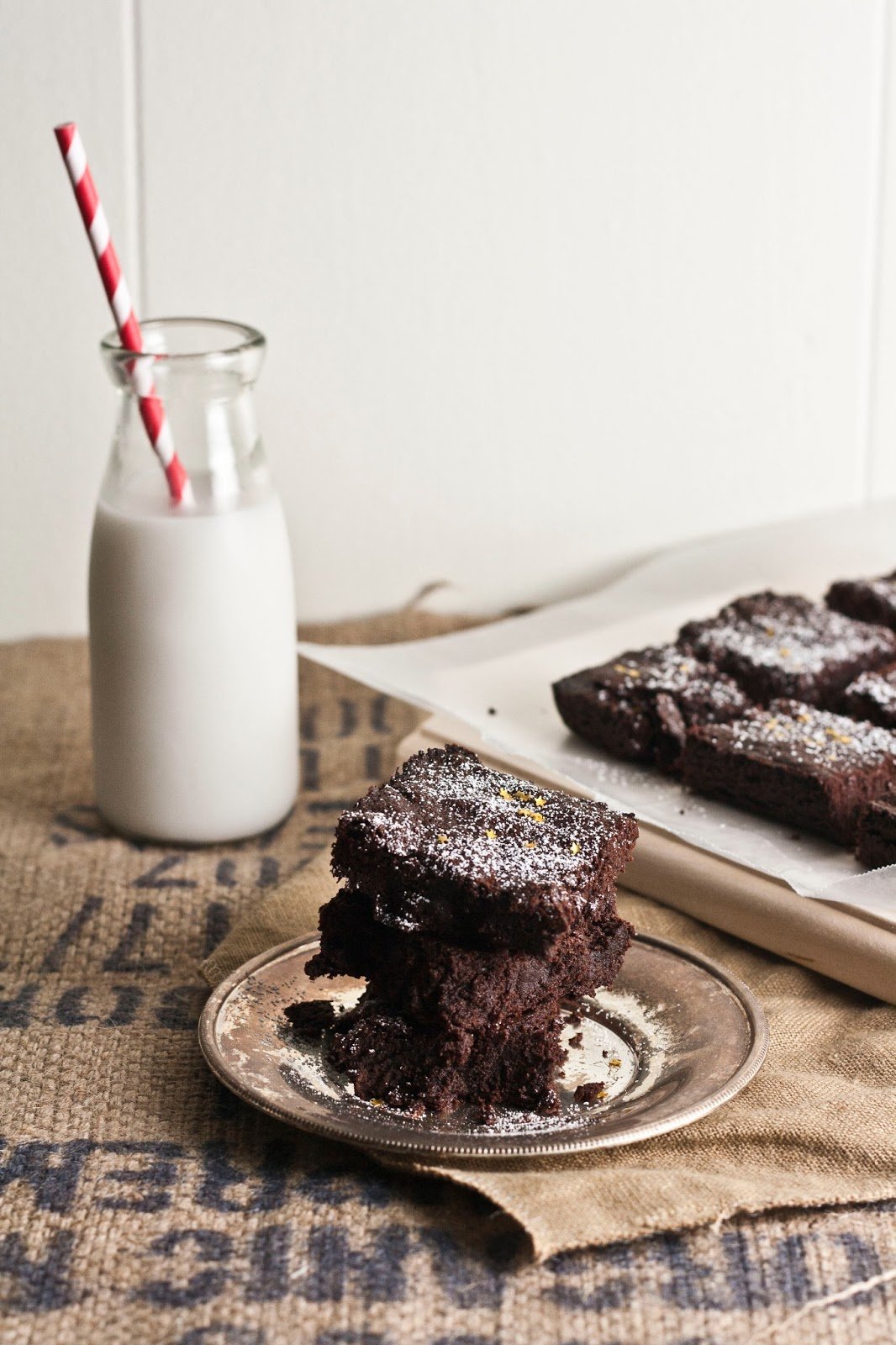 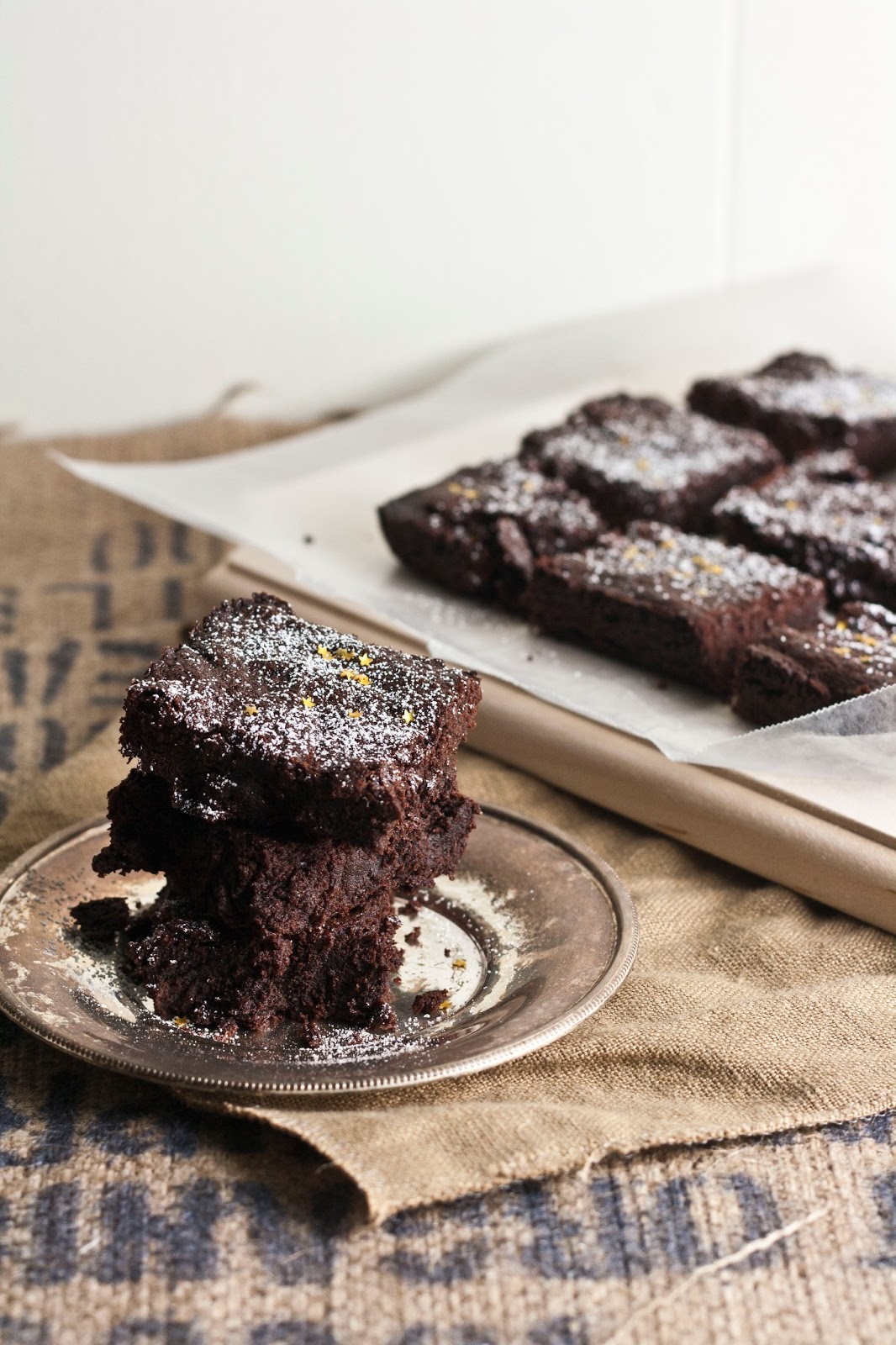 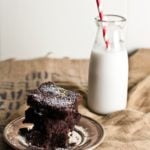