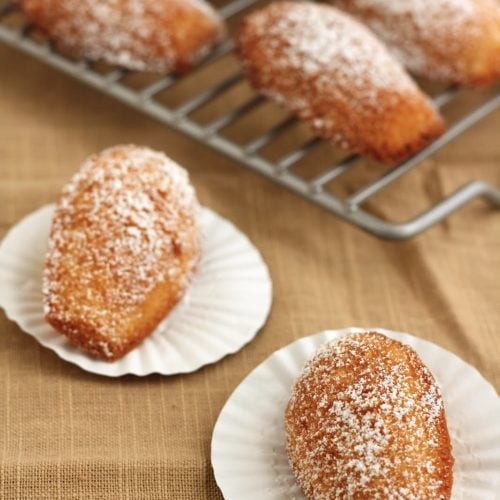 So one of the things that I regret about moving away from Denver is how its affected the narrative of this blog. As you may or may not know, this blog actually started out as my attempt to recreate some of my favorite recipes when I was living up in the mountains (high-altitude affects baking […]

So one of the things that I regret about moving away from Denver is how its affected the narrative of this blog. As you may or may not know, this blog actually started out as my attempt to recreate some of my favorite recipes when I was living up in the mountains (high-altitude affects baking — read more about it here!). So during the early days of this blog, I focused less on producing new recipes with each post and instead focused more on food science. That is, I was trying to find out the science behind each recipe’s baking process and how each ingredient came together — what would happen if I changed the amount of each ingredient? What did each ingredient really do?

But now that I’m back in Portland and currently living at sea-level, there’s really no need to experiment with ingredient ratios or baking times. To get my cupcakes coming out perfectly, all I need to do is follow the recipe, and voila! Done and done. Although it makes my life significantly easier, I do miss the days in Denver when I would puzzle over puddles of goop, wondering what caused the recipe to fail at high altitudes. I miss pouring over culinary textbooks like How Baking Works and other food science sources and trying to figure out where I’d gone wrong.

So I’m going to try something new. Consider this my attempt to return to this blog’s origins — but, instead of trying to tweak a recipe to find the perfect outcome, I’m going to be exploring several recipes for classic baked goods and trying to find the “perfect” one.

And I’m starting with madeleines: 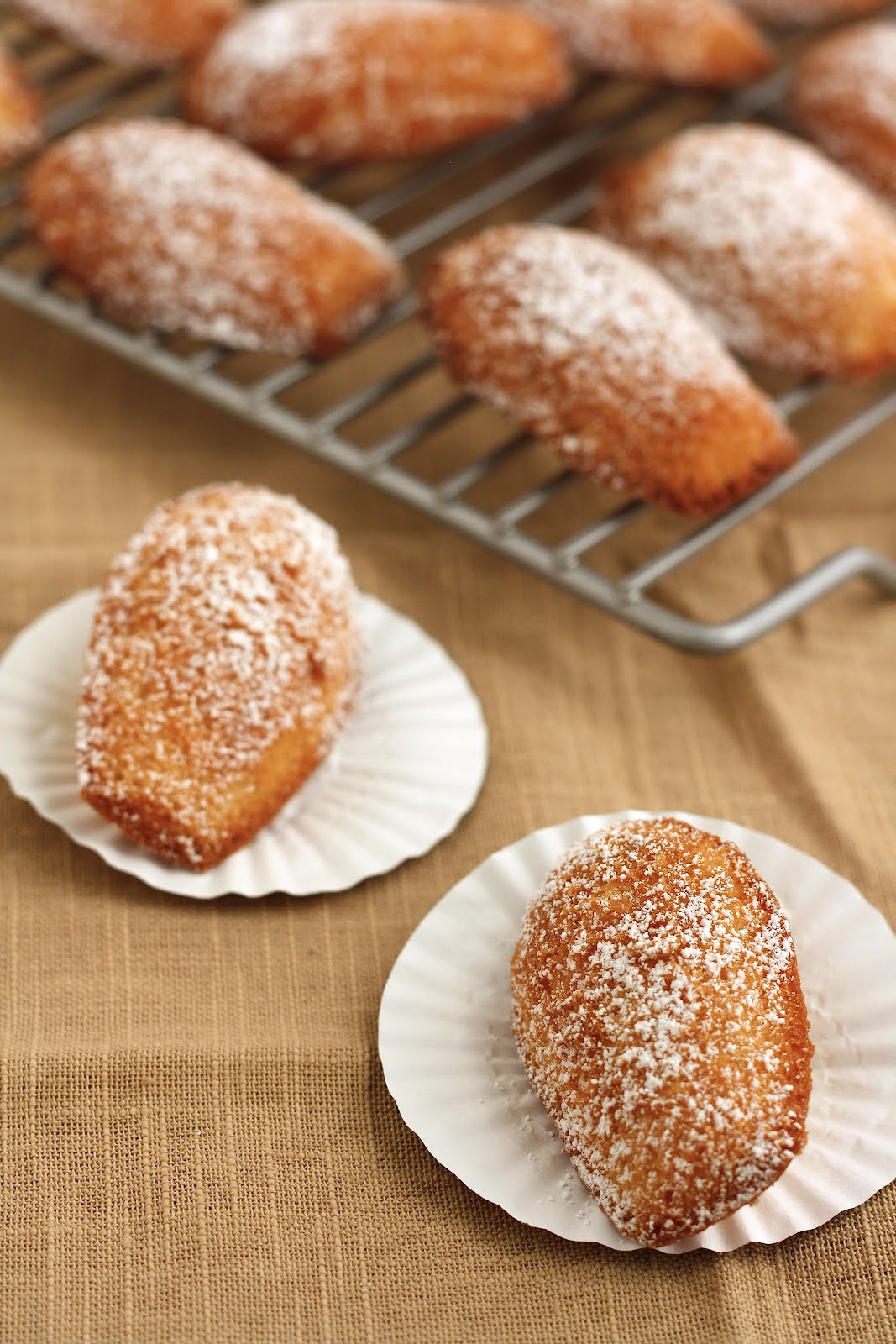 Madeleines are little French sponge cakes in the shape of sea shells. They’re about the size of cookies, but their texture is definitely more cake-like than cookie-like. Most are flavored with lemon, and almost all madeleines have a signature little “bump” on their backs: 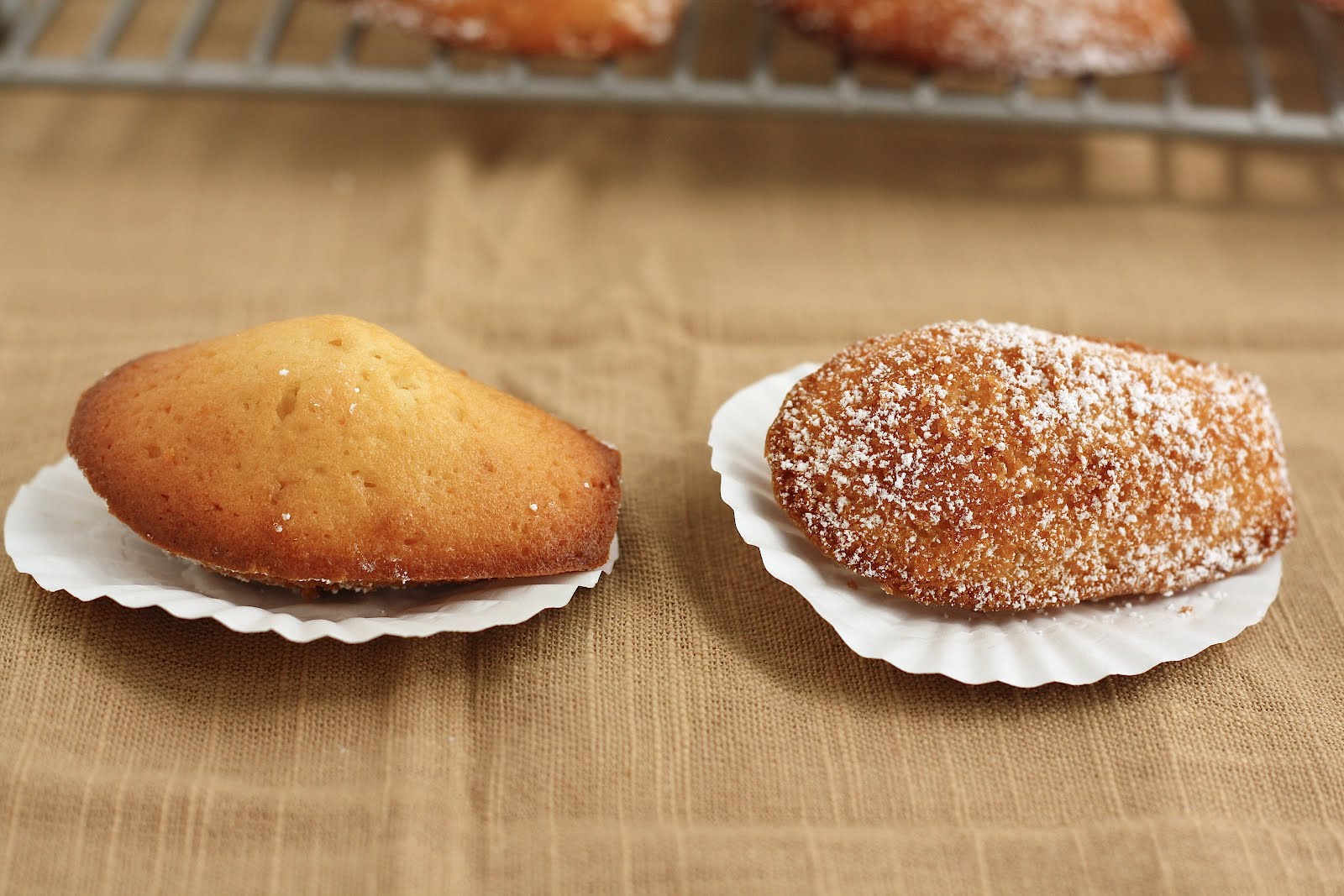 Madeleines were cemented in history when the famed novelist Marcel Proust used madeleines in a passage to explain involuntary memory — that is, memories that we do not consciously produce and are instead spurred on by another person, place, thing, object, whatever.

He describes how a madeleine unexpectedly caused him to recall a childhood memory:

No sooner had the warm liquid mixed with the crumbs touched my palate than a shudder ran through me and I stopped, intent upon the extraordinary thing that was happening to me. An exquisite pleasure had invaded my senses, something isolated, detached, with no suggestion of its origin. And at once the vicissitudes of life had become indifferent to me, its disasters innocuous, its brevity illusory – this new sensation having had on me the effect which love has of filling me with a precious essence; or rather this essence was not in me it was me. … Whence did it come? What did it mean? How could I seize and apprehend it? … And suddenly the memory revealed itself. The taste was that of the little piece of madeleine which on Sunday mornings at Combray (because on those mornings I did not go out before mass), when I went to say good morning to her in her bedroom, my aunt Léonie used to give me, dipping it first in her own cup of tea or tisane. The sight of the little madeleine had recalled nothing to my mind before I tasted it. And all from my cup of tea.
—Marcel Proust, In Search of Lost Time

Pretty interesting stuff, right? But it gets even more interesting because this particular passage causes some major contention between some pretty heavyweight foodies. Specifically, it turns out that there’s an entire community of bakers and French pastry chefs out there, trying to figure out the exact recipe to the madeleine that Proust was describing in the passage above. There have been long debates about which recipe best recreates Proust’s madeleine and why.

Julia Child started it. Appropriate, because it would have been her 100th birthday today. Consider this post my ode to the master of French cooking? In her seminal cookbook, The Way to Cook, she explains that her madeleine recipe is the “true Madeleine from Commercy, the one that Marcel Proust dipped in tea”. Several chefs have taken issue with this though; the passage above clearly indicates that Proust’s madeleine was quite dry and had a crumbly texture. He even goes into great detail about how he had “soaked” a morsel of the cake — indeed, it is tea mixing in with the cake’s crumbs that actually brings about his involuntary memory of Sunday mornings with his aunt.

But Julia Child’s recipe is far from dry — specifically, she uses a baking method that involves beating flour into sugar and eggs. A big no-no for dry baked goods, because the beating process develops the flour’s gluten to produce a denser and uncrumbly madeleiene.

Unfortunately, I’m afraid to say that the recipe I started out with and the one I’m sharing with you today can’t be the original Proust recipe either. For one thing, it uses a lot of honey, and honey is “hygroscopic” — a fancy food sciencey word meaning that it helps retain moisture. Indeed, these madeleines are soft, dense, and uncrumbly: 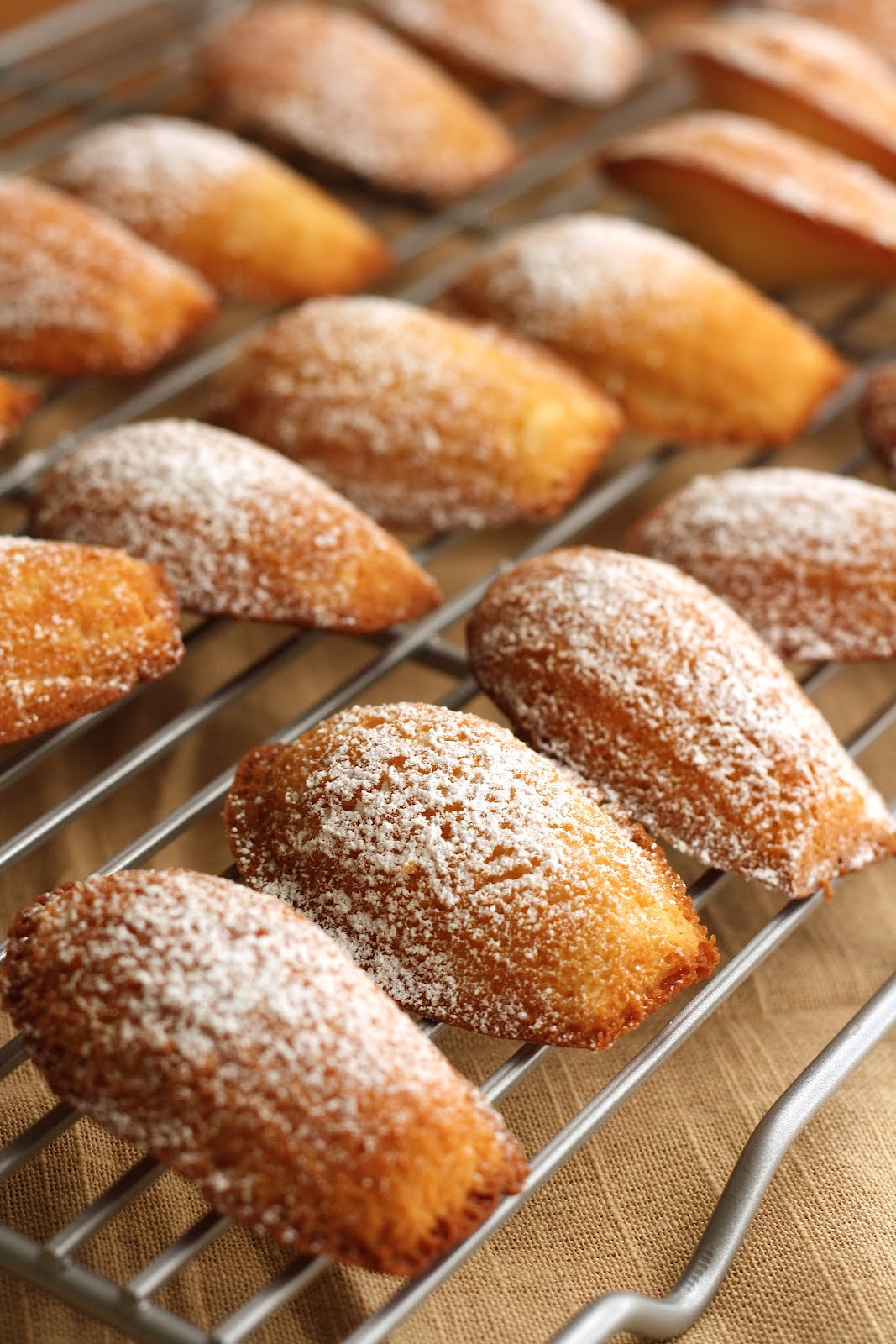 The madeleines, to their credit, might be a closer approximation of Proust’s original recipe though. For one, the recipe requires a lot of sifting. Sifting introduces air into the flour, spacing particles away from each other and resulting in a lighter crumb — the kind of crumb Proust described. The recipe also calls for the flour to be folded into the batter (as opposed to Julia Child’s beating of the flour), avoiding gluten development and helps lighten the batter as well.

Well, even though these madeleines might not be the ones Proust was eating back in the day, I still thought they were pretty tasty. They’ve got a strong flavor of honey that is complemented by the nutty flavor of browned butter.

And that’s all I really need, right? 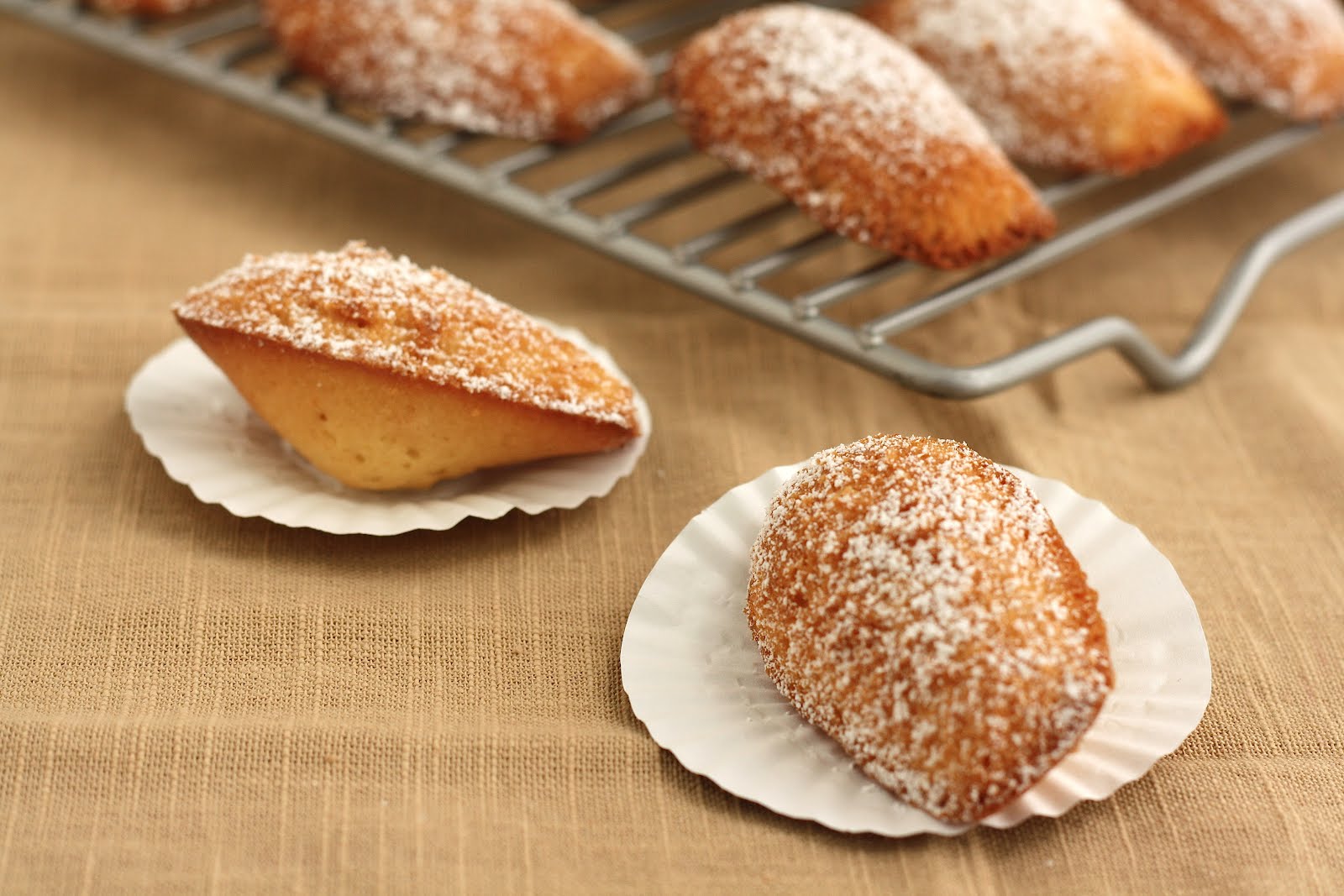 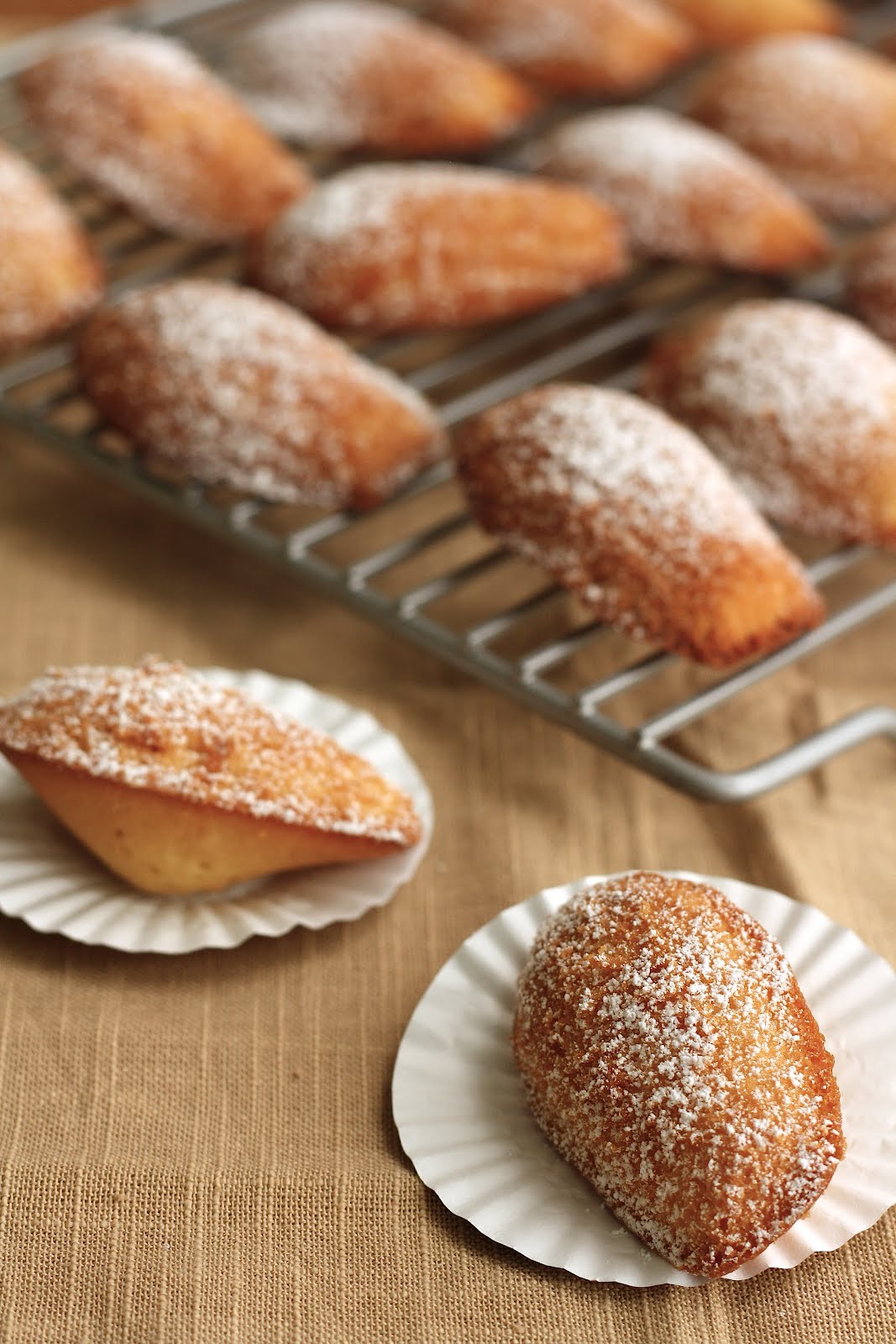 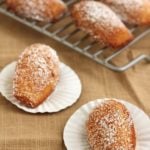 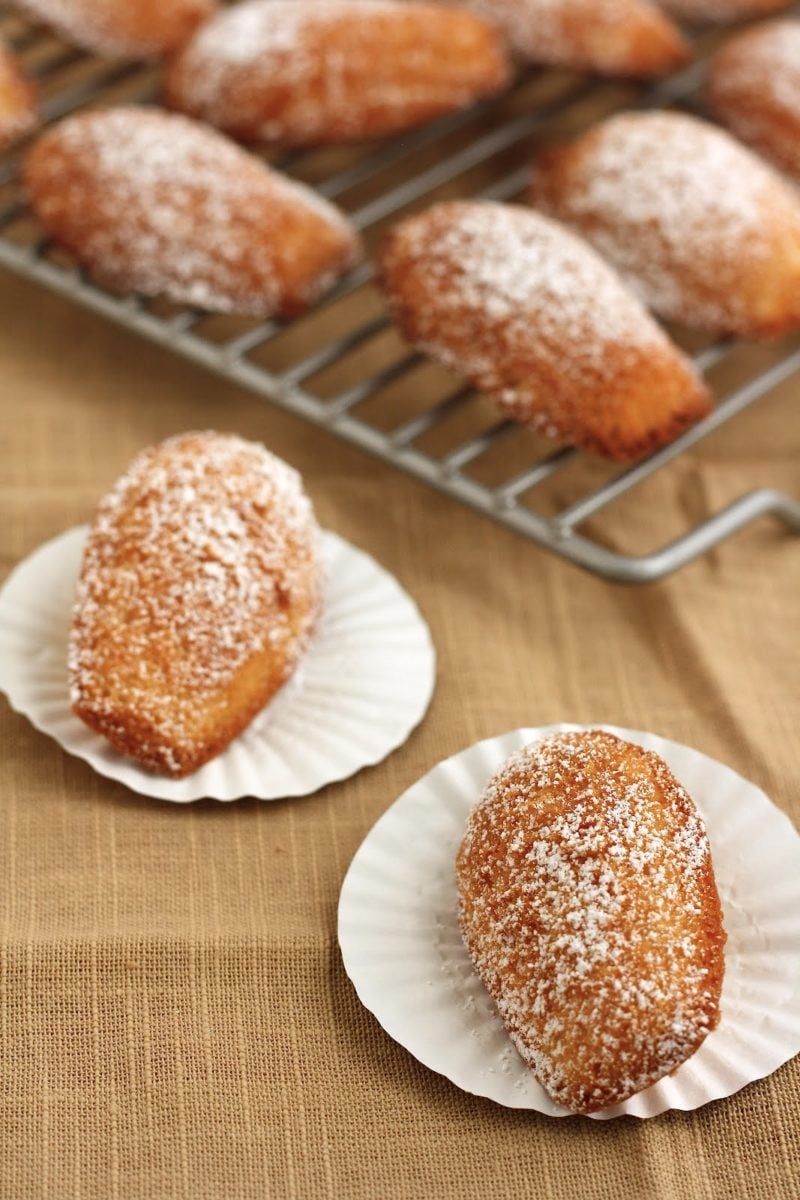 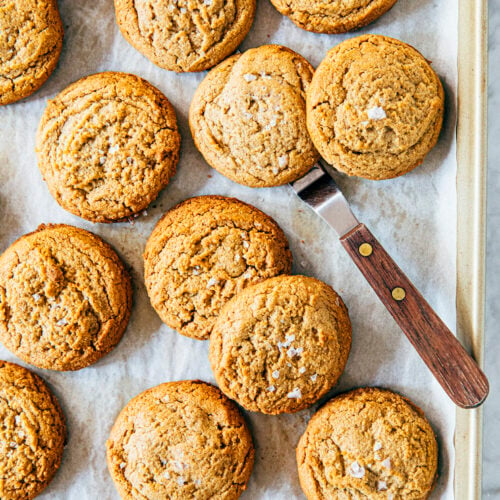 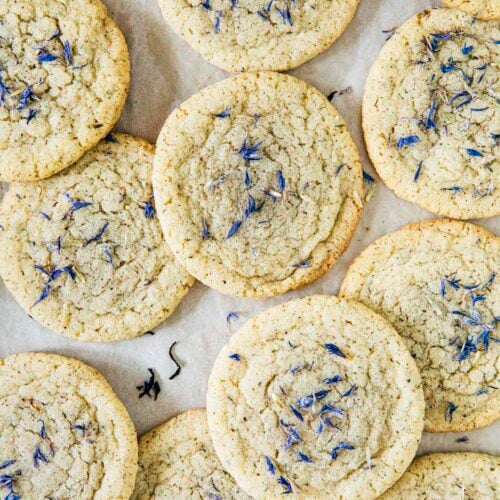 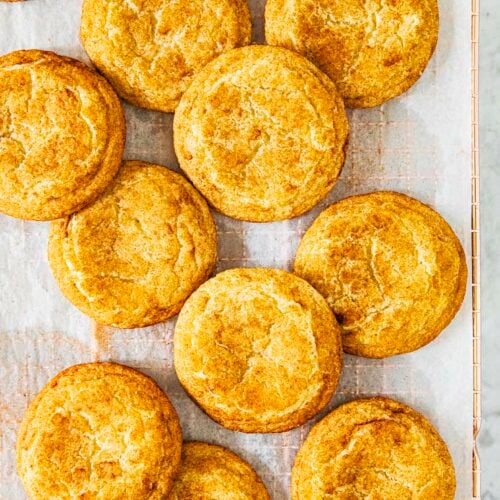