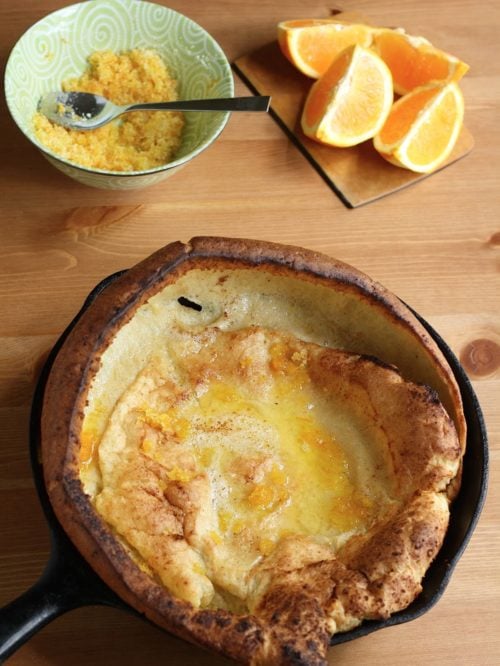 Folks, this is what’s known as a Dutch Baby pancake:   When I say I’m making a Dutch Baby for brunch, I get a lot of panicked, crazy stares. Come on, guys — seriously?!According to Joy the Baker, the famed blogger from whom I adapted the following recipe from, a Dutch Baby is somewhere between […]

Folks, this is what’s known as a Dutch Baby pancake: 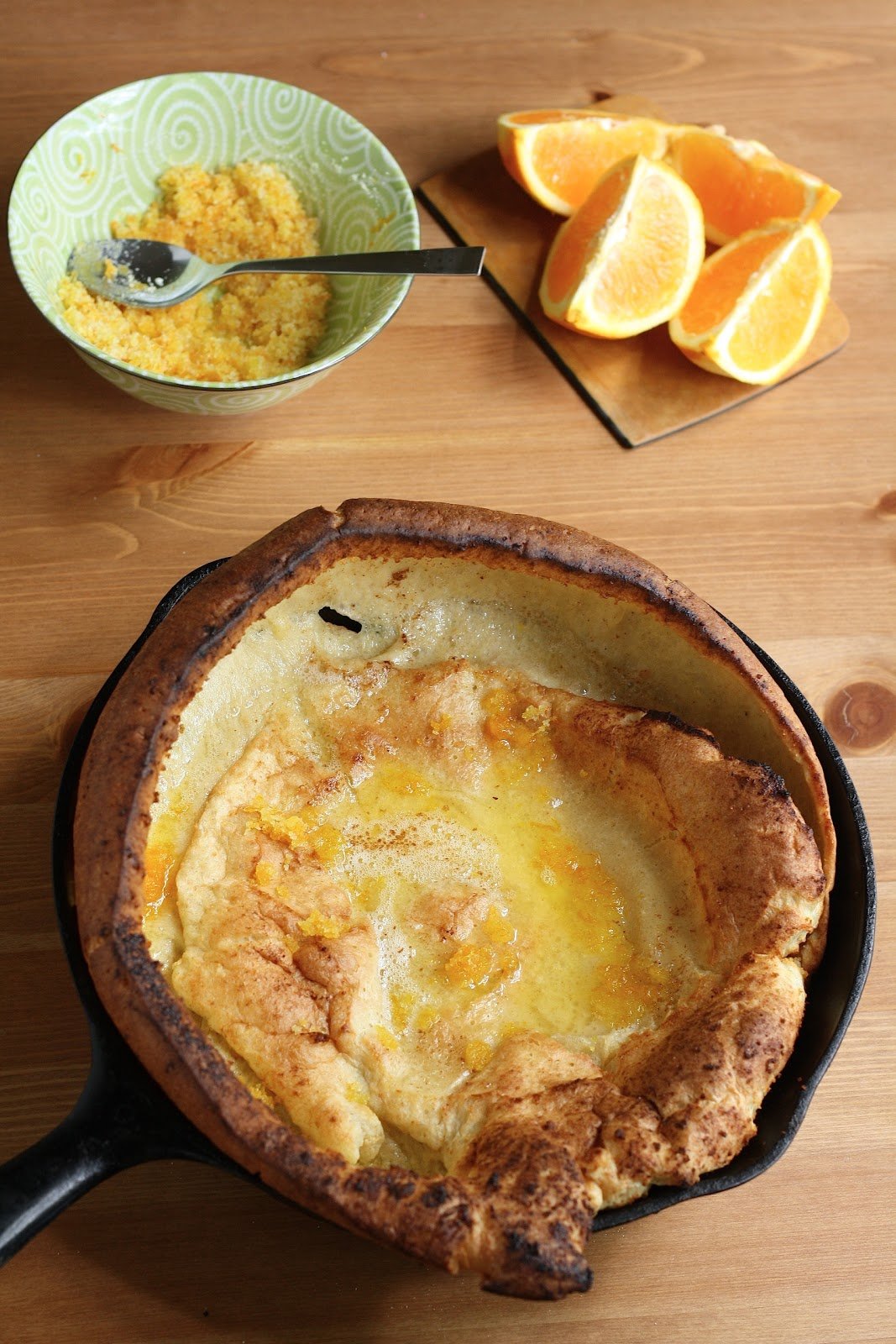 When I say I’m making a Dutch Baby for brunch, I get a lot of panicked, crazy stares. Come on, guys — seriously?!

According to Joy the Baker, the famed blogger from whom I adapted the following recipe from, a Dutch Baby is somewhere between a pancake and a popover. Or maybe a sweet, giant Yorkshire pudding. I’ve described its texture as being similar to fresh-made Indian naan bread, managing to be both chewy and crunchy at the same time. My Dutch Baby was made by whipping up a thin, eggy pancake batter that is then poured into a butter-covered skillet and baked in the oven. The batter then rises and puffs in the oven, producing the wonder you see below: 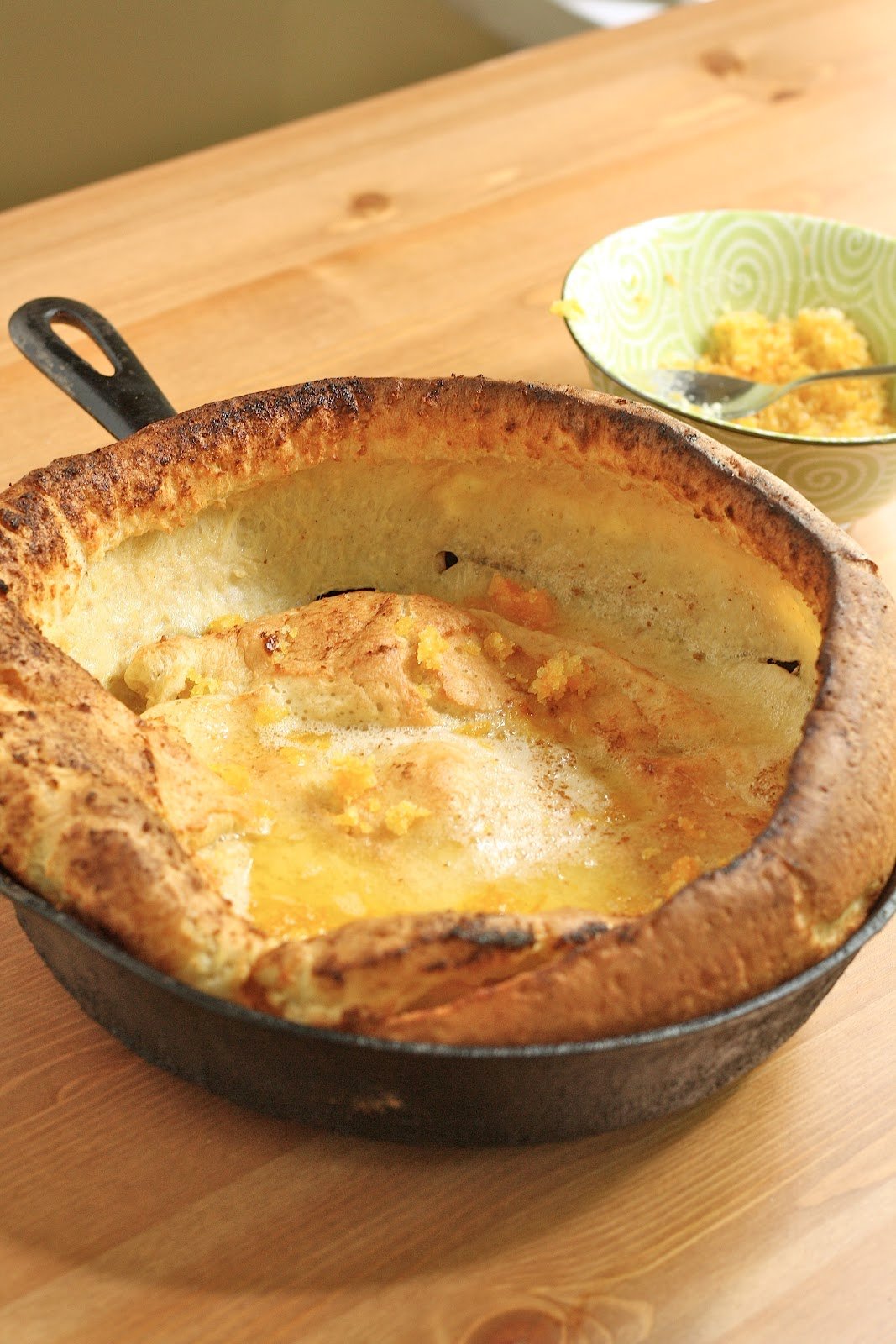 I accompanied it with some freshly made orange sugar: 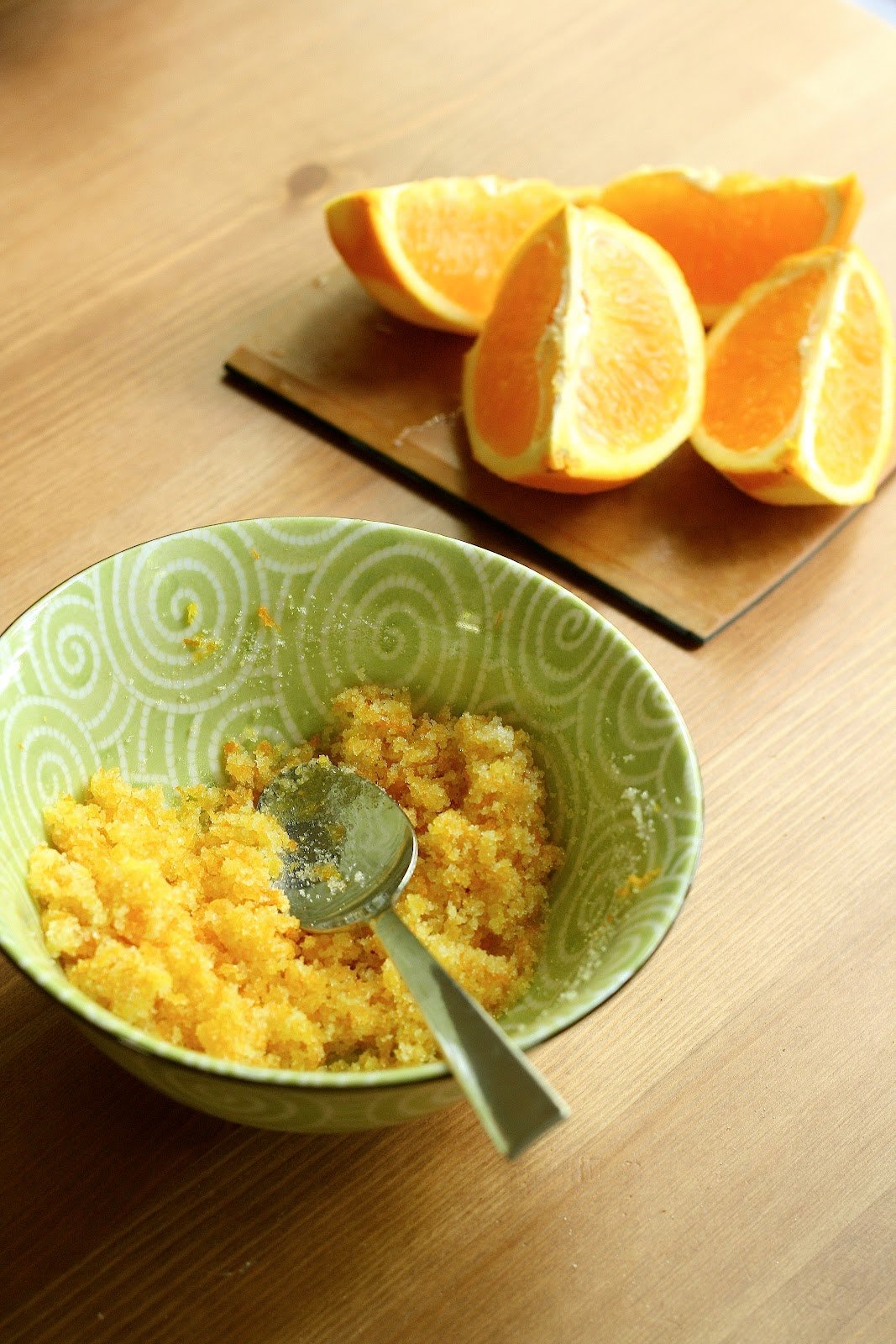 That I immediately sprinkled on to the Dutch Baby after pulling it from the oven, creating a wonderful orange-scented melted sugar extravaganza. Who needs maple syrup? All you need is the zest of a farm fresh orange and a little bit of sugar, and you’ve got some magic on your hands:

It doesn’t look like much, but believe me. Whip this out at a brunch or cocktail party, and you will have folks oohing and ahhing over your pancakes and drinks.

I don’t really know why Dutch Babys (Babies?) aren’t more prevalent in brunch menus, because this was by far one of the best breakfasts I’ve ever eaten. It was super simple to make too. Maybe I’ll open up a brunch place where I’ll specialize in Dutch Baby dishes… hmm…yeah… 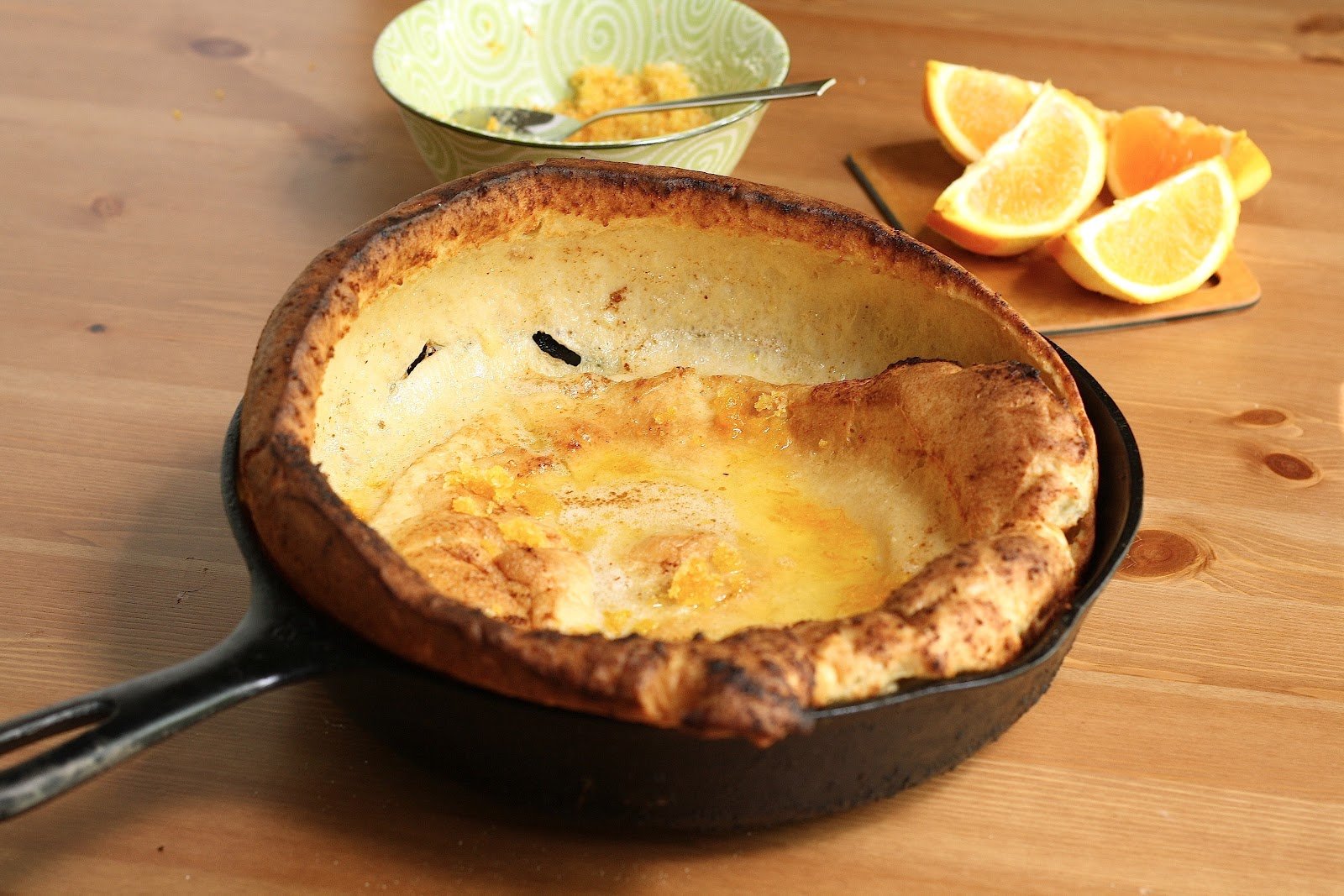 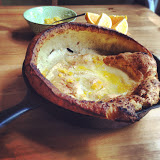 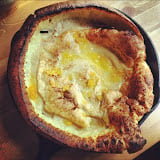 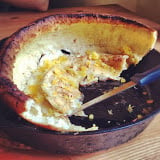 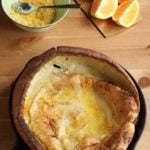 For the Orange Sugar

For the Dutch Baby Pancake

Adapted from Joy the Baker 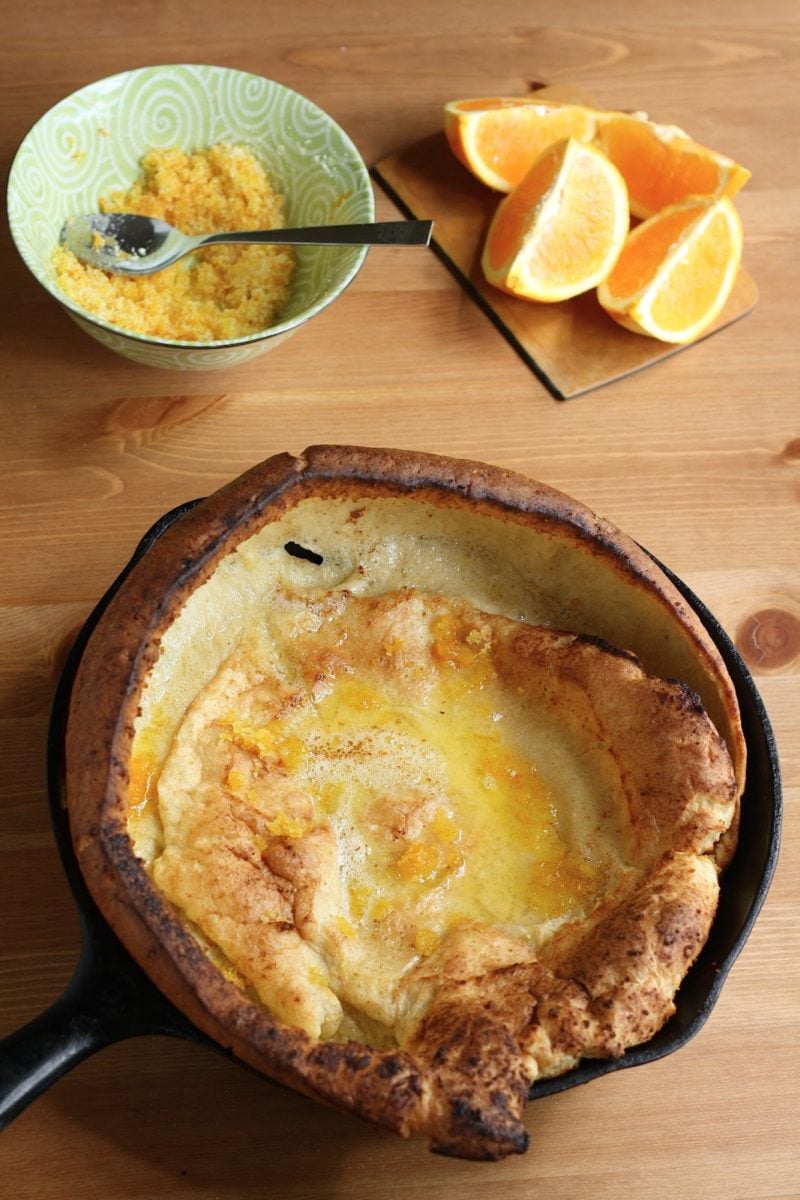 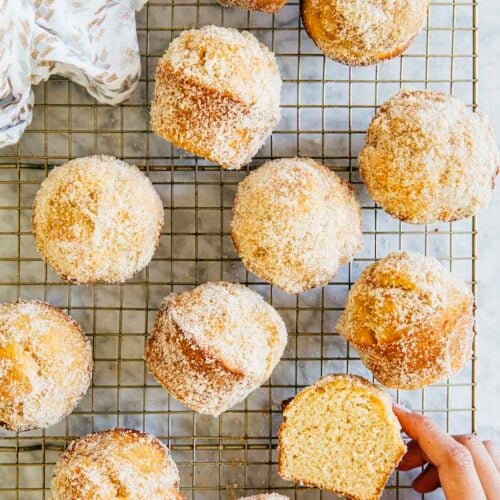 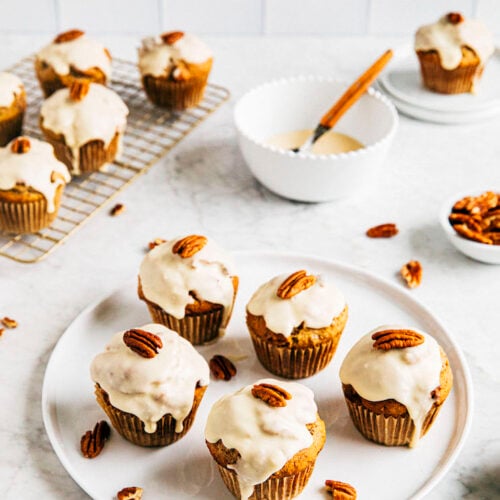