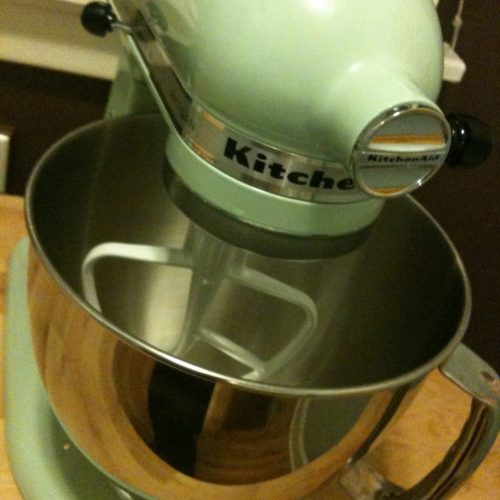 The KitchenAid 5-Quart Artisan Stand Mixer: All The Details You Didn’t Know

(iPhone Camera) So, remember nearly a month ago, I couldn’t stop going on about how I was going to buy a KitchenAid and how awesome my life was going to be because of it? I know, I know, it’s a gripping life I do lead considering that I get all worked up about buying a […] 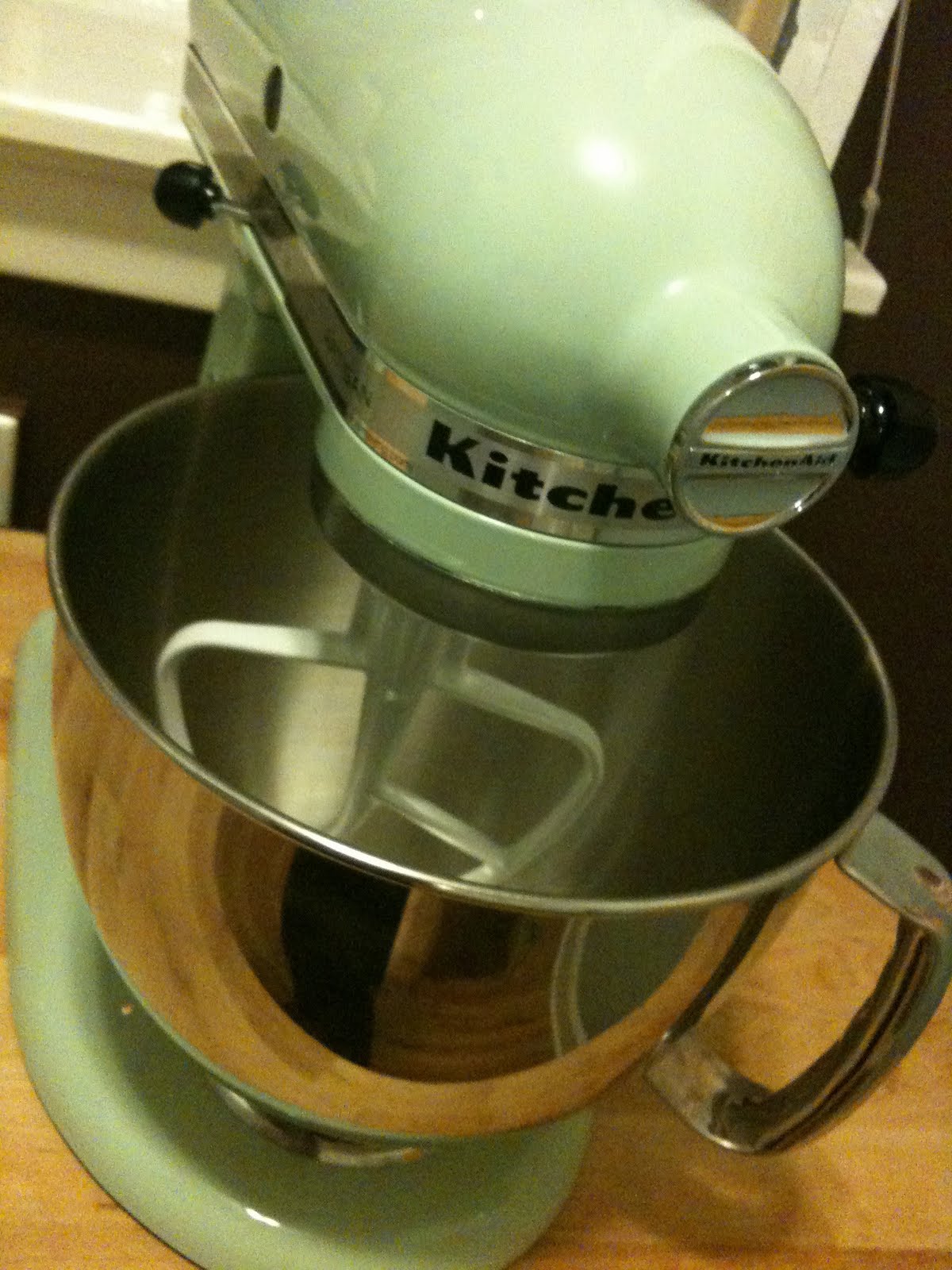 So, remember nearly a month ago, I couldn’t stop going on about how I was going to buy a KitchenAid and how awesome my life was going to be because of it?

I know, I know, it’s a gripping life I do lead considering that I get all worked up about buying a kitchen appliance. To be fair, the KitchenAid is beautiful and — well, there’s really no other way to put this — FUCKING expensive! I wasn’t joking when I said that I had been lusting after one since 2007; the average cost of a KitchenAid mixer will set you back $300. And please note that I said “average”. I’ve seen vintage metallic KitchenAid mixers go for $900 at Williams-Sonoma. Yikes.

Luckily, I was able to find a mixer on Amazon.com for a much cheaper price than what they usually go for at kitchen specialty stores. I recommend going through Amazon to purchase your mixer — they actually have a special KitchenAid Store set up, complete with a KitchenAid Stand Mixer Buyer’s Guide. From what I can see, the site offers the lowest prices out there, as well as having an incredibly comprehensive range of models, attachments, and most importantly, colors. To top it off, Amazon takes care of the shipping for free and has a special sale going on every week for different colored Artisan series mixers. While most colors usually sell for $299.95, there are always a couple of colors that are on sale for as low as $220. The colors rotate each week — this week, the cheapest mixers go for $239.96 and come in tangerine, blue willow, majestic yellow, and pistachio colors. You can get other colors for $250 or $280 as well. As you all know, I myself ended up getting the pistachio color, after an extensive debate between buttercup and almond cream. I eventually went with pistachio since it somewhat matched my butter dish and Erlend’s tea kettle: 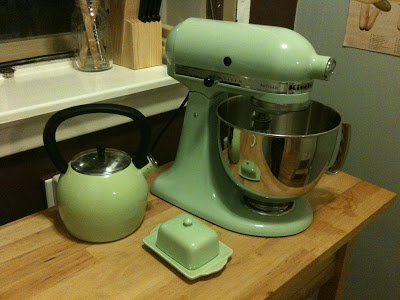 But lest I continue rambling, I’ll now ask the million dollar question: is the KitchenAid worth the four years of lusting after and the $239.96 that I eventually paid?

Bear in mind that this is the first freestanding electric mixer I’ve ever had, so I don’t really have that much to compare it to. Before the KitchenAid, I was using the rather unglamorous Hamilton Beach Power Deluxe Hand Mixer. Don’t get me wrong — I love that thing. Sure, it’s not as sexy on your counter as the KitchenAid, but I’ve had the mixer since my sophomore year of college and it still works like a charm.

But the truth is, using a hand mixer while baking is a major hassle since actually holding the mixer created a massive handicap. You only had one hand to prep and throw in the ingredients. Which is a major (first world) problem because most recipes, especially Hummingbird Bakery recipes, require you to add ingredients to the batter while it is being mixed. So, basically, the freestanding aspect of the KitchenAid mixer really improves life in the kitchen because I now have two hands free while the mixer mixes my batter for me! Awesome!

But as for adding ingredients while the KitchenAid is mixing my batter? It’s actually… kind of a hassle. There isn’t that much clearance between the bowl and the mixing head: 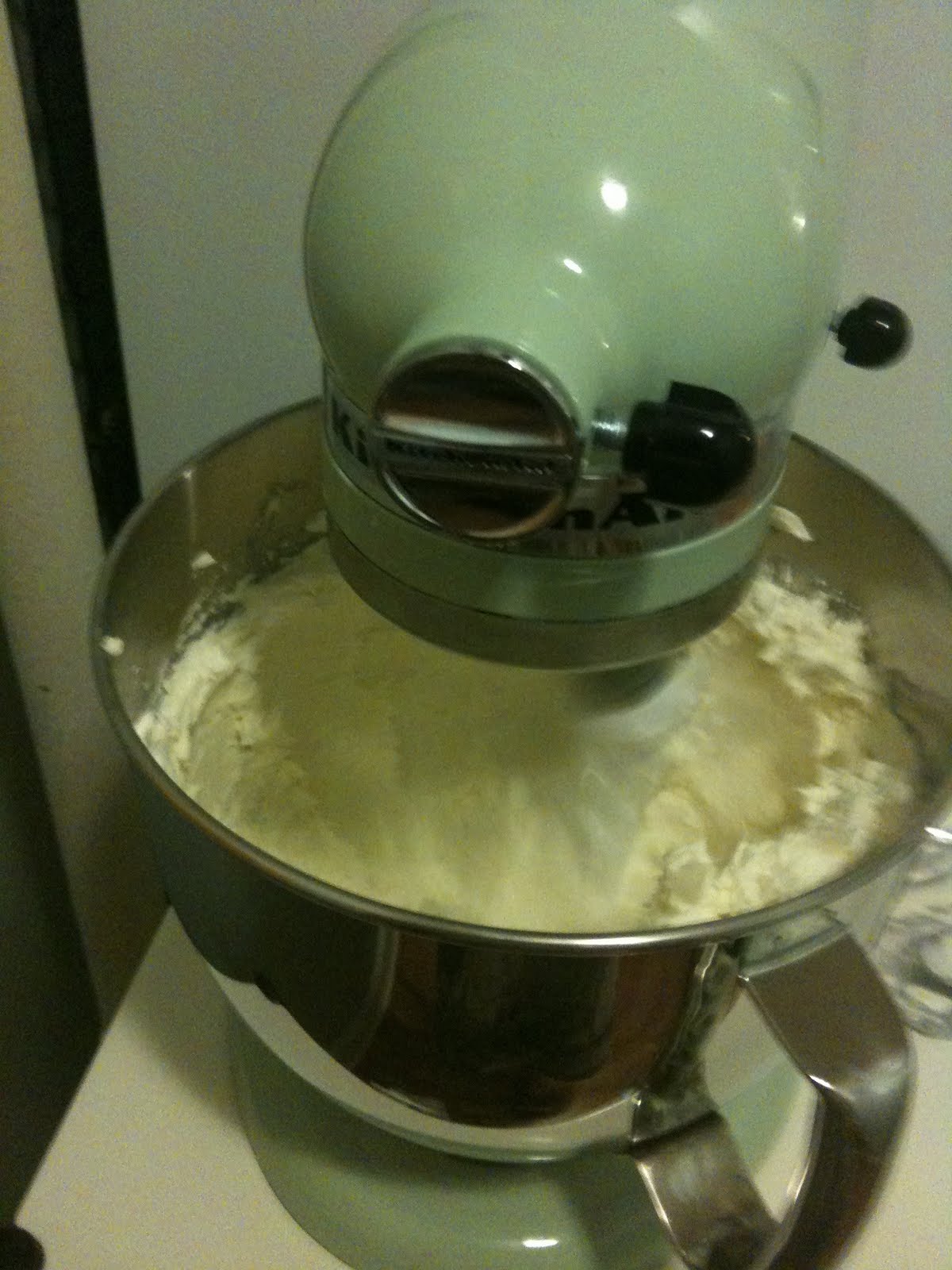 So unless you have a pouring shield with a chute for adding ingredients, you actually have to stop the KitchenAid’s motor, unlock the mixing head, tilt the mixing head back, add your ingredient, and close the head back into a locked position. A bit of a hassle indeed. I checked to see if other models came with a pouring shield/chute — while it is included with the Artisan series mixer models, you’d have to buy a separate shield for the Classic, Classic Plus, and Ultra Power models.

The other major flaw I found with the KitchenAid mixer pertained to the most important function of the appliance: mixing. My Artisan mixer came with three attachments: a nylon coated dough hook, a metal wire whip, and a nylon coated flat beater: 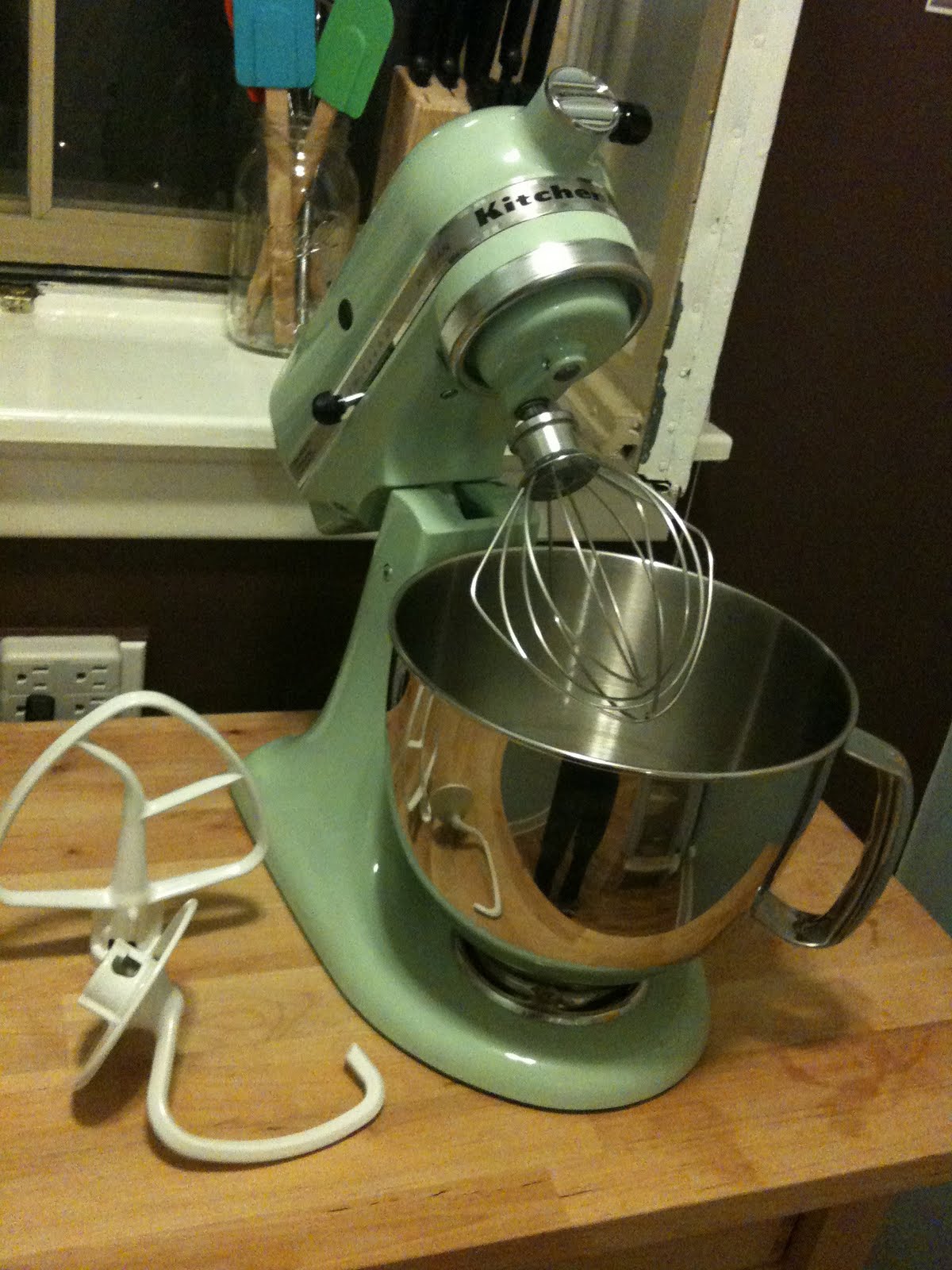 I personally was most excited about the nylon coated flat beater. I’d been dreaming about a flat beater for years. One of the most irritating things I found about using a hand mixer was the design of its cylindrical beaters. Often times the batter — especially heavier thick batters like cookie dough or ingredients like butter — would build up in the column. This buildup would lead to some ineffective mixing, lest you stop the mixing process and remove the dough trapped inside the cylinder. It was a huge hassle to constantly poke a spatula through the beaters. I thought the KitchenAid mixer’s patented flat beater would remedy this problem.

And so it did! But it provided a new, unexpected one — that is, the flat beater has trouble mixing batter at the sides and the bottom of the bowl. The bowl’s deep, narrow, concave design actually makes it difficult for the paddle to reach the bowl’s extremities! Who knew?! I thought the mixer was designed to get around that shit?! But alas, you constantly have to stop mixing the process and manually scrape down the sides and the bottom of the bowl. It’s actually astonishing to see how much batter remains unmixed if you neglect to do this, as I did when I made my Thanksgiving cheesecake. It seemed as though pure cream cheese simply clung to the sides and bottom, completely unmixed with any of the other ingredients.

This is apparently a common enough problem that a third party company independent from KitchenAid actually designed and manufactured a flat beater paddle with “flexible rubber wings”. The rubber wings act like a spatula, providing rubber extensions that scrape down the sides of the bowl as the paddle rotates. Genius, right? The problem is, according to some negative reviews on Amazon, using one could potentially void the warranty on the KitchenAid mixer because it’s not an official KitchenAid product! Jeez. KitchenAid does provide their own version of the winged flat beater paddle, but it is literally twice the price! God, KitchenAid. Way to be a dick and monopolize the market.

And what about the last part, the aesthetic value of the mixer? 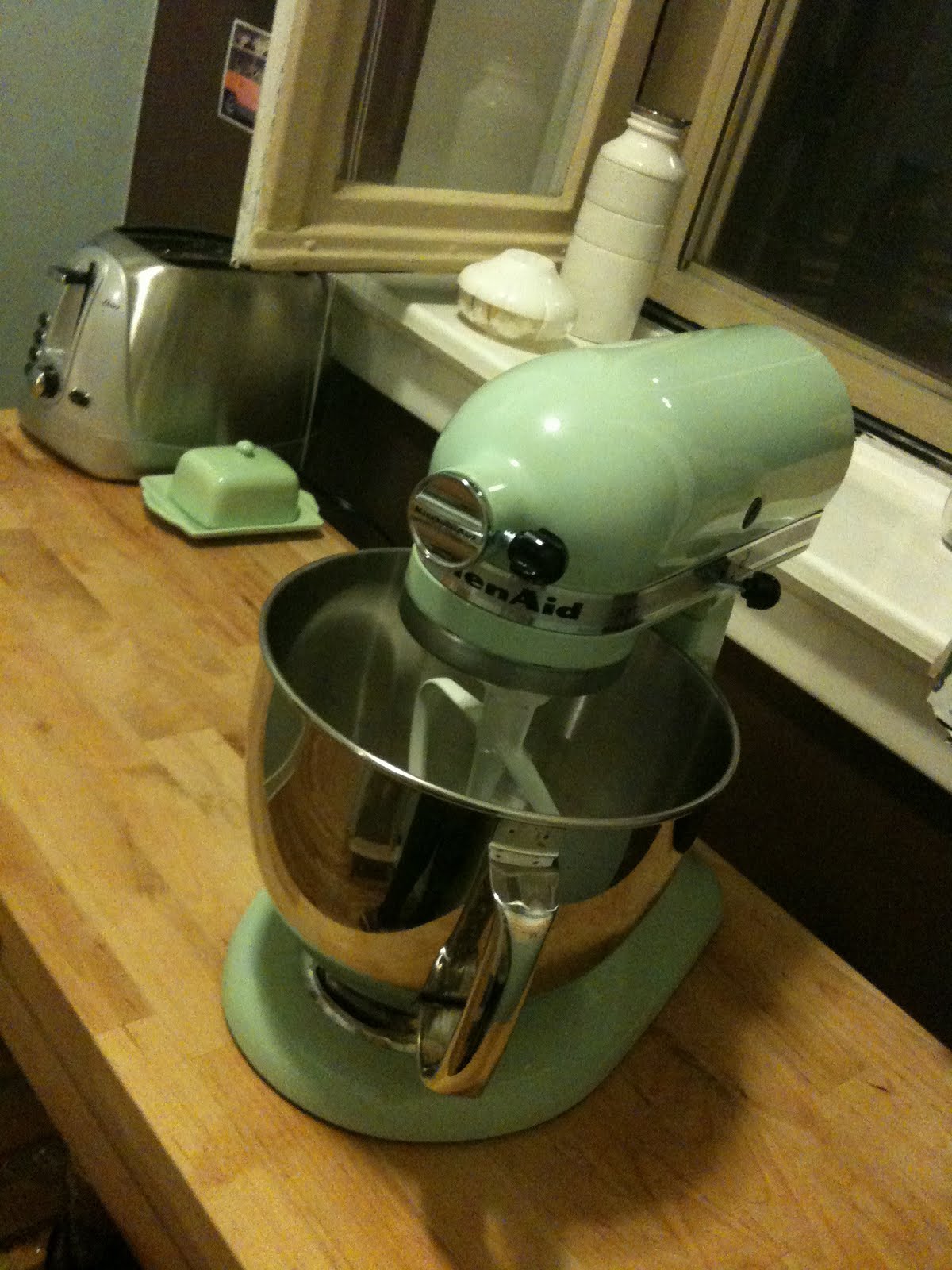 I couldn’t be happier with it. It’s a beautiful piece of equipment and I’m really pleased with the way it looks in the kitchen. To be honest, I was torn between the Artisan series versus the Artisan Desire series with a glass bowl. How cool would it have been to see the batter being mixed through the glass? In the end, I chose the Artisan series because it offered a wider variety of colors, and I figured I could just buy the glass bowl separately (admittedly, at a surprisingly steep price) if I wanted to treat myself. Regarding the mixer’s actual aesthetic value, I found only one (not necessarily) aesthetic flaw: the mixer’s weight. Oh boy! That thing is a hefty 25lbs. That’s the weight of the kettlebells they make us swing around at Crossfit! 25lbs is fine, but the KitchenAid is also an awkward shape to carry — as I was unwrapping it from its box, I was paranoid that I was going to drop and shatter the thing. Interestingly enough, I also seem to have bought one of the lighter models — the Classic Plus and Ultra Power weigh in at 26lbs, whilst the Artisan Design mixer comes in at a whopping 29lbs! Good lord.

So, in the end, would I say that the KitchenAid is worth it, despite these flaws? Yes, absolutely. I’m still really glad I bought it and I’ve been pretty happy with the results. HOWEVER, lusting after a kitchen appliance for four years?! Yikes. Don’t do that. It’s really unhealthy — not to mention pretty pathetic — to idealize a product like that and it’ll just set you up for disappointment. So just take the plunge and buy one. Or put it on your Christmas list or something.

You won’t regret it, despite the flaws. I promise. 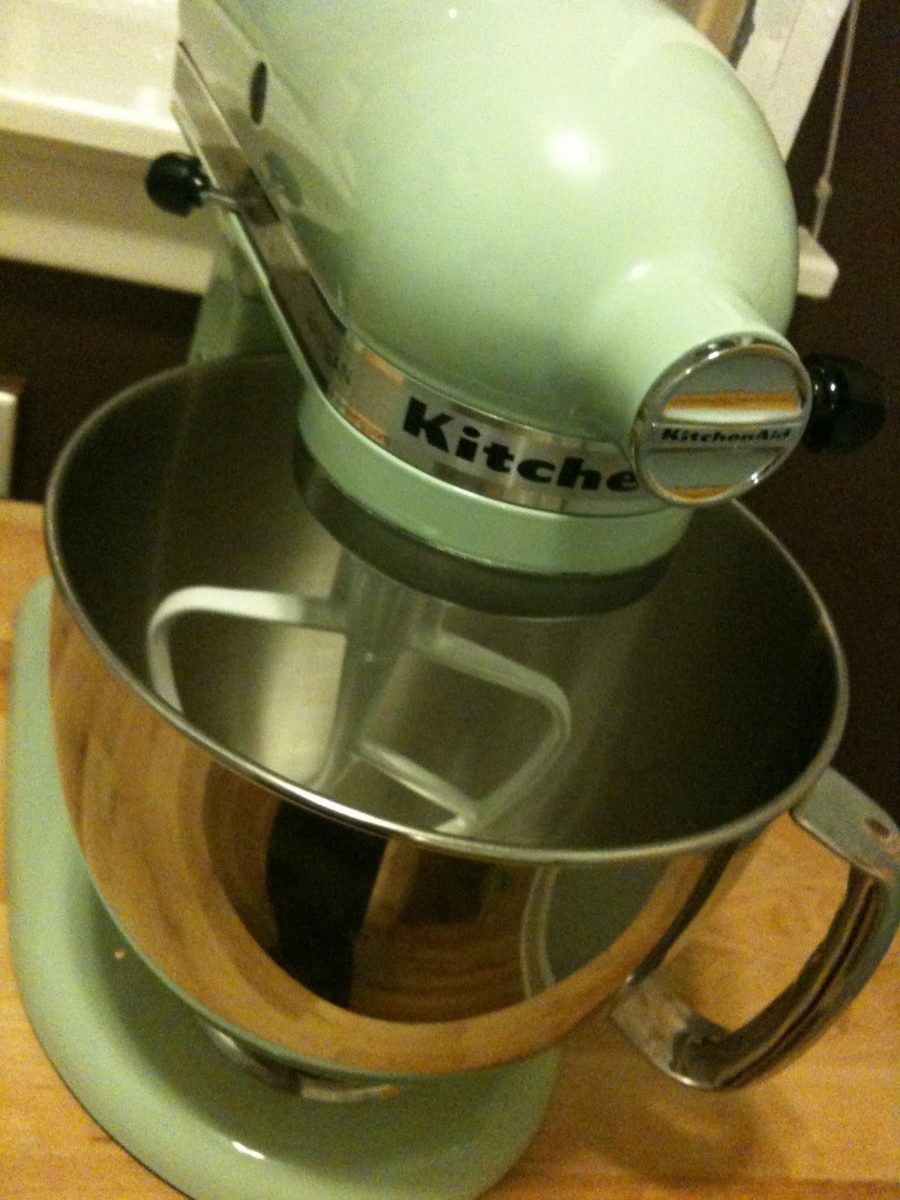 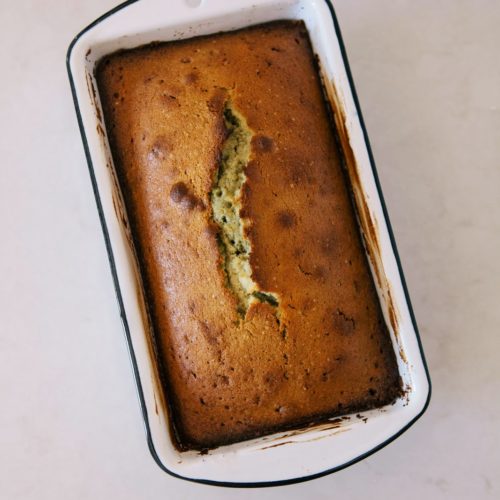 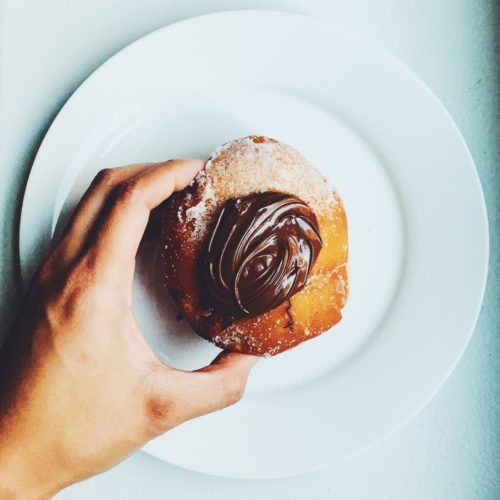 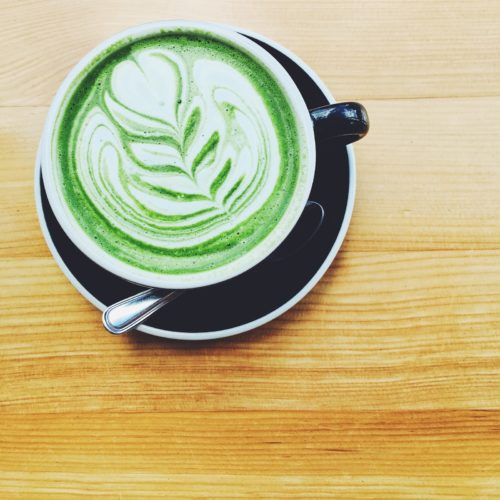