Atlantic Beach Pie is similar to key lime pie, but made with lemon juice instead of limes. Both have creamy, tangy citrusy fillings that are baked in a crumb pie crust. My recipe, however, is a modern twist on the vintage recipe. Traditional Atlantic Beach pie recipes instruct you to make a pie crust out of saltine crackers, but I substituted the crackers out for Nonni’s Limone Biscotti crumbs for even more lemon flavor.

This post has been sponsored by Nonni’s. I received product and compensation, but all opinions are my own. 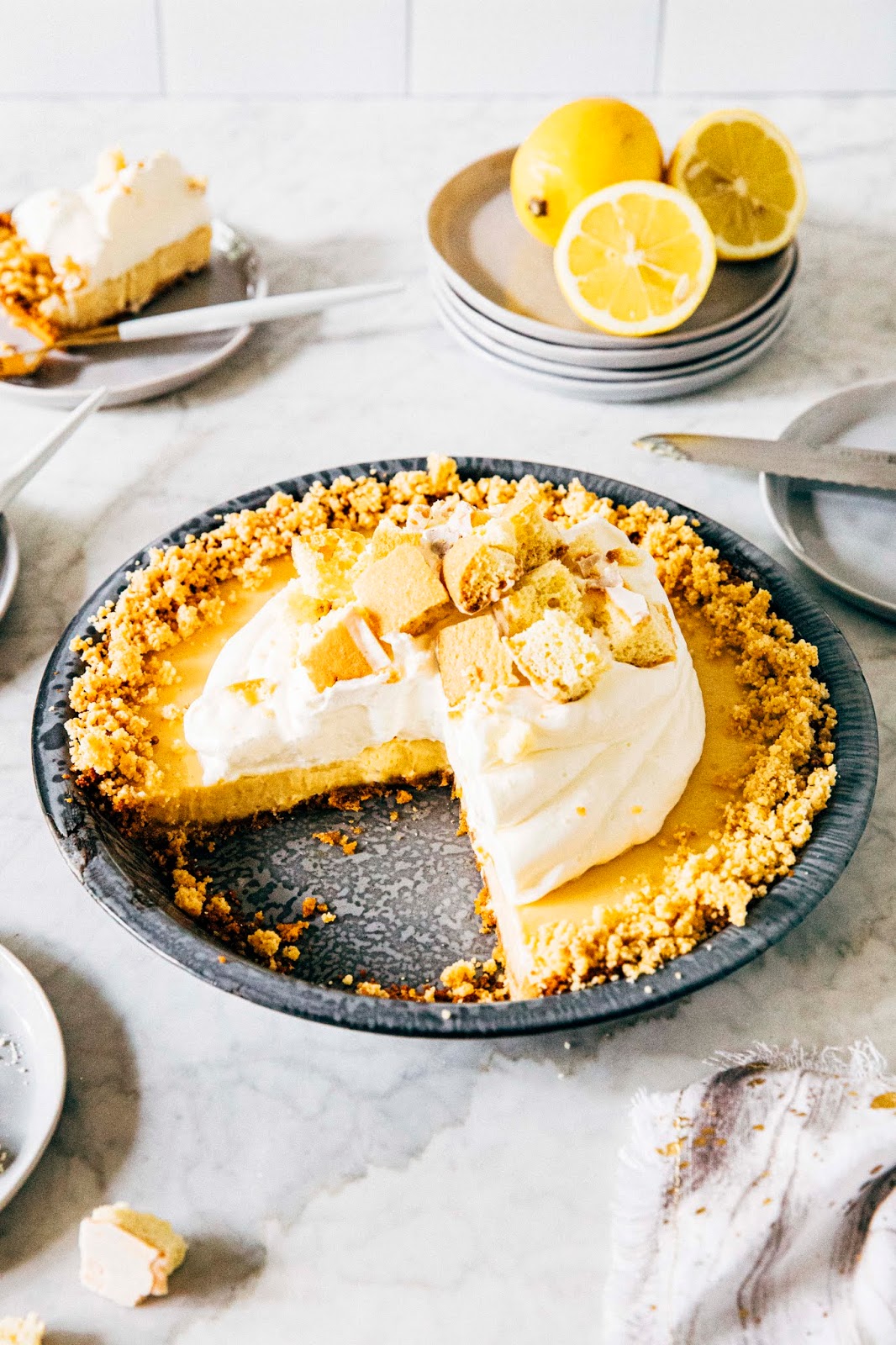 Many years ago, I was running late for work at my job at a tech start-up. As mundane as it was, I still remember because it was actually A Notable Event for me. I’m the kind of person who is hardly ever late; in fact, I’m almost always ten minutes early to everything because I’m one of those Very Type-A people who believe that “on time is late.”

That day, however, I was late enough that I grumpily hopped into my car, with every intention of speeding to work. But something happened. Usually when I get in my car, my first priority is always to fiddle around with the radio or my iPod to find the perfect playlist for the drive. But in my rush to get to work, I’d left it set to its last setting: NPR. And on All Things Considered, a woman was describing a recipe for Atlantic Beach pie. Her description of the pie was enough to make me forget that I was in a mad rush to get to my office: a “dense, crispy, thick crust”, a filling of “tanginess and sweetness”, and a taste so delicious that the pie almost put her in a fugue state where all she could say about the pie was “oh my god, oh my god, oh my god.”

I knew I HAD to try it. I filed a mental note to look up her recipe and bake one for myself. And almost eight years later, here I am finally following up on that note, lol.

Why You Should Make Atlantic Beach Pie

Recently, my sponsor Nonni’s asked if I would be interested in hosting a Dip and Donate Party to benefit Alex’s Lemonade Stand Foundation, a non-profit that helps fund research to find a cure for childhood cancer. All I needed to do was invite friends and family over for lemony drinks and nibbles, all in exchange for a small donation to Alex’s Lemonade Stand.

I was stoked; I’m always down to entertain for a good cause! I immediately started planning the menu with all my best lemon recipes. I decided to focus on drinks and desserts you could eat by hand like cookies and cakelets, all centered around one big lemony showstopper. Spoiler alert— it’s Atlantic Beach pie, haha:

I hosted my party this past Saturday, February 15—just in time for International Childhood Cancer Day. But you can participate anytime you want, too! Plus, for every social post with the tags @NonnisFoods, @AlexsLemonade, and #DipandDonate between now and the end of the year, Nonni’s will donate $1 per social share to Alex’s Lemonade Stand Foundation. Be sure to tag me on Instagram too if you make any of my lemon recipes above!

Another Dip and Donate party tip: If you don’t have time to bake the Atlantic Pie, Nonni’s Limone Biscotti is delicious on its own and dipped in your favorite drink, like lemonade or coffee. 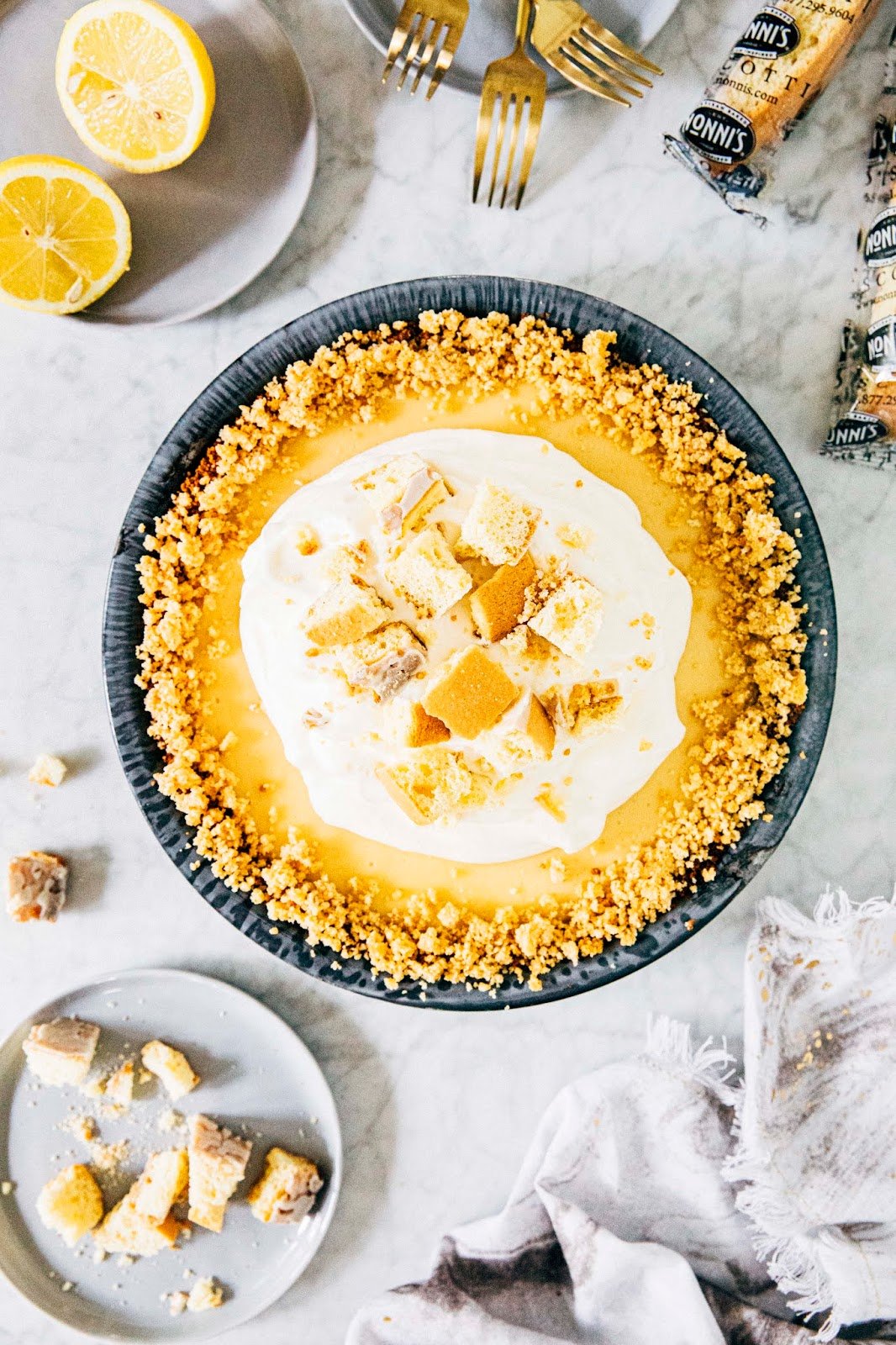 What is Atlantic Beach Pie?

So what exactly is Atlantic Beach pie, anyway?

I mentioned this earlier, but Atlantic Beach pie is basically a key lime pie, but made with lemon juice (instead of key lime juice) and saltine cracker (instead of graham cracker) crumbs for the crust. Most citrus curds get their sweetness from granulated sugar, but both key lime pie and Atlantic Beach pie are solely sweetened with condensed milk. That sweetened condensed milk is also responsible for giving the filling a creamy, melt-in-your-mouth texture that’s hard to replicate with more traditional curds. 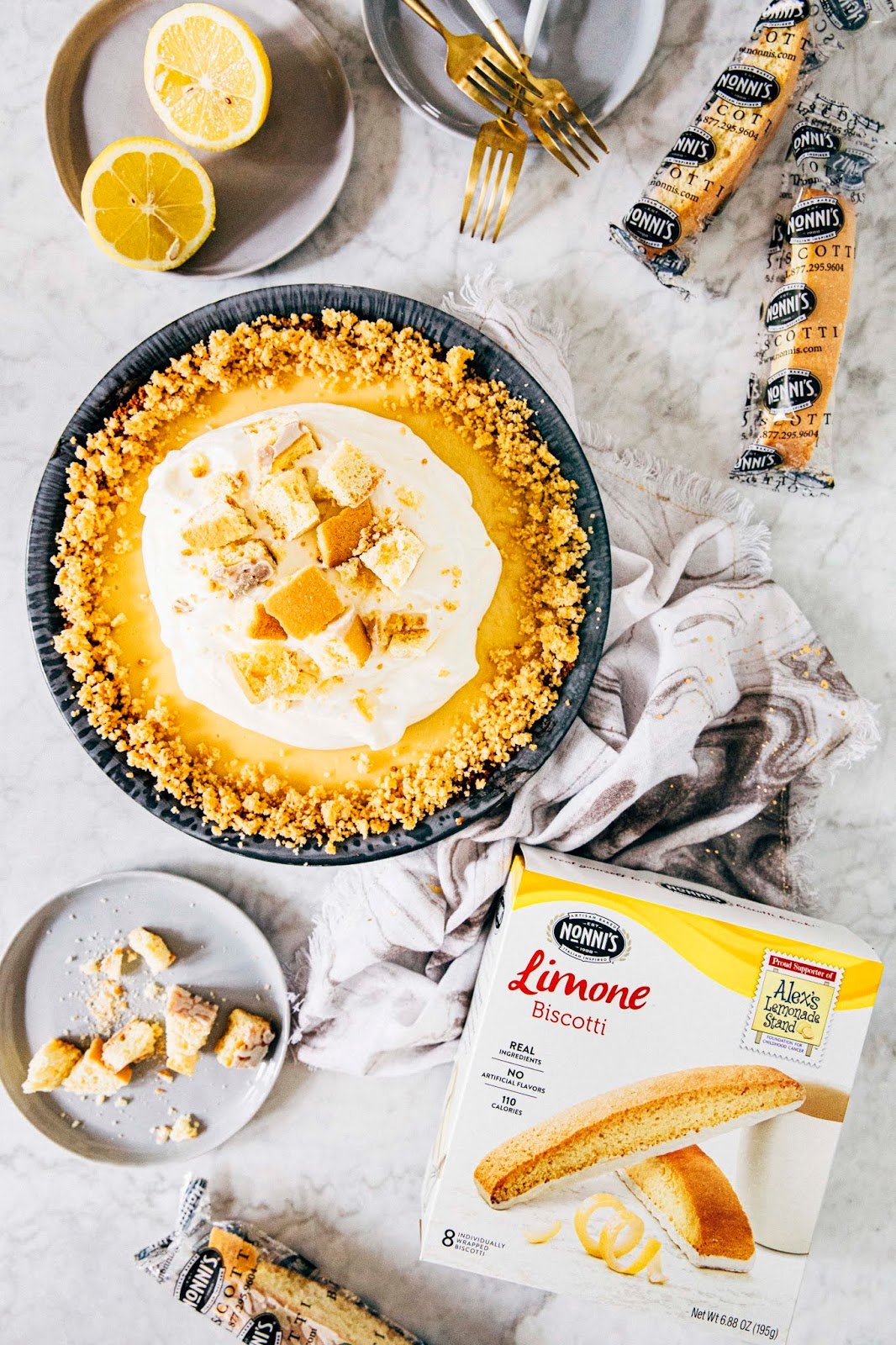 The origin of Atlantic Beach pie can be found in North Carolina, where it’s traditional for seafood restaurants along the state’s coast to serve a lemony dessert after an epic seafood feast. Apparently in the 1950s, many folks believed that eating dessert after a seafood meal could actually kill you. But there was one exception to this rule—lemon desserts were somehow okay? Something to do with digestion? I really don’t know, lol. What happens next is also unclear, but I’m assuming an enterprising chef swapped out the lime juice for lemon juice in a key lime pie recipe. From there, Atlantic Beach pie was officially born.

Early iterations of Atlantic Beach pie were also different to the Atlantic Beach pie that’s popular today. Instead of salty and umami saltine crackers, recipes called for sweeter ones. The pie was also topped with a meringue topping, similar to more traditional lemon meringue pie. 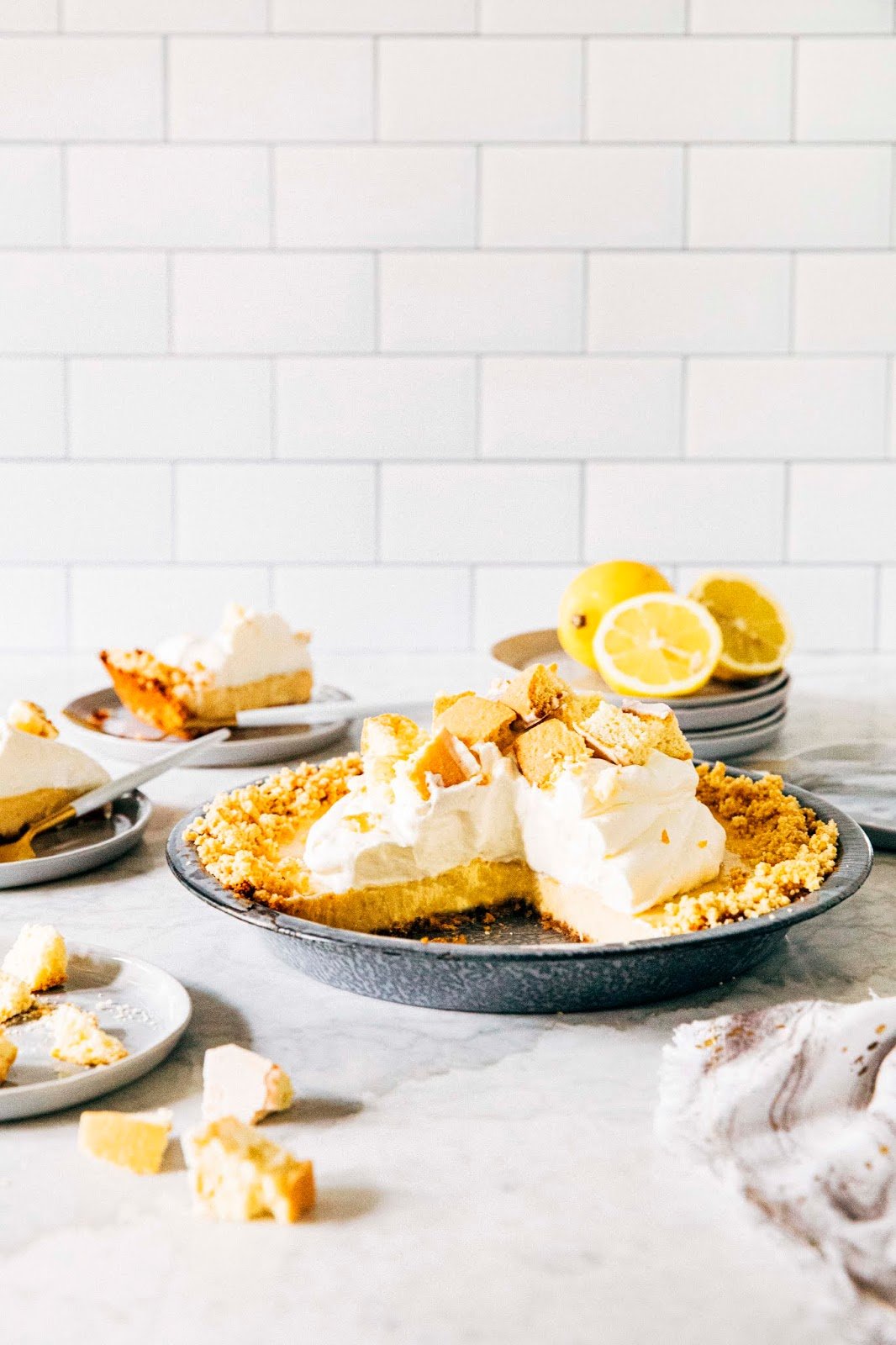 However, Bill Smith, the executive chef at the landmark Chapel Hill seafood restaurant Crook’s Corner, can be credited for the version of Atlantic Beach pie that most folks know and love today. It was he who first used saltine crackers in the Atlantic Beach pie crust and also substituted out the meringue topping for fresh whipped cream instead. And while those changes were initially controversial, his twist makes an Atlantic Beach pie SO good that his recipe went viral multiple times! In 2014, Food52 featured his recipe in their “Genius Recipes” column, and in 2018, the New York Times featured the exact same recipe as well. Oh, and in 2013, too! It was actually his recipe that the woman on the radio was gushing on about many, many years ago—yes, the very same radio program that actually inspired me to research and write this post!!! I’ve officially come full circle. 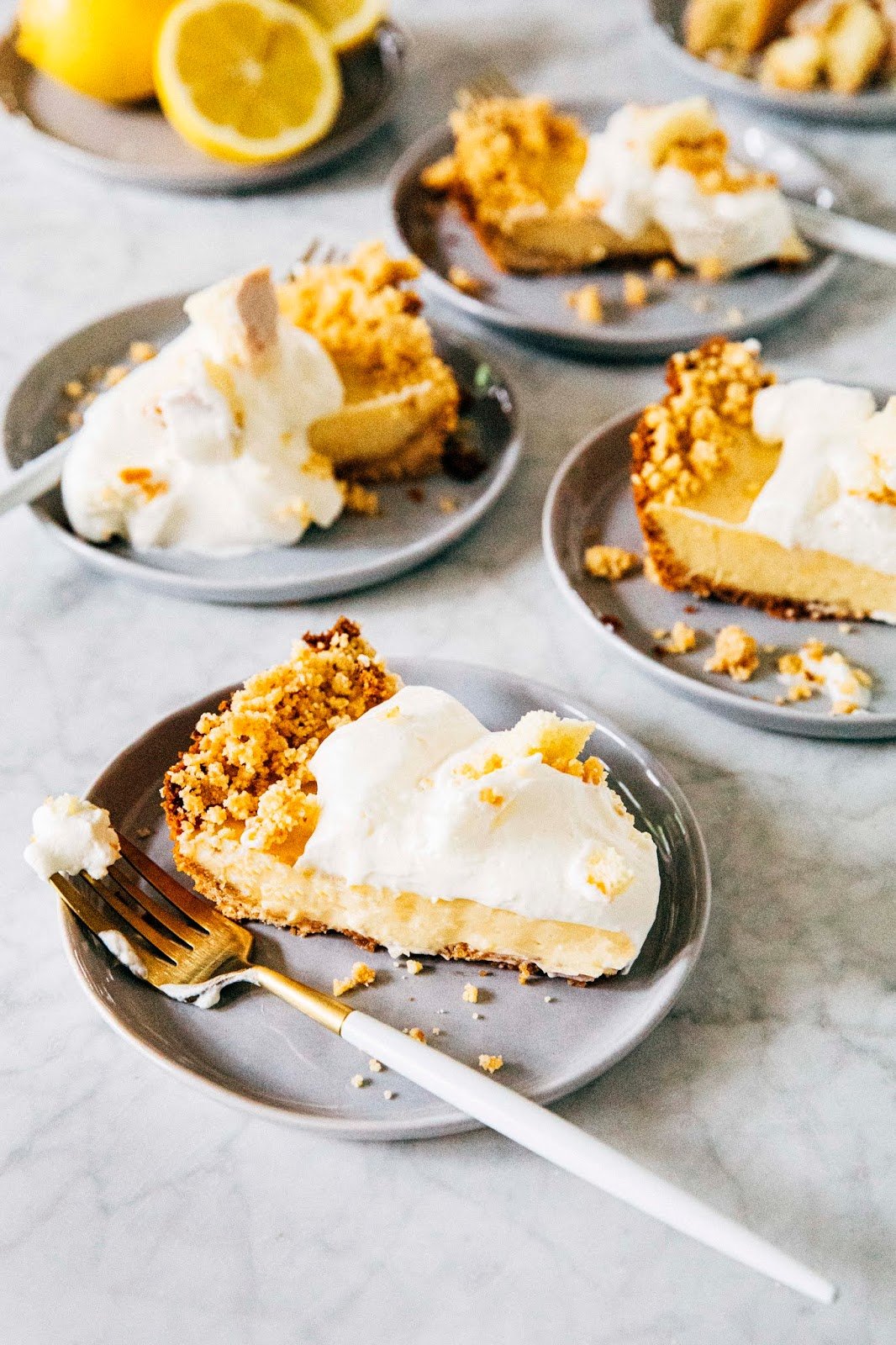 Now that I’ve convinced you to make Atlantic Beach pie, here are the key ingredients in the recipe worth chatting about:

Although traditional Atlantic Beach pie is made with a cracker or saltine crust, I found those crusts to be salty and distracting from the Atlantic Beach pie’s filling. I decided instead to swap out the saltines for a more delicate-flavored cookie like biscotti. But between you and me, I hate making biscotti at home since it’s a bit of a time-consuming process: not only do you need to make the cookie dough and shape it into biscotti, you then need to bake the cookies TWICE to get biscotti’s signature crunch and texture. It’s one of the few baked goods I’d rather buy at the store. My favorite brand is Nonni’s; their biscotti is rich in flavor, crunchy in texture, relatively low calorie (only 110 calories per biscotti!), and made with real, wholesome ingredients like eggs, butter, and sugar. They also come in different varieties like Salted Caramel, Turtle Pecan, and Toffee Almond. For my Atlantic Beach pie recipe, I used Nonni’s Limone Biscotti to complement the Atlantic Beach pie’s lemon filling.

As a result, this recipe uses both fresh lemon zest AND fresh lemon juice to make the filling. Although it’s much easier to buy pre-squeezed lemon juice at the store (which, in a pinch, I definitely won’t judge you for because I know how time consuming it can be to prep fruit), the freshly squeezed stuff will ultimately make your pie taste more fresh and flavorful. While it’s important to strain out the seeds from the juice, don’t worry too much about straining out the pulp from your juice—that’ll give the pie more flavor, too.

As I mentioned before, traditional Atlantic Beach pie recipes were made with a meringue topping. However, I found that the meringue and lemon filling together were too sweet; I much preferred Bill Smith’s variation with whipped cream instead.

Although you can use whipped cream from a can, the pie will last a lot longer in the fridge if you whip the cream at home yourself. Canned whipped cream tends to deflate after an hour or so, dissolving into a weird white puddle in the middle of your pie. Homemade whipped cream, on the other hand, takes only about 5 minutes to make and can actually stay whipped for more than 48 hours if done right. In later iterations of Bill Smith’s Atlantic Beach pie, he even recommends whipping in some cream cheese or mascarpone into the cream to help stabilize it. 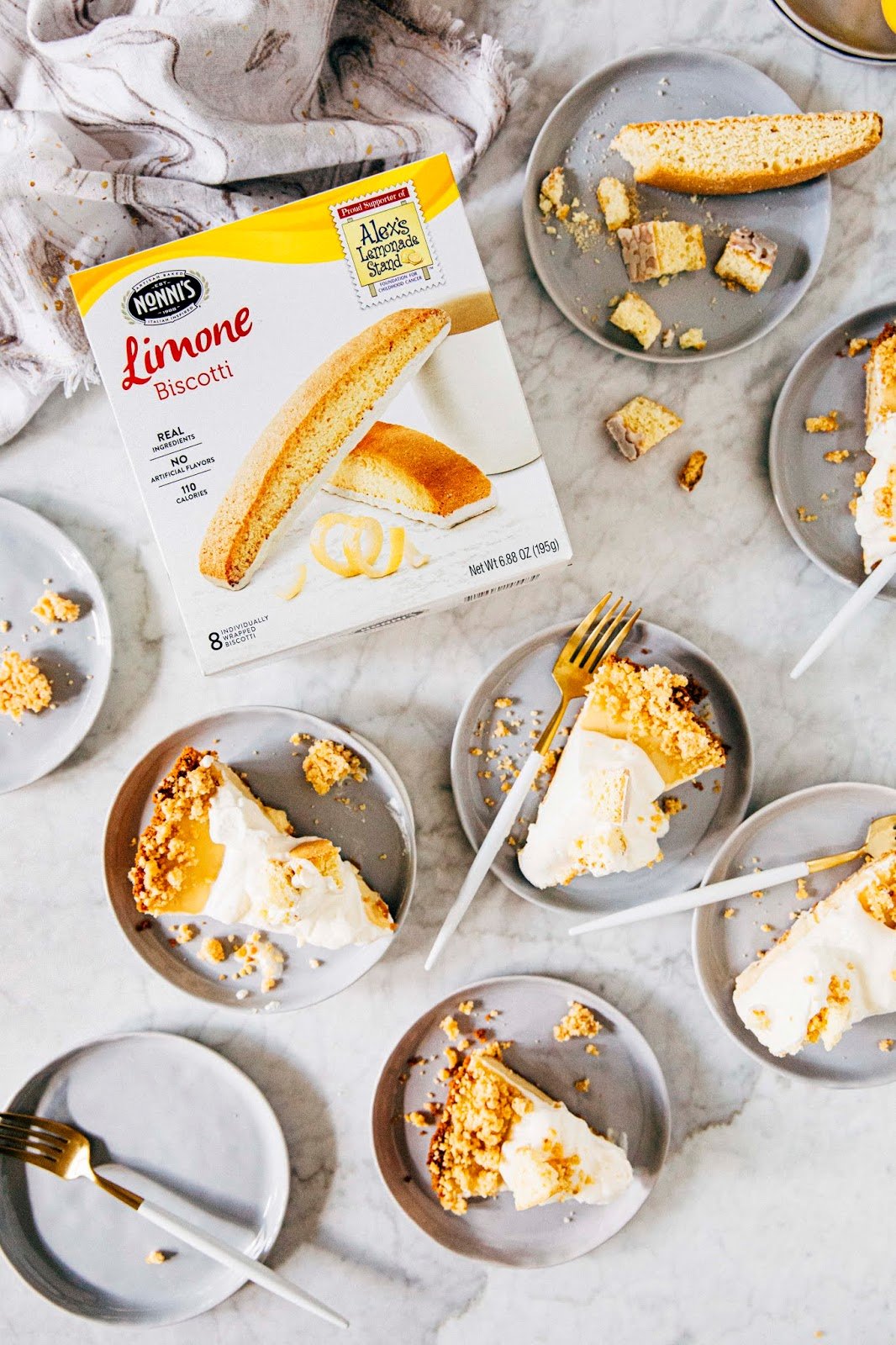 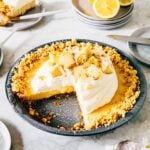 For the Biscotti Crust

For the Atlantic Beach Pie Filling

For the Whipped Cream

Day 1: Make the Crust, Filling, and Bake the Pie!

The Atlantic Beach pie can be stored in the refrigerator, covered loosely with plastic wrap, for up to 2 days. 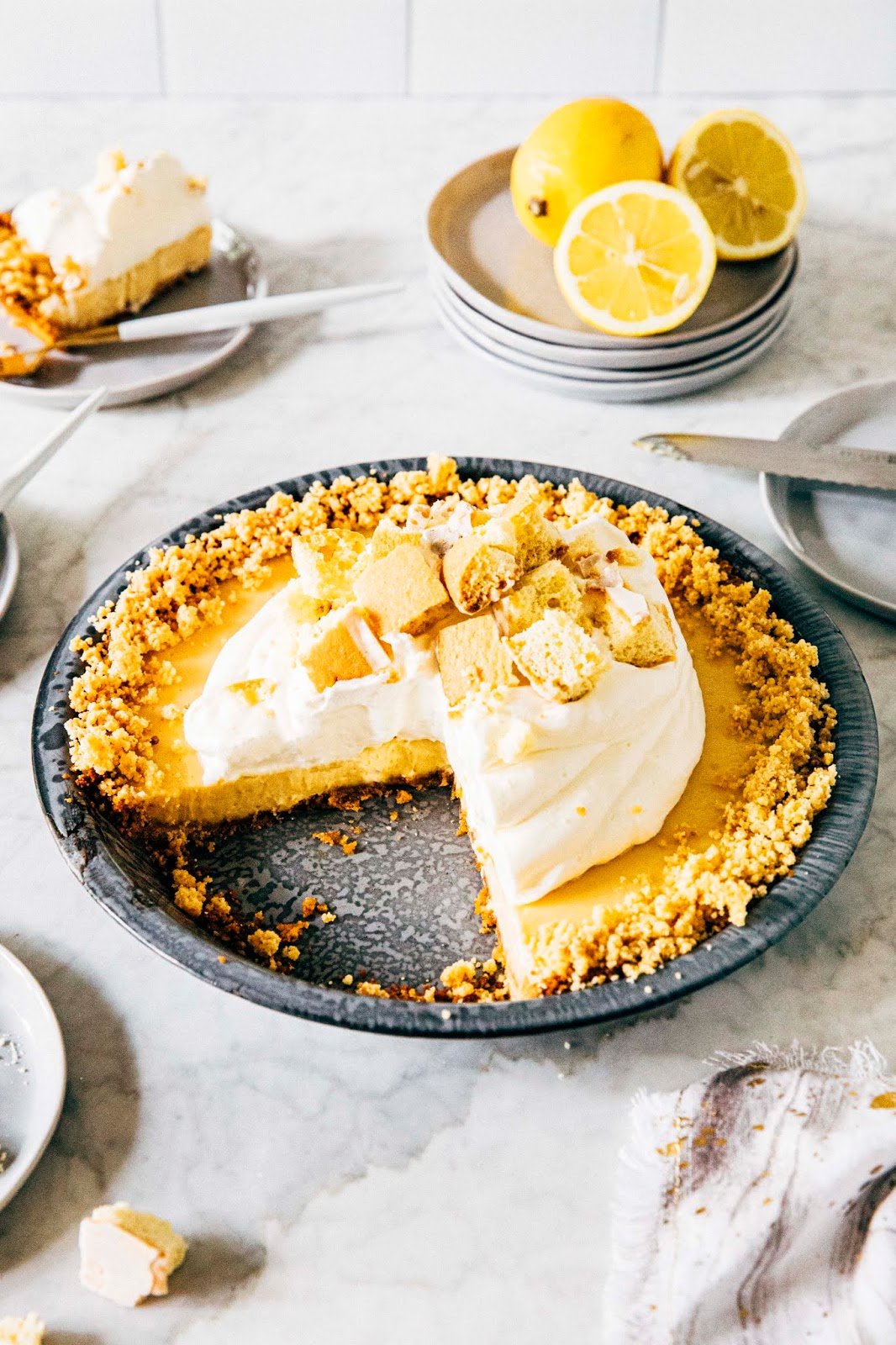 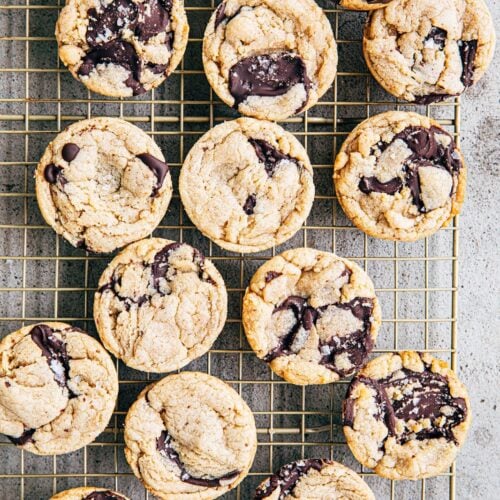 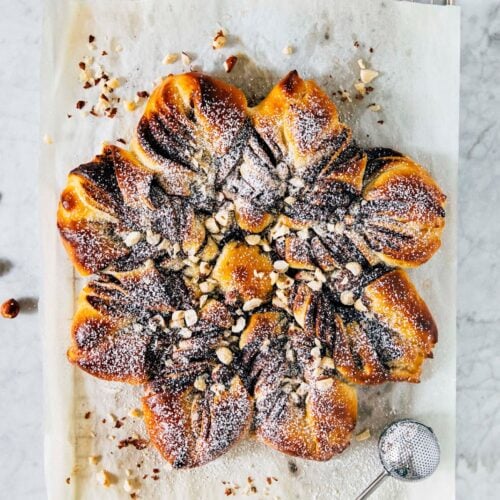